Raspberries are such a boldly flavored fruit that they pair perfectly with strong flavors like chipotle pepper and bright lime; this one-pot dinner takes only 30 minutes from start to finish. 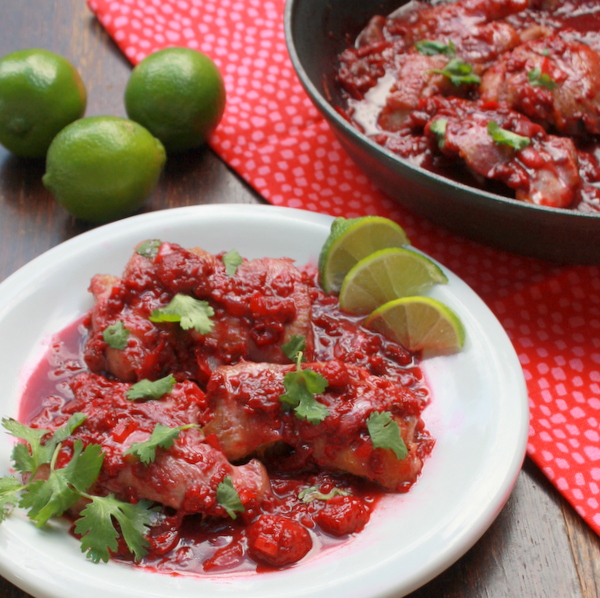 {Disclosure: I recently traveled to Lynden, WA, for a raspberry farm tour sponsored by the National Processed Raspberry Council (NPRC) but I was not compensated to write this post. Opinions and thoughts are my own and I have grown up adoring raspberries – since my dad grew them on our ranch.}

I’m pretty happy about that – because I’m such a summer girl at heart. And frozen raspberries help me HOLD ON to summer! They are almost like summer sun – frozen in the bag – as the time it takes from sun-ripened-berry-on-bush to individually-quick-frozen-berry is only a few hours.

This short time between picking to freezing raspberries locks in antioxidants and other nutrients. So it’s one of the reasons the nutrition found in frozen raspberries rivals any ‘superfood.’ They boast: 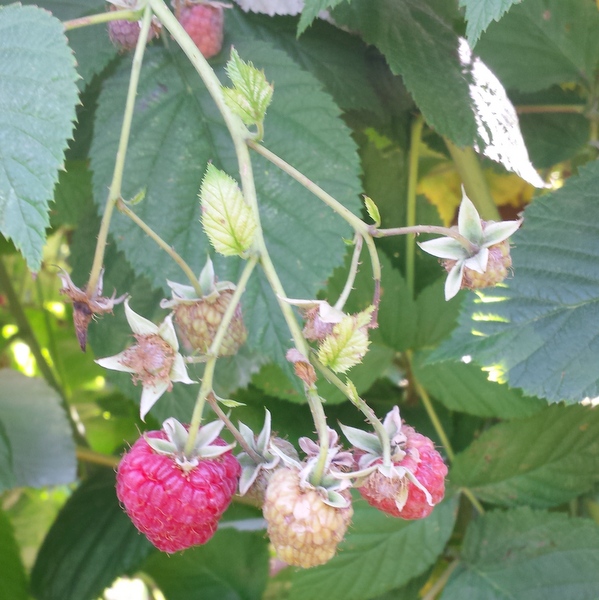 A farm girl at heart, I was fascinated by the process of picking and preserving raspberries on the farm. Check out this cool raspberry harvester (below pic) that’s calibrated to shake down only the ripest (and thus juiciest!) berries from the bushes. Stems and leaves are picked out by local high school students who are employed by farmers (and told me they ‘totally love’ their summer job.) And then the machine returns to the same field just three days later, to shake down the next batch of ripe berries. Because they are picked so often, only the ripest berries are frozen. 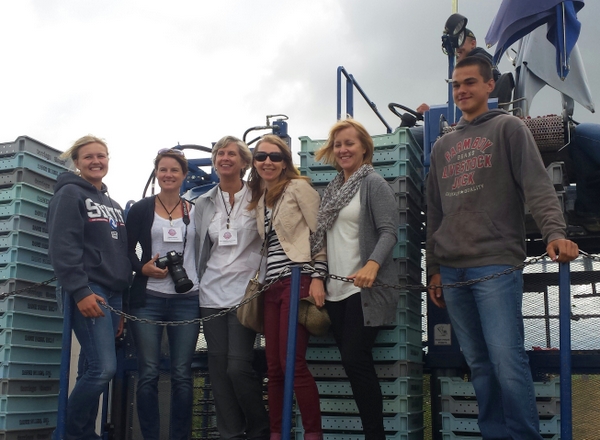 The sandy soil of this area of Washington is perfectly suited for raspberry bushes. And mustard or beans are grown between rows of bushes to keep down pests and help replenish the soil. Raspberry farmers are some of the hardest working folk anywhere. They sleep very, very little during the 5 week raspberry harvest season. And like farmers everywhere – their crop is extremely dependent on the weather. This year the sun had been especially hot – so the berries were ripening even faster than normal – leading to shorter nights and less sleep for farmers. And during the rest of the year, pruning, planting and caring for bushes is extremely labor-intense. 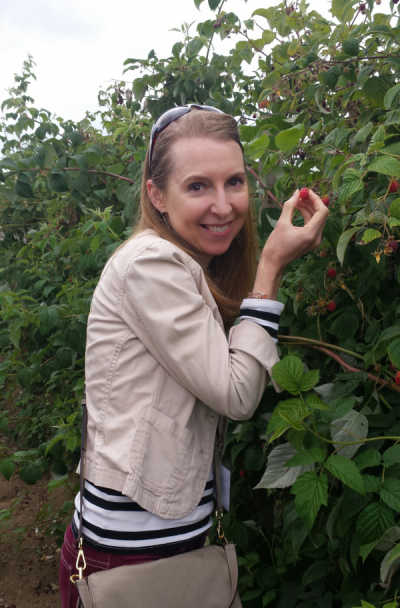 I was amazed by the state of the art food safety procedures in place in the giant raspberry freezing buildings – check out this automatic hand washer that ensures employees soap up and wash their hands for the specified amount of time (which as every mom knows, is the time it takes to sing the ABC song!) 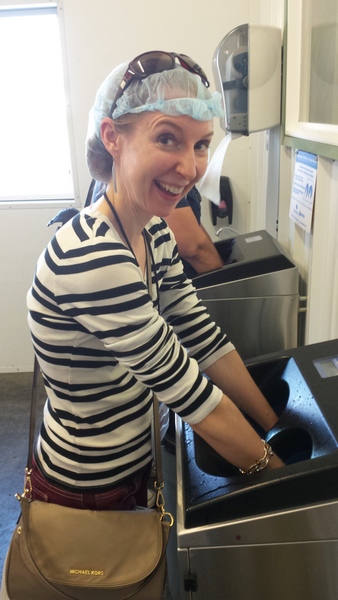 (And for another hairnet beauty shot, check out this one of Deanna!)

I created this recipe to highlight one of the surprising things I learned about raspberries on the tour: Because of the bold (sweet AND tart) flavor, raspberries pair deliciously with other bold flavors:

Fall in love with the spicy, sweet, tart, savory combo raspberries with chipotle chilies, adobo sauce, lime and cilantro; it’s a one-dish dinner that takes only 30 minutes from start to finish.

What do you like to pair with raspberries? Is it frozen raspberry ‘season’ at your house yet?

Looks like it was a fabulous trip - I love learning about how foods are grown, harvested, and packaged! I would never have thought to combine raspberries and chipotle chilis in adobo! Need to give that a try!

Raspberries are a fascinating plant to watch - they are the most difficult berry to grow, harvest and take care of on the off season. I was amazed how hard these farmers work! Thanks JEssica!