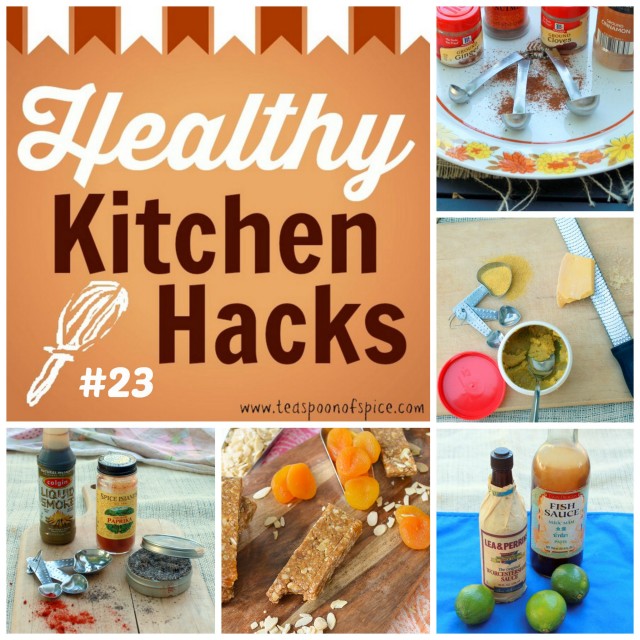 Do you ever pull out a basic cookbook and turn to the back to check out the “Emergency Substitutions” chart? If not, they are great resources. So is Google. Of course.

But Google doesn’t always deliver a tried-and-true substitute. So, I’ve been keeping a list of some of the subs I’ve made lately – that really DO work – and are certainly not on the back page of my red and white checkered Better Homes & Garden cookbook.

Here are 5 surprising kitchen substitutions that just might save your recipe:

1) No Fish Sauce? No Problem
Via @Eat By Date 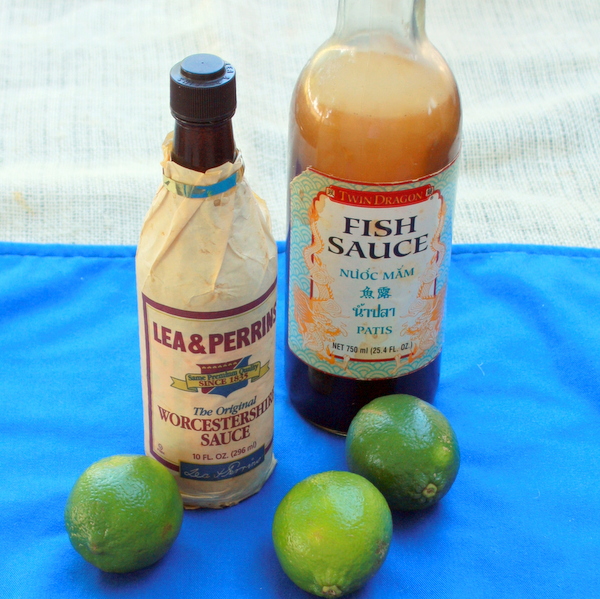 Worcestershire sauce is slightly sweeter than fish sauce because it contains a small amount of molasses (and some Worcestershire contains high fructose corn syrup – so look for brands without.) The proportion is basically 1:1, but to make this substitution really work, add tart lime or another acid to balance things out. Check out this table for amounts. 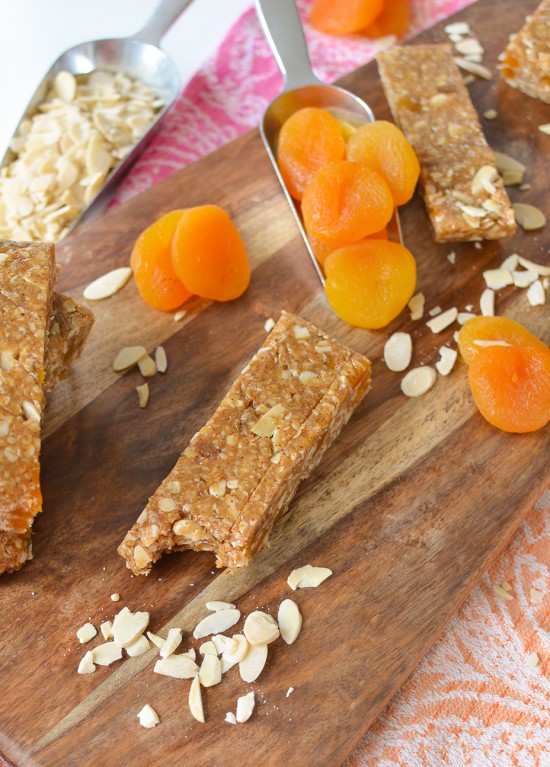 I would have rather used honey in these No Bake Almond Granola Bars from Alex @DeliciousKnowledge. And I usually have honey in my cupboard. Except when I didn’t.

So, my options were: 1) Disappointing my kids to whom I’d promised the granola bars in their lunches 2) Substitute light corn syrup for honey – in a scant amount – and getting smiles all around.

I chose #2 and Alex’s bars turned out so, so delish with a few tablespoons less corn syrup than the called-for amount of honey. (FYI, corn syrup is NOT the same as high fructose corn syrup.) 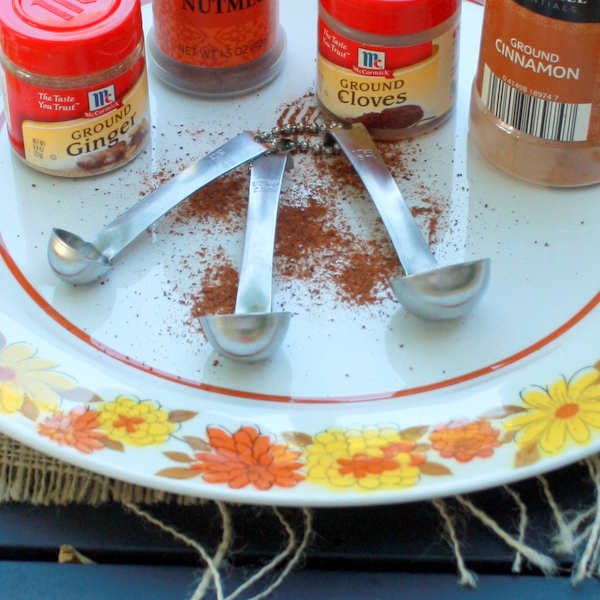 Erin shows you the spices to make your own spice mix.

Here’s my own recipe for HOMEMADE PUMPKIN PIE SPICE:

Just mix together the above spices in a small bowl. (You can easily double the recipe.)

Make your own pumpkin spice latte and save coffee cash. Sprinkle homemade pumpkin pie spice onto fresh coffee grounds and then brew. Add milk for your own PSL! 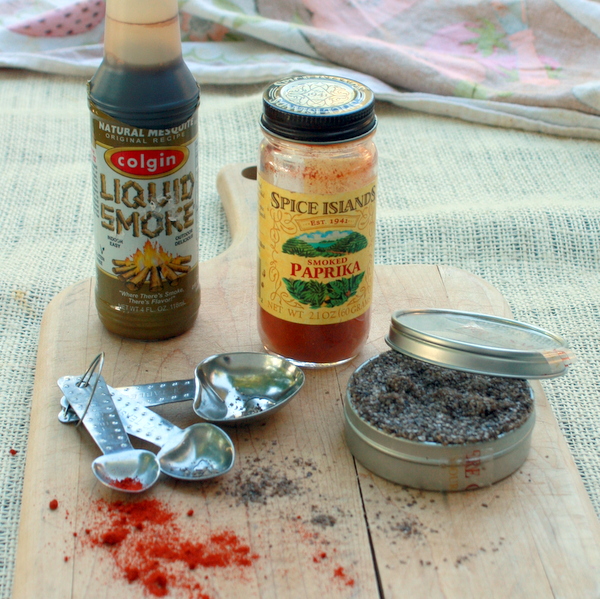 Liquid smoke appears to be making a retro comeback. I’ve seen it lately in smoked tofu, barbecue sauces, vegan bacon and cocktails. (And no, it’s not weird chemicals – it’s basically water collected over smoke.) I recently added it to this easy-to-make, protein-packed Bacon Turkey Jerky.

(And one more sub in the above photo – smoked salt – if you happen to have that.) 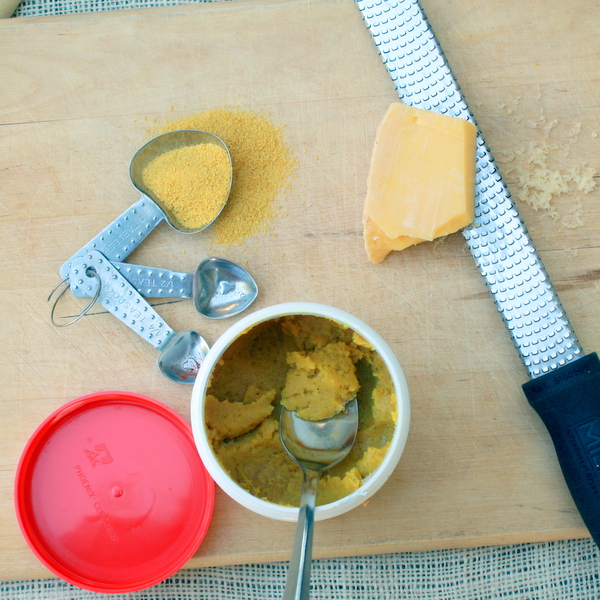 Flaky nutritional yeast is a flavor powerhouse as an ingredient: Nutty, cheesy, a bit bitter and lots of savory unami. It’s often used as a vegan cheese substitute like in these “Cheezy” Roasted Tomatoes via @Carrie On Living.

Would you try any of these hacks? Do you have healthy kitchen or healthy living shortcuts to share? Shoot us an email (ddaly@teaspooncomm.com or sball@teaspooncomm.com ) or share below and we’ll try them out.

Since I always have fish sauce on hand (rarely worworchestershire sauce..fish sauce is so much simpler to say haha), I can use it instead of the w sauce now ;). I remember feeling really weirded out at first by nutritional yeast, but I must say, it's pretty good!

Worcestershire sauce is just as difficult to spell as it is to say, right Min?! And nutritional yeast still has that funky smell...but I agree it perks up veggies!

Such a great list to keep for those times when I'm in a pinch :)

Thanks Rachel. Here's hoping you're not in a pinch too soon!

I love these healthy kitchen hacks! Nothing is worse when you are making a recipe and realize you don't have a key ingredient, and it's so true, Google doesn't always have reliable substitutions. I'm excited about the pumpkin pie spice!

Loving all of these substitutions, especially the fish sauce! I NEVER have it, but almost always have Worcestershire.

Plus, I love adding a sprinkle of cinnamon to my coffee grounds (in my real coffee maker), so now have to up my pumpkin pie spice game for the fall. :)

I love this! And your new website looks fabulous, nice work! I think the pumpkin spice hack is brilliant, I use this all the time. Saves a ton and keeps it fresh! I must be living under a bubble because I'm just recognizing the full power of this series and I love it. Where have I been for the other 23?! :) One hack I love using is making homemade dressings with Greek plain yogurt and just about any spice or vinegar, heck even salsa, I've made that week. So simple and delicious. Plus, it saves a ton of room on your refrigerator door from all the dressing bottles!