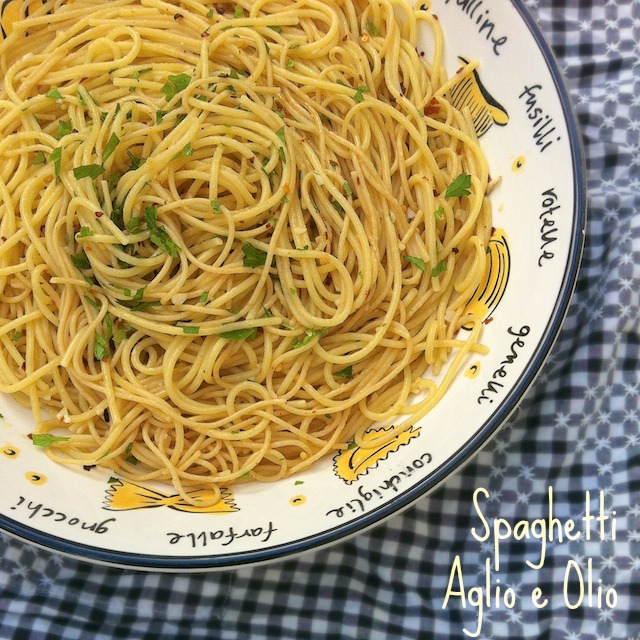 This month’s Recipe ReDux theme married two of my loves: food & movies. With the Academy Awards just days away, we ReDuxers were charged with creating a healthy recipe inspired by our favorite food scene or featured dish from any movie, in honor of the Oscars. As much as the display of wealth and glamor can be stifling, I sheepishly admit, I love the buzz of Oscar night (I’m totally rooting for Argo.)

It was quite fun going through all my favorite movies in my mind, thinking of food scenes while trying to narrow down to the one recipe to make. Some had obvious foods scenes (Eat Drink Man Woman) and some did not (Sixteen Candles – though there’s that birthday cake in the last scene.)

But in the end, I knew it had to be from The Godfather series. My Italian-American hertiage totally draws me into these movies – Goodfellas, Moonstruck, Big Night. The mannerisms, the dialogue, the food are so relatable to my mother’s family (OK, except for the mafia references) – it’s like coming home when watching them. 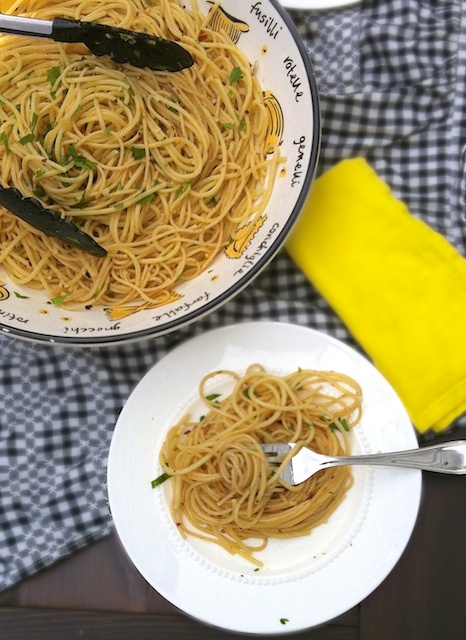 Spaghetti Aglio e Olio (or spaghetti with garlic and oil) was inspired from a minor scene but one of my favorites from The Godfather, Part II. As young adult, Vito (Robert DeNiro) is meeting with his two friends Clemenza (Bruno Kirby) and Tessio (John Aprea) in his New York tenament home, discussing how to deal with the ruling neighborhood Don. Vito’s wife moves back and forth between the kitchen and dining room, handing over simple bowls of spaghetti as the men speak in Italian, with great gesturing to make their points, while expertly twirling their pasta, napkins tucked under chins. 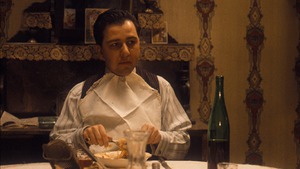 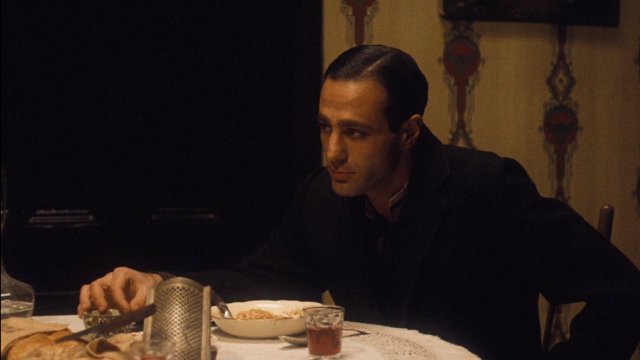 Who knows what type of spaghetti they were eating but I guarantee it was a simple dish like most Italian pasta dishes – uncomplicated and using simple, fresh ingredients.

Some pointers to this recipe:

I can just hear my Grandpop saying “Mangia! If you don’t eat, the heck with you!” 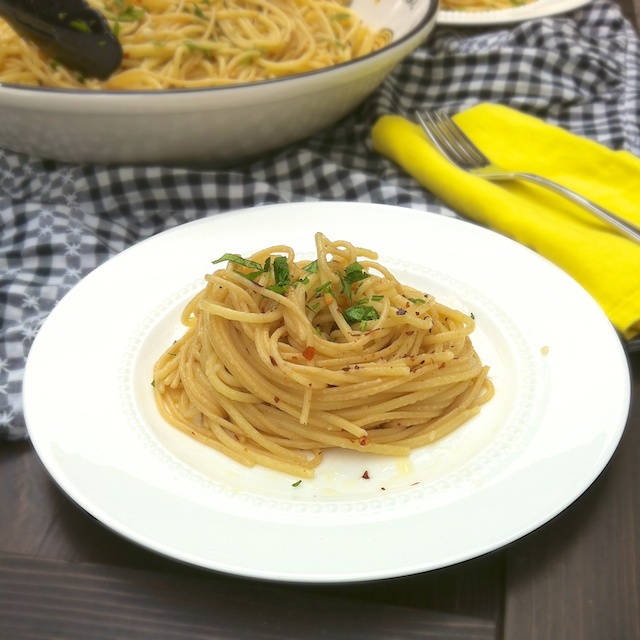 What is your favorite food scene from a movie? Who are you rooting for to win an Oscar this year?

hello, i was wondering what other spice can i used to replace the red pepper flakes since i'm unable to find it... would the japanese chili pepper or the mexican chili peper be a good option? would it change the flavor of the dish? what is the flavor of the spaghetti like ? should it be spicy? sorry so many questions but i've never tried this type of pasta, but would love to do so now... thanks!

You could use cayenne pepper or another chili pepper for the same taste or you could leave it out all together for a milder tasting pasta - it doesn't have to be spicy.

Love the simplicity. I have become friends with an Italian and LOVE cooking with her. Delicious, simple, uncomplicated.

I love how this recipes offers a huge amount of flavour without being so saucy. Loves it!

Yum! I love Spaghetti Aglio e Olio! Reminds me of my childhood. We ate dishes like this all time time in my big family, it was cheap and filling!

LOVE the pasta! Looks so good! But never saw the Godfather movies, sounds like I am missing out!