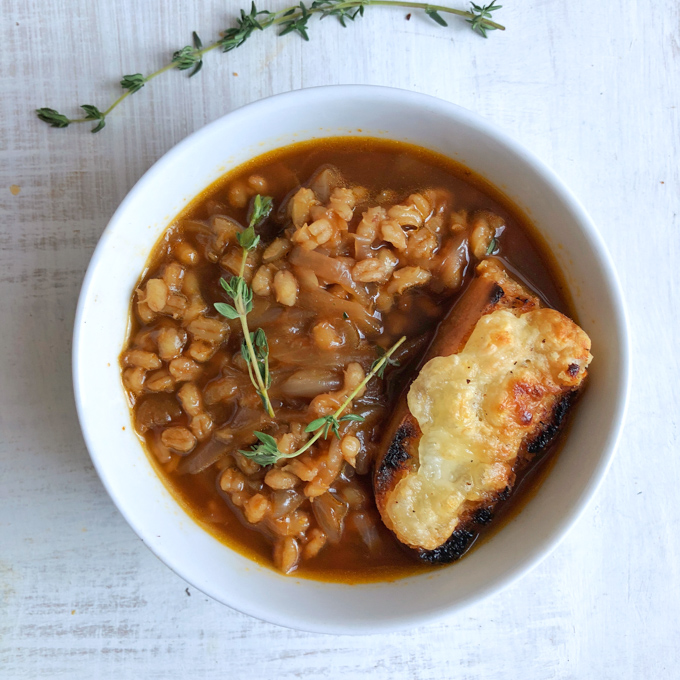 Even though we are heading into the heart of spring, there are still chilly days hanging around, which, of course, are ideal soup days. And this mash-up recipe of French Onion Soup blending with Vegetable Barley Soup is one that I’ve made often over the past few months.

It’s a pretty simple recipe – the most laborious part of it is the cutting of the onions and caramelizing them. If you aren’t in a rush and don’t feel like keeping an eye on the sauteeing onions, use one of my favorite Healthy Kitchen Hacks: How To Caramelize Onions in Your Slow Cooker.

Now, French Onion soup traditionally uses a beef broth base, so to keep this recipe vegetarian but still get that meaty, umami flavor, I used a few splashes of soy sauce.

In this version, I have the cheese toasts on the bottom of each soup bowl, but if you’d rather have that traditional yummy cheese topping melted on top of your bowl, make plain toast and add to the bottom of your bowl. Fill with soup and top with the cheese. Place under the broiler for about 2-3 minutes or until melted. 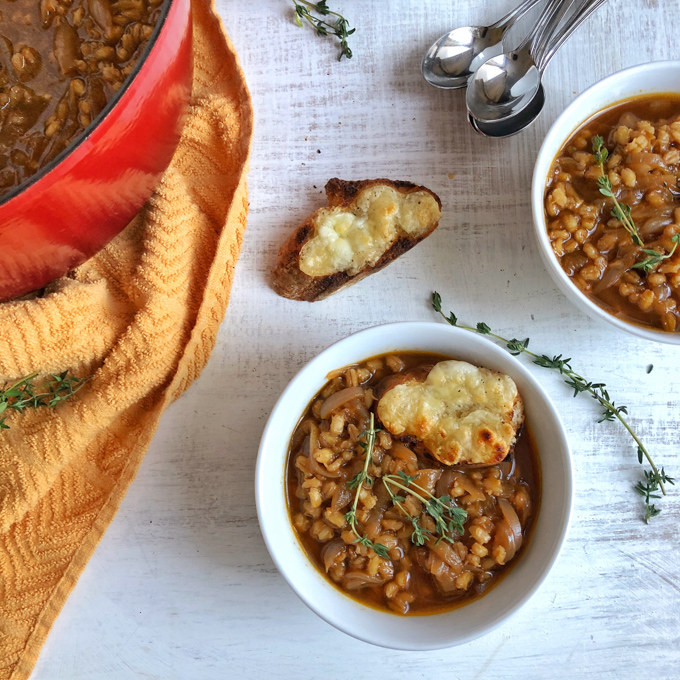 I’m thinking I’ll mix cooked mushrooms into the next batch I make for extra savory flavor – not to mention barley and mushrooms make a lovely pair.

What’s your favorite soup these days?