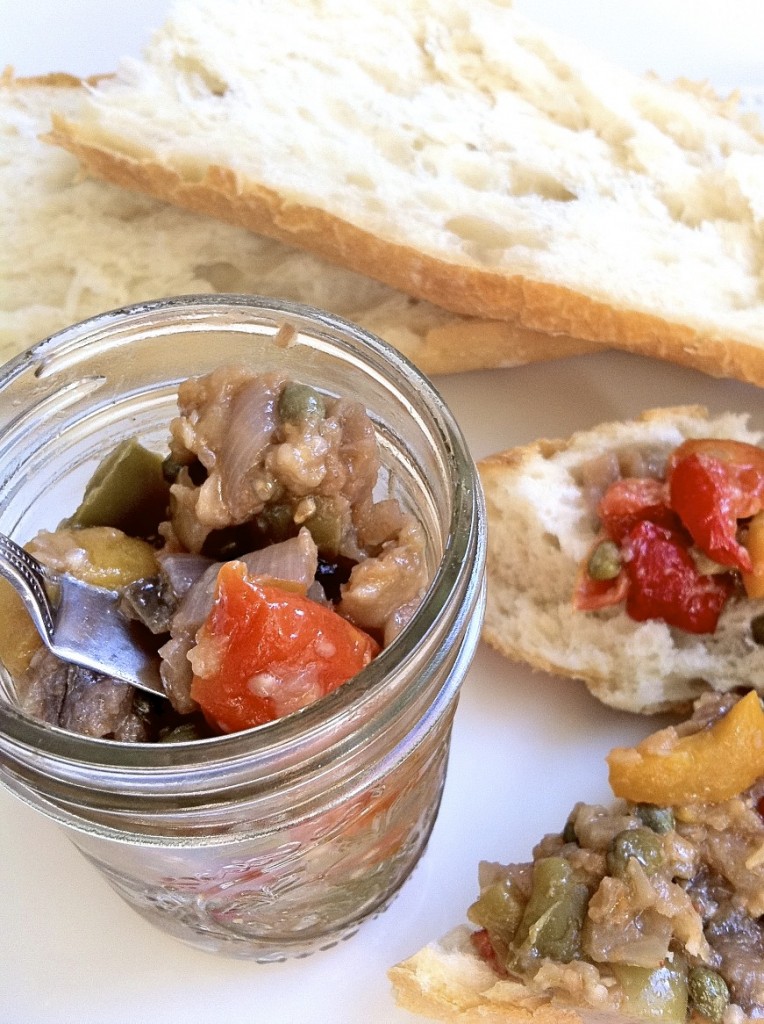 This month’s Recipe ReDux theme is “Dressing For Success” (condiments, spreads and salad dressings) and almost immediately I knew I wanted to make caponata. Caponata is a sweet and sour type of relish from Sicily traditionally featuring eggplant, onions, celery, olives, capers, olive oil and vinegar. I fell in love with Sicilian cuisine during my honeymoon – several countries have invaded this island over the centuries, which is reflected in the cooking. Beyond the obvious Roman influence, you see Greek, North African and Middle Eastern ingredients in many traditional dishes there.

For my version of caponata, I like to add in green and red peppers as well as tomatoes.

Make your own caponata! 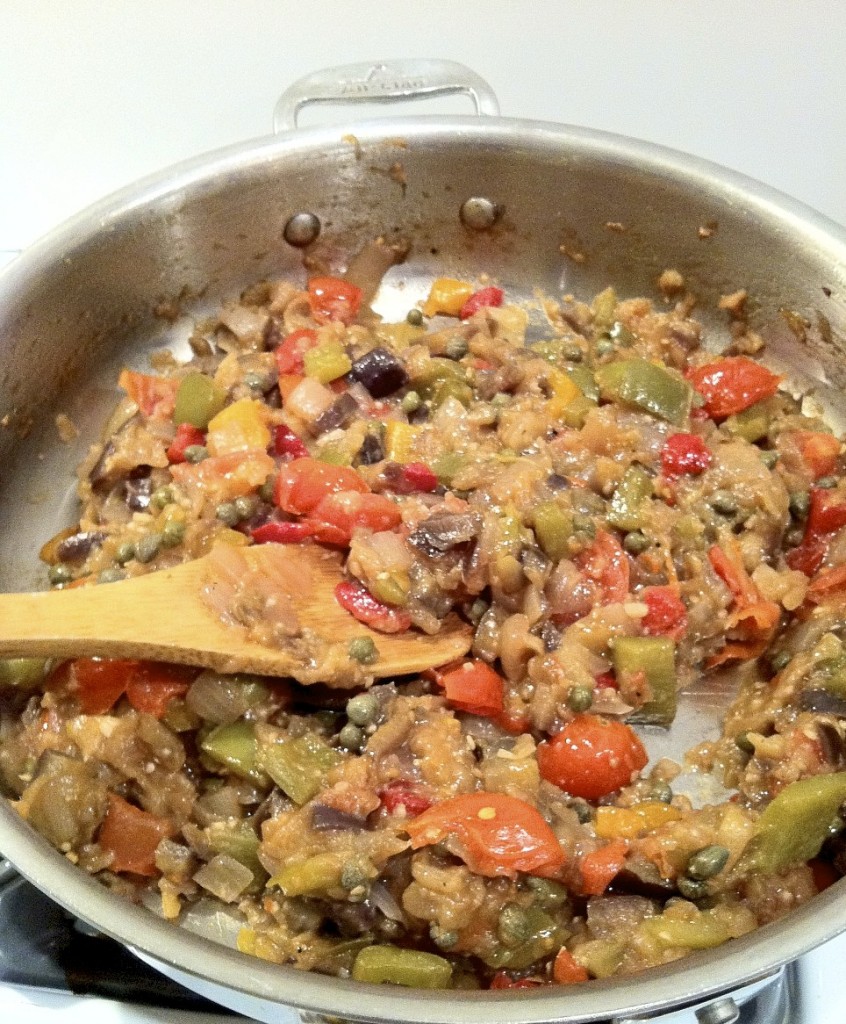 My favorite way to eat it is slathered on thick slabs of crusty Italian bread. Other ways to enjoy: mixed into polenta, folded into an omelet or stuffed into zucchini, peppers or squash. It’s also a great side for chicken or can be mixed into any grain dish. 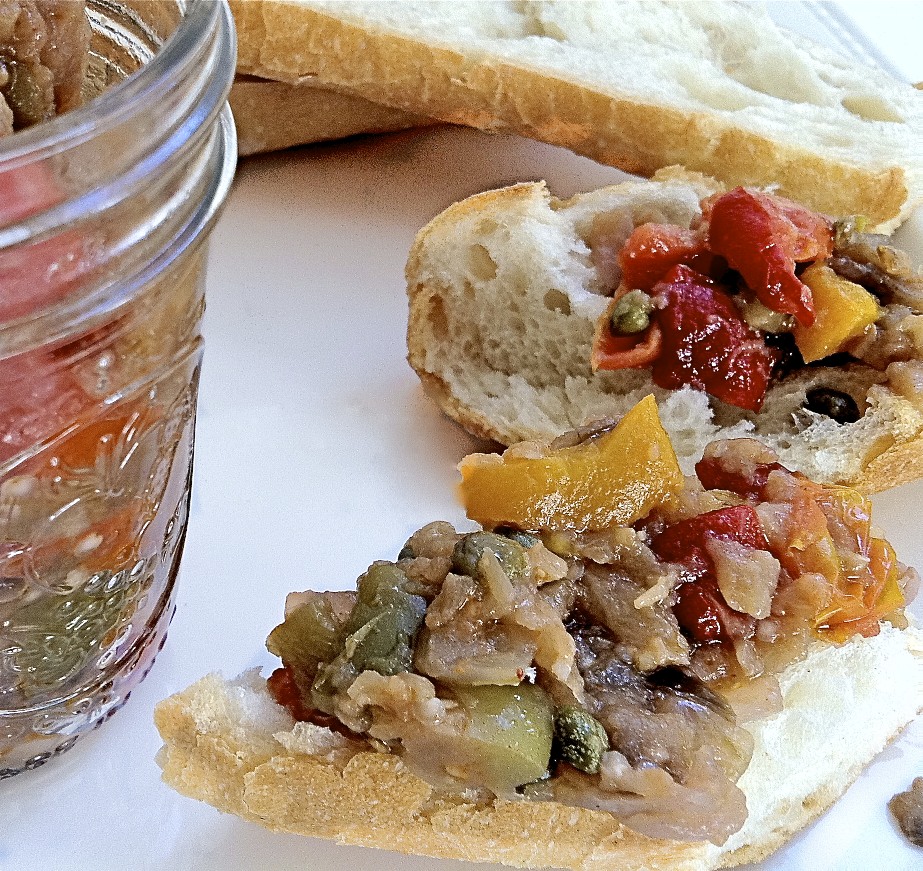 Capers are a great touch!