Sweet and savory waffles are as light as air – plus the ‘secret’ ingredient of mashed potatoes makes these Maple Cheddar Potato Waffles extra moist. They are also a good way to refuel after a workout! 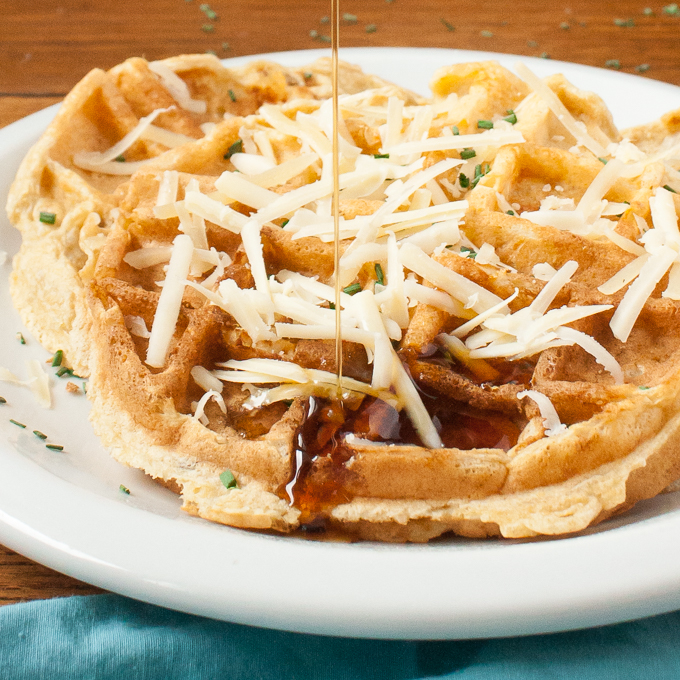 [Disclosure: As co-owner of The Recipe ReDux I was compensated to manage this recipe contest.]

I didn’t run in middle school. (And back in the day it was called ‘jogging.’)

I didn’t run in high school, except when we had to do laps for tennis practice.

I didn’t run in college.

I’d just always thought, “I’m not athletic enough to be a runner.”

It wasn’t until I moved to Boston for my dietetic internship that fellow interns said they were going for a run on the Charles River. Wanting to soak up all the Bostonian cultural experiences possible, I decided to tag along. I still remember that first run. It was a sunny, crisp New England fall day (totally cliché, but true!) as we ran along the river watching the crew boats. And I ran a full 45 minutes and kept up with my new friends. 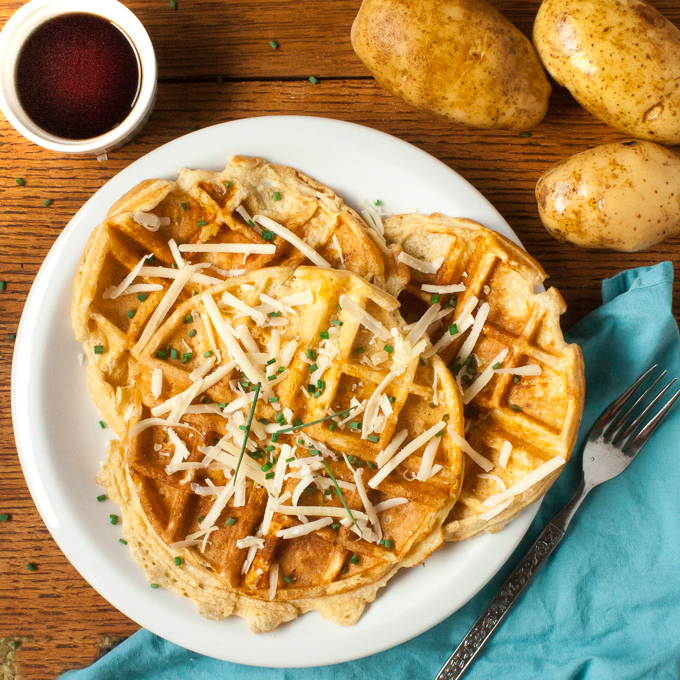 I still run about once a week – short distances – along the country roads where I live now. And sometimes post pics here of barns and corn fields and such.

But my biggest running success is my two daughters, after never, ever running with me once, have joined the middle school cross country team. They say they don’t really like to run. But they do like to get out of the house and just be by themselves…going somewhere.

I’m so happy they’ve found that little joy earlier than I did. 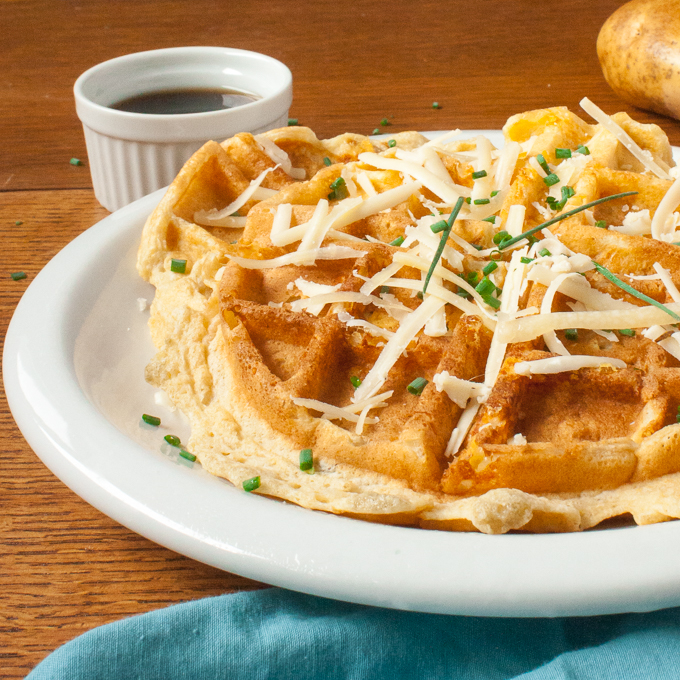 And these are now their, and my favorite post-work-out refueling meal. These waffles are especially good for re-energizing because they contain potatoes – and the perfect ratio of carbohydrates to protein. So I was excited to share them as part of our Recipe ReDux challenge with Potatoes USA. #ad Sweet and savory waffles are the perfect way to refuel: Maple Cheddar Potato Waffles #TheRecipeReDux @TspCurry Click To Tweet

Potatoes provide the carbohydrate, potassium, and energy you need to perform at your best.

With the perfect proportion of carbs to protein, these light and airy waffles are a sweet-savor way to refuel after a workout – or just a long walk.

If you like these, try my Maple Pecan Pumpkin Waffles. 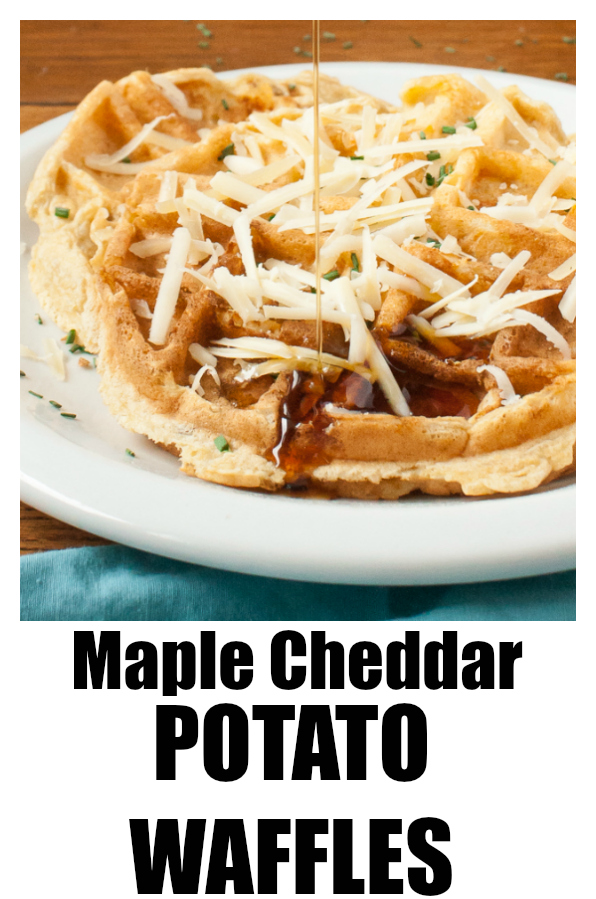 Those look absolutely lovely. I can't wait to make some over the weekend. Thanks for sharing your recipe Serena and Deanna!

These look so good! Love a sweet and savory combo!