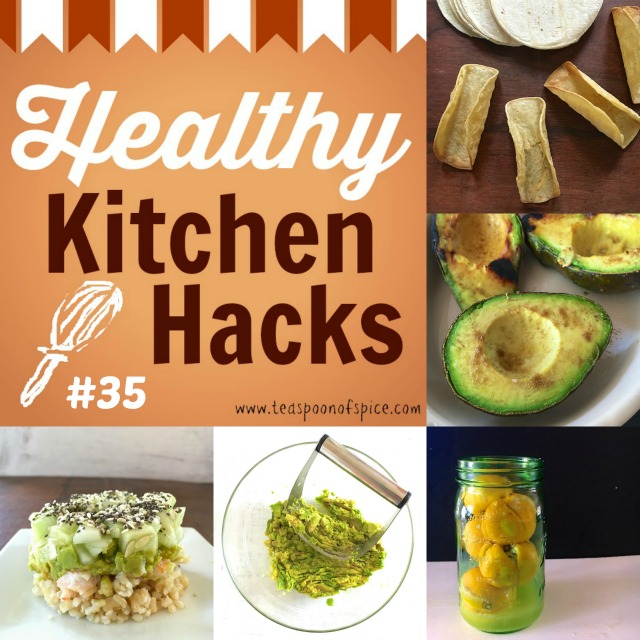 Time for another Healthy Kitchen Hacks post! Here are the top 5 shortcuts/tricks/mini-recipes I’ve been trying out in my kitchen in the past week: 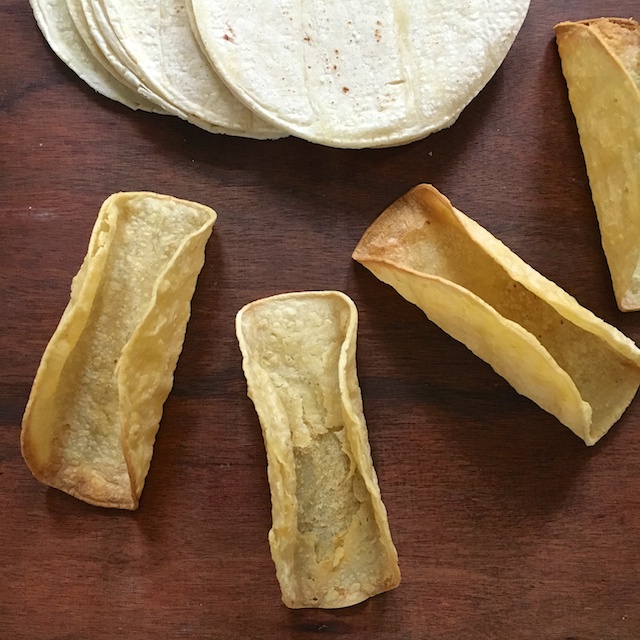 Tacos are in our weekly menu rotation and I usually have Trader Joe’s Taco Shells on hand but I wanted to try this trick to make your own taco shells from soft corn tortillas in less than 10 minutes in your oven.

And not only did it work like a charm, but I liked them better than the commercially made hard shells because the base of the shell is wider (you drape the tortilla over two rungs of your oven rack) so less likely to break while you eat it. #BONUS

Make this: Sloppy Joe Tacos (a rare recipe that both my 8 year old and husband love!)

And if you like this hack, here’s a previous hack on how to make taco bowls in your oven. 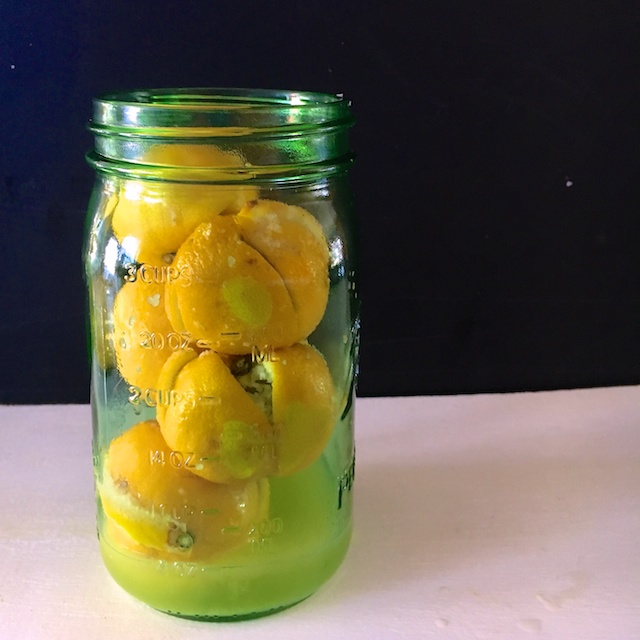 Ever since getting my hands on Ottolenghi’s Plenty (my favorite/most used cookbook in the past few years), I’ve wanted to make preserved lemons, which are a common ingredient in many Middle Eastern and Moroccan dishes. They have an intense lemon flavor but are less tart – they are commonly used to flavor chicken dishes, salads, whole grains and the list goes on.

Katie has a recipe for Easy Preserved Meyer Lemons (she loves them in tuna salad!) that I followed using regular lemons. They are super simple to make – the hard part is being patient for a month while they transition to something magical.

Make this: 5 Ways to Use a Jar of Preserved Lemons and Braised Moroccan Chicken and Olives

3) How to Roast Avocados
via Cooking Light 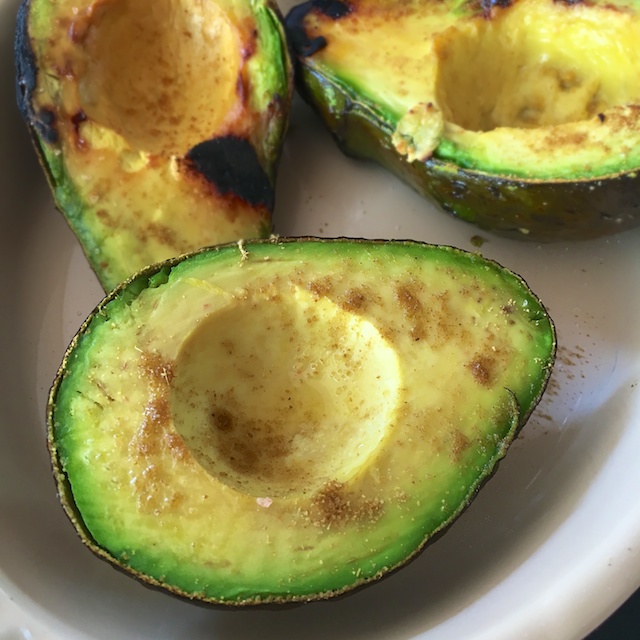 It never occurred to me to stick an avocado in the oven until I saw Cooking Light’s recipe for Grilled Chicken with Seared Avocados and a light bulb went off. Roasting avocados gives them a deeper flavor and takes your homemade guacamole up a few notches, too.

Cut in half and remove the pit from two avocados. Sprinkle a 1/4 teaspoon of both sugar and salt (and cumin if you’d like) over top and stick in the oven at 425 degrees for about 10 – 15 minutes. If you are also roasting fish, chicken or meat for dinner, cook the avocado halves along side. 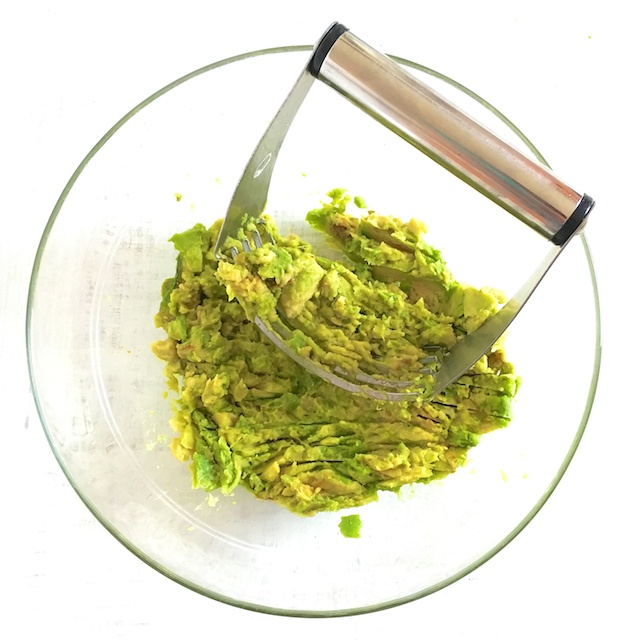 Speaking of roasted avocado guacamole, the next time you whip up – or I should say mash-up – a batch, use a pastry blender or a potato masher. These kitchen tools work especially well when you are making guac for a crowd and you’ll get through those avocados a lot faster than using a fork. 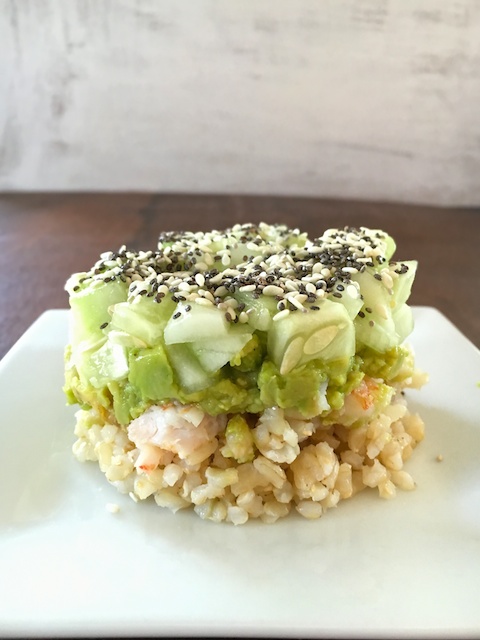 I’ve been wanting to make this Spicy California Shrimp Stack from Skinny Taste since I pinned it last year because it looked so delicious. I also thought of it as the ultimate sushi roll hack – no need for the nori wrap or a sushi mat. Instead, all you need is the ingredients and a 1-cup measuring cup.

My first attempt was a flop as I packed the measuring cup too tightly. My second stack came out much better (though admittedly not as beautifully layered as Gina’s.) But no matter – they were delicious and I will be making them again, no doubt.

Would you try any of these hacks? Do you have healthy kitchen or healthy living shortcuts to share? Shoot us an email (ddaly@teaspooncomm.com or sball@teaspooncomm.com ) or share below in comments and we’ll try them out.

I love this collection of hacks. And I have to try the sushi idea. My 9 year old absolutely loves sushi so that would be a big hit.

Another great round of hacks Deanna! I loved Katie's post on preserving lemons and was actually thinking about it this week when I was in every supermarket looking for preserved lemons for a recipe i want to make this Friday. (I still haven't found any in case you have any suggestions where to get them!). I need to get on that so that the next time I want some i have my own! And i can't wait to roast an avocado too!

What I love about your healthy kitchen hacks is that you actually put them to the test...and always find such clever ideas. Love the smashed avocado using a pastry blender!

Yes, definitely don't want to set people up for a Pinterest fail (and believe me, there have been some hacks that don't pan out that we have to ditch :)

Your blog is a wealth of great hacks!

Yay for another fun and informative Kitchen Hacks! I have a Moroccan chicken dish with preserved lemons on Food52 that I frequently get questions about where to buy or how to make the lemons. I'll definitely be referring them to Katie's post from now on! Stumbling, pinning and tweeting now :)

Oooh - I just looked up the recipe (so cool you won a category contest on there!) I'm adding it to my post and I think this will be the first thing I make once my lemons are ready :) So glad you shared your recipe (and THANKS for all your shares.)