Throw your watermelon on the grill to make this delicious and easy summer fruit salad! 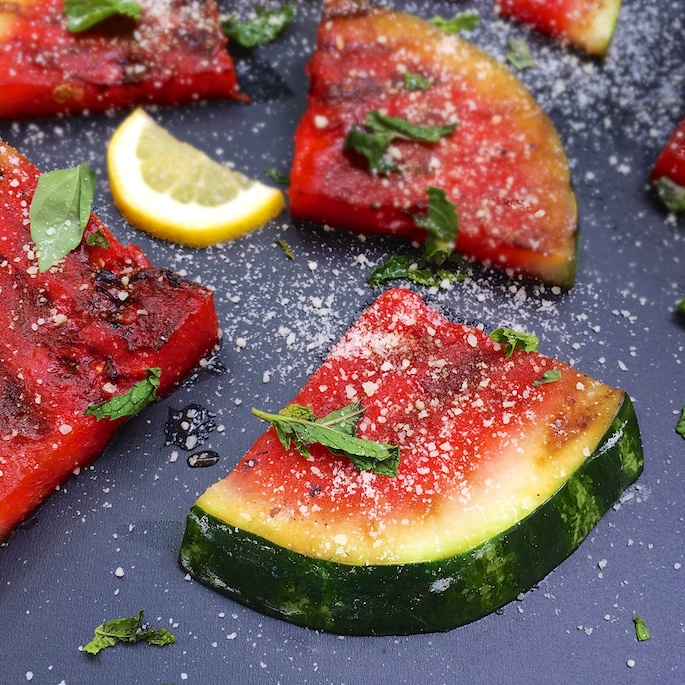 7.25.2014
UPDATE: For a more recent version of this Grilled Watermelon Salad (and a roundup of grilled fruit recipes) click here!

In my house, the person who excels at backyard grilling is not the person who writes for this blog. That fact, however, will not prevent said blogger from posting a grilling recipe for The (fabulous new) The Recipe ReDux! The reason? Said blogger is not too shabby at creating meals using a nonstick grill pan (and ‘grilling’ is the first theme for all ReDuxers.)

The nonstick grill pan is a fantastic tool for any ReDuxer and for cooking items that may become charred failures if they slip through the grates of a regular grill; think homemade (crumbly) veggie patties, fish burgers or thinly sliced veggies like zucchini.

Thus, a few months ago when I ran across a recipe for grilled watermelon –which sounded slippery – I immediately thought of my grill pan. I dug up the recipe from the Culinary Institute of America which included instructions on how to make fig syrup from fresh figs to drizzle over the watermelon. Fresh figs are far from an economical choice in Illinois in June, but I had a bottle of fig balsamic vinegar I’ve been wondering how to use. From there, I created a grilled watermelon salad with components of sweet (watermelon,) tart (fig balsamic,) umami (Peccorino Romano cheese,) salty (sea salt,) sour (lemon) and herbal (basil, chives and microgreens.) And yes! I really do have tiny restaurant quality microgreens – because I’ve been thinning the lettuce, spinach and beets in my teeny, tiny garden.

The result was fresh and delicious – it also had less oil and salt than the original recipe. I used crunchy sea salt to set off the sweetly charred watermelon and because it gives a burst of flavor on the tongue – resulting in less salt in the overall recipe.  Next time I make the salad, I may grill up some red onions to add one more layer of sweet, savory goodness.

Here is my adaptation of: 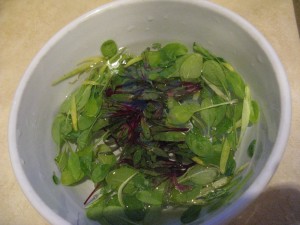 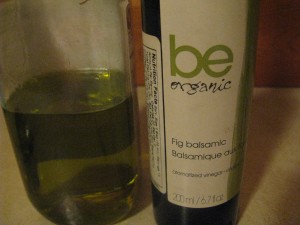 Char Siu BBQ Pork Recipe Redux - and a giveaway too, for you.

[…] recipes that delight the taste buds and the body, too.  Check out their site for pictures of this great recipe. Yes, I am still […]