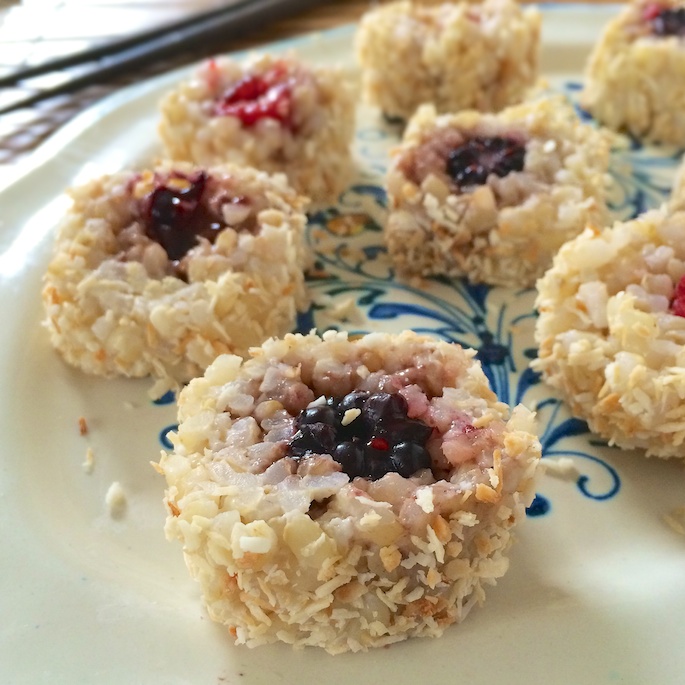 My April Fool’s Day usually consists of trying to pull a fast one over on my Dad. Which is no easy feat as he is the ultimate jokester.

One year, I convinced him the star basketball player for the Sixers got traded out of the blue. Another year, I nail polished one of his hands as he dozed on the couch in front of the T.V. He discovered his manicure later that day when he went to buy gas and the cashier commented that they had the same color on their fingernails.

But when it comes to food, fooling with it – such as sneaking in veggies or lying about the ingredients really in a recipe – that just doesn’t appeal to me. So, instead, in the spirit of April Fool’s Day, I figured I’d give an unexpected twist to your typical sushi. 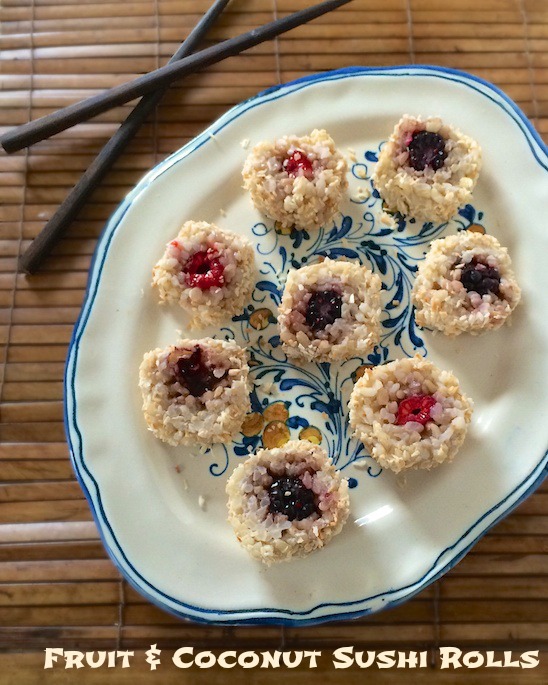 I saw this recipe on Adora’s Box  for Sweet Sushi a few months ago and thought it was a clever (and tasty) idea. Adora’s sushi is take on kakanin – which are sweet Filipino snacks and cakes. I took her idea and did my healthier/dietitian twist to it which included using:

You could use any type of fruit/jam combo you’d like – I went with a berry theme as that’s what I had on hand. Next time, I’m going to go all out tropical and make a mango & banana version.

This is also a great activity to do with the kids – have them chose their favorite fruit for their sweet sushi roll. You could even do a fruit, peanut butter and jelly version! 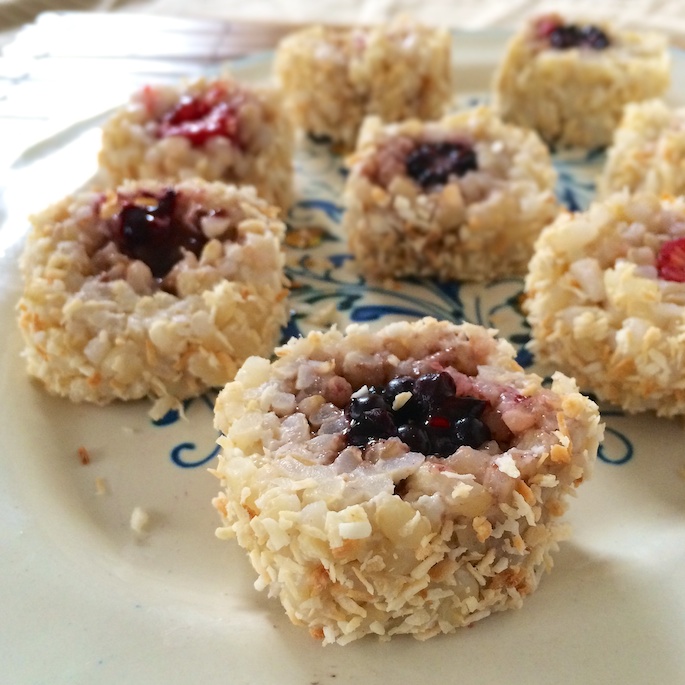 What’s the best April Fool’s joke you ever pulled off – or was pulled on you?? Do you ever make fun foods for April Fool’s Day? Would love to hear from you!

I wish i found out about this post on April fool's day xD I tried your recipe this past weekend and it was great, my family loved it <3

How adorable! Can't wait to try them!

I think I might have to buy a sushi mat just so I can make this! So much fun :-) I bet my kiddos would love it too! Dinner party at my house coming soon!!! xo

Just today a coworker told me that security informed him that a car matching mine had a flat tire in the parking lot - I totally fell for it - only to find out later that I was being fooled! These sweet coconut sushi rolls sound like a wonderful treat!

ooh that's a good one (and so glad your car was fine in the long run :)