Avoid the splatter: oven-fry your latkes this year and try one of these five variations on this classic potato pancake. 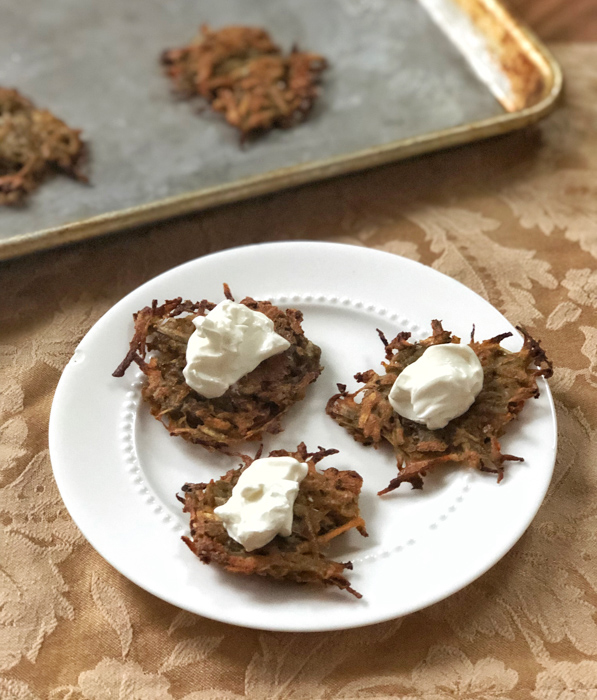 I’ll say it up front: If you have a traditional latke recipe that’s a family favorite, please carry on (and let me know how you make them in the comments below.) The last thing I want to suggest is to replace beloved dishes or special/once-a-year traditions – like potato pancakes to celebrate Hanukkah.

1) I love latkes but have only made them a handful of times over the years. I usually rely on the frozen ones at Trader Joe’s – anyone else a fan??

2) I’m gearing up for another Facebook Live this week with my dear friend Ellen (she appeared earlier this year on our Facebook page as we demonstrated an updated version of her Buffalo Chicken Cheese Dip in her beautiful, newly renovated kitchen.) 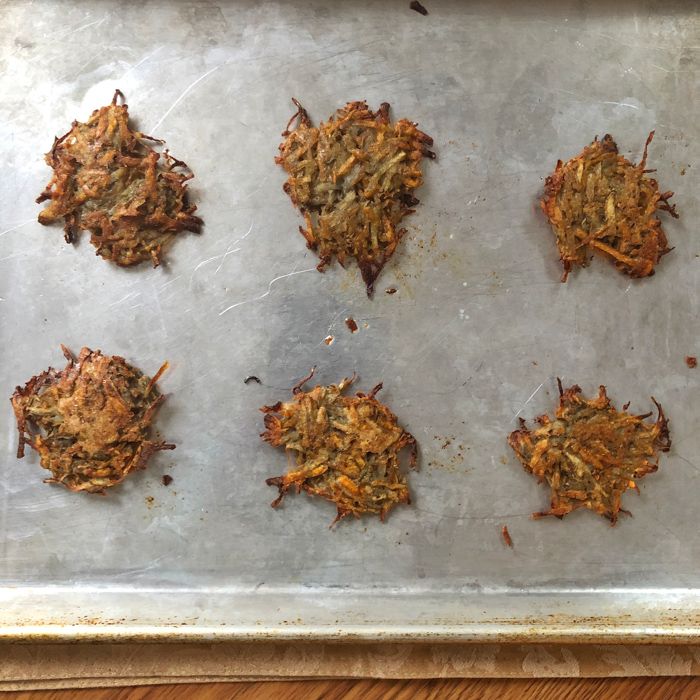 Ellen’s husband is Jewish, so being the awesome cook that she is, she began to develop and hone her latke making skills after getting married. I asked her how she makes them and this was is what she said: 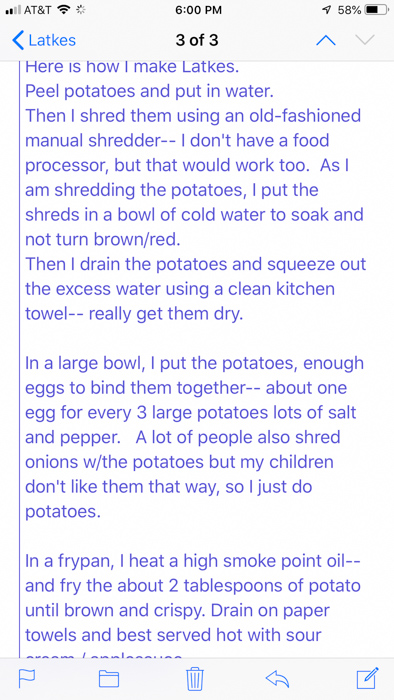 So I took those instructions and made some tweaks of my own. Here are some variations on the traditional latkes that I’ve recently tried -all the more reason to make them all year round – not just for Hanukkah! (Ellen also sent me this stellar latkes meme.) 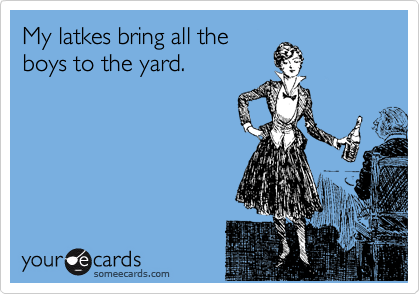 Oven-Fried Latkes – This is now my go-to method because you avoid the splattering oil, don’t have to stand by the stove flipping latkes and you can cut back on some of the calories by using a little less oil. But I promise, they still come out crispy and delish.  (See details in the recipe below.)

Sweet Potato Latkes – I did a version with 2 russet potatoes to 1 sweet potato but next time, I’m trying all sweet potato so the flavor shines through.

Nut Flour Latkes (Gluten-Free!) For one batch, I swapped in pecan meal for the whole wheat flour. It gave a delicious, nutty taste to the pancakes but they definitely got browner faster so keep your eye on them if using nut flours.

Latkes with Scallions – Some swear by adding shredded onions to their latkes and some say “no way.” If you like that onion tang, try adding sliced scallions (green onions) for a similar flavor and a pop of color.

Avoid the splatter: oven-fry your latkes this year and try one of these five variations on this classic potato pancake. 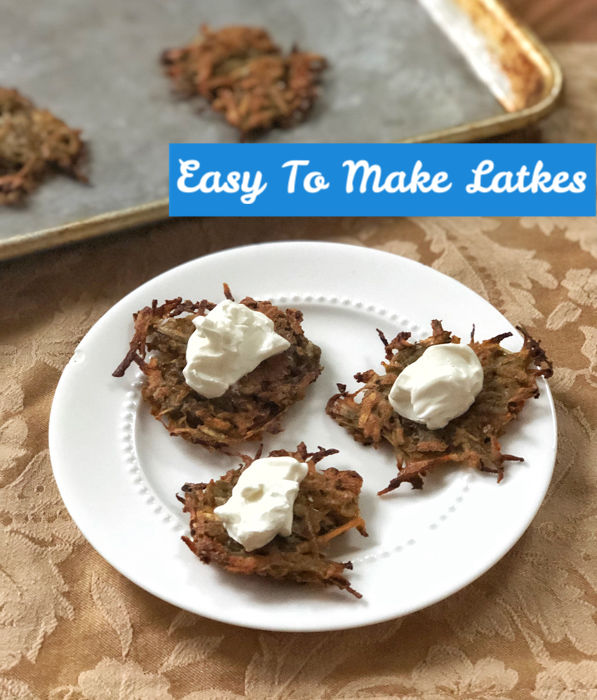 Now, what do you like to top on your latkes? Sour cream? Applesauce? Other?