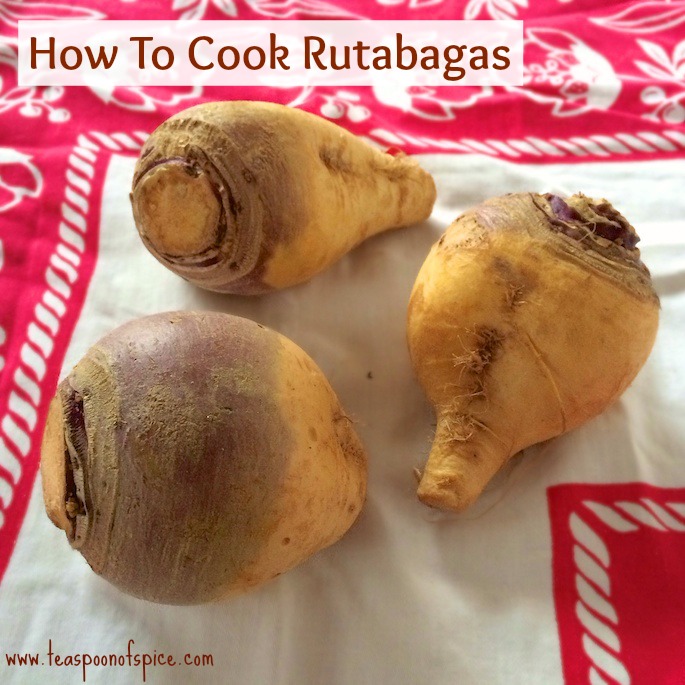 Switch up your usual mashed potatoes with cooked rutabagas and carrots. ~ by Deanna Segrave-Daly, RD

As I type, all I see is snow snow snow out my window.

I could brood over sunny beach days, fresh tomatoes and cold watermelon slices but instead, I need to embrace the deliciousness that are root vegetables. After all, who’s cooking rutabagas or turnips in the summer?

Granted, I had never cooked a rutabaga in any season until a Norwegian Seafood Council education trip to Norway a few years ago. Of course, I ate plenty of seafood during that week but also present at just about every meal were root vegetables like potatoes, carrots, parsnips and rutabagas.

Understandably, root veggies have long been a staple of Scandinavian cuisine, plants that thrive through long winters. Understated and simply prepared, these seemingly plain vegetables were delicious at every turn during my visit, like a bowl full of boiled turnips, served with butter, salt and sprigs of fresh dill.

Over there, rutabagas are as popular and common as potatoes here in America. Rutabagas are practically eaten daily and are known as “the Orange of the North” as they are actually a rich source of Vitamin C, which is vital for the Scandinavian diet as clearly citrus fruit trees are not native to that part of the world.

Like most root veggies, the rutabaga isn’t exactly the prettiest when it comes to produce but the outer skin has a neat two toned color band of tan and purple. They look a lot like a turnip and are also called a swede (short for Swedish turnip.) 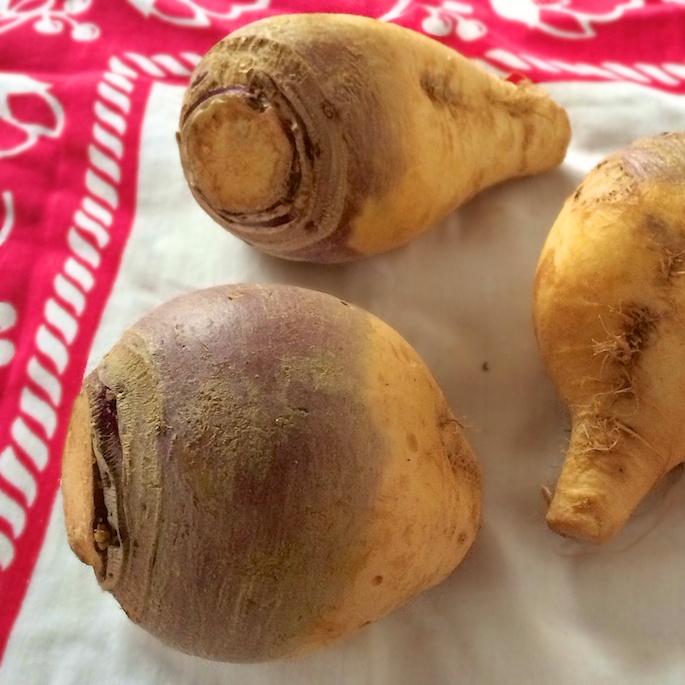 When buying, look for firm, round/oval shaped rutabagas without any cracks or rot on them. They can be stored in the refrigerator for about 3- 4 weeks or at room temperature for about 7 -10 days. They often have a wax applied to them to keep in moisture. Be sure to peel before cooking.

Rutabagas are fairly mild in taste – more like a sweeter, creamier version of a potato but without the heavy, peppery bite that you get with a regular turnip. That’s why they are a yummy – and nutritious (also a good source of fiber and potassium) addition or substitution for many potato dishes.

To prepare rutabagas, simply peel and cook just like you would a potato. Often they are boiled and then mashed. In fact, a traditional Norwegian dish served at Christmas is this Rutabaga and Carrot Mash – a recipe I recreated for Relish Magazine. 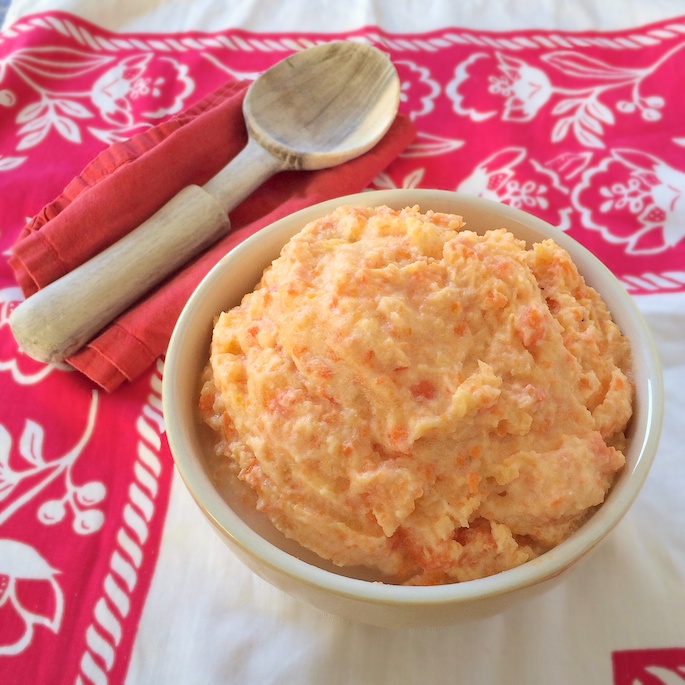 You can also roast them or thinly slice them for a gratin. Here’s a Potato and Sumer Squash Gratin that I’d like to make with rutabagas and parsnips as some point this winter.

So how about you – have you ever cooked rutabagas? What’s your favorite winter veggie? Are you over winter already like I am (if you live in the Northern Hemisphere!)?

I always felt kind of intimidated by rutabagas. Thanks for the great tips!

Me too - glad these tips could help!

Such a simple yet sophisticated dish! A must-make! I added a sweet potato, parboiled the veggies first and didn't have any parsley so I used thyme. So good and my husband loved it too!

Not the prettiest veggie but love the recipe! When my sister lived in Germany she ate a lot of rutabagas - sauteed in butter with cream added. They were yummy but I think I will like this recipe better. :)

Confession. I've never cared for the taste of rutabagas. Which is probably why I've never tried cooking them before. But, your Carrot Rutabaga smash looks yummy, so perhaps I'll give them another chance And, enjoy them with a glass of wine on the side :-)

I haven't had rutabaga in awhile! I really have only roasted rutabaga before. Pinning to get inspired to try something new!

I would love to see your culinary twist on rutabagas :)