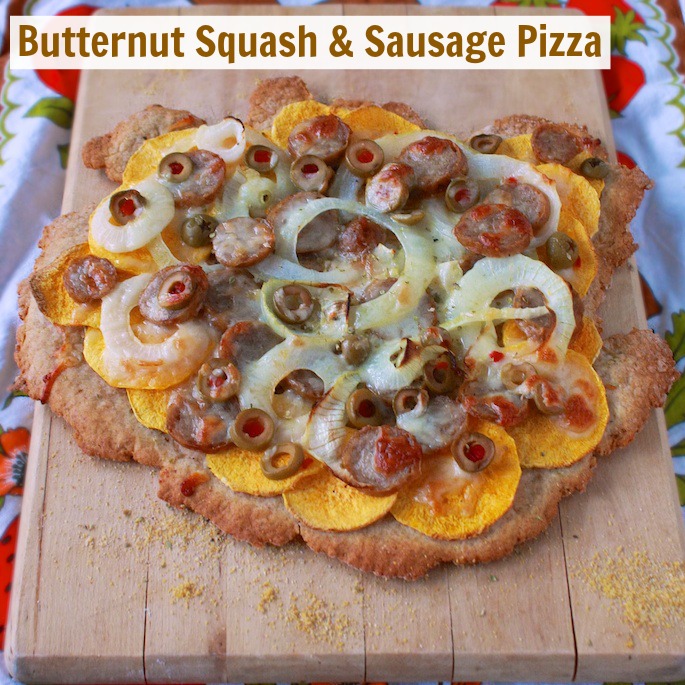 Homemade pizza – including crust – in about an hour ~ by Serena Ball, MS, RD

I timed it: The flour for homemade pizza crust came out of my kitchen cabinet at 4:13 PM…and at 5:16 PM golden, cheesy Sausage Butternut Squash Pizza came out of my oven.

1 hour and 3 minutes: Start to finish.

That’s probably not as fast as calling for pizza pick-up on your way home from work; but it’s pretty darn close.

And, THIS is homemade, whole grain crust: Crispy around the edges and chewy, soft in the center. The speedy trick is adding baking powder instead of yeast as the leavener. And since yeast would normally add rich flavor to the crust, whole wheat flour was used for hearty, nutty flavor and aroma. 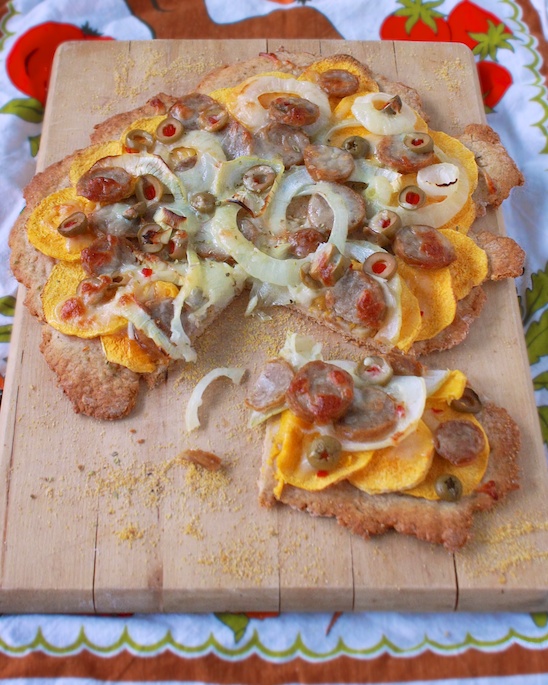 Throughout the prep process, I tried to think of other ways to streamline and speed you on your way to homemade pizza in about an hour: For example, butternut squash slices and sweet onions were roasted on a sheet pan – which when removed from the oven, was immediately covered with cornmeal and the pizza crust was placed on the hot pan. Placing the crust on a hot pan helped it cook faster and crisp up the bottom nicely.

The butternut squash sliced thinly so to roast quickly – just 15 minutes – the time it takes you to whip up the crust. Speaking of the crust, don’t overload it with toppings, otherwise it will be doughy in the center – not nice and chewy like this one.

Feel free to customize the toppings as you chose, but I gotta tell you, the sweet and earthy squash with the savory, fennel-herb sausage is a winner…especially with the oregano and fruity olive oil! And keep this crust recipe handy! It’s so quick you could try it with any of the following fab flavor combos from other Recipe ReDuxers – and have pizza on the table in no time. 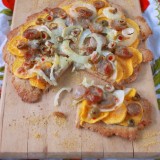 Do you make homemade pizza?