A delicious vegetarian recipe to use up your summer produce including tomatoes, zucchini, and eggplant! 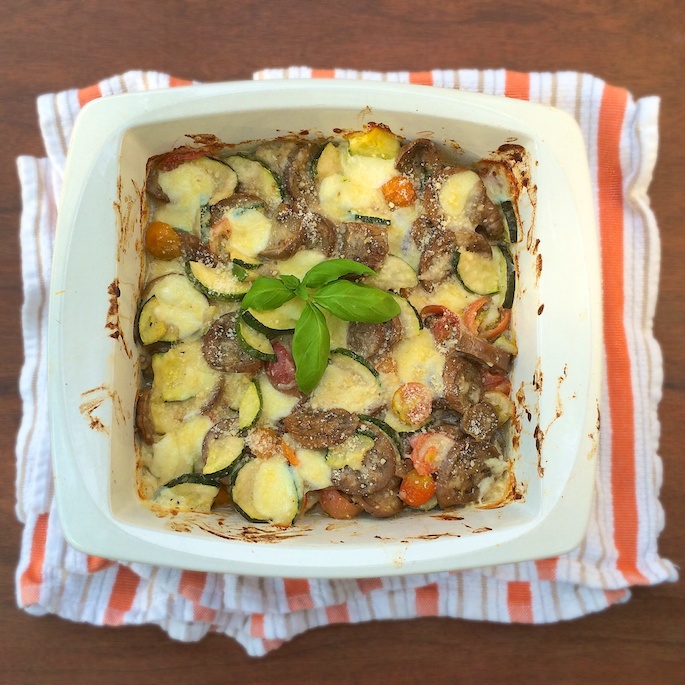 It’s time for another Secret Recipe Club Reveal Day and this time we are visiting Chile!

This month, I was assigned to Gloria @ Canela Kitchen and man, is she a prolific cook and blogger. Not only does she post all her recipes in English and Spanish but she’s been blogging since 2007, so her recipe archives are just bursting with ideas. (And BTW, canela means “cinnamon” in Spanish, in case you were wondering like I was.)

Since I knew I was getting a boatload of vegetables last week through my CSA, I headed straight to her Veggies section (after peaking in desserts and toying with making this Mango Dessert Express.)

But back to the veggies.

It really is a good thing that Gloria has so many yummy looking zucchini recipes because I got TEN zucchini this past week (my CSA share plus a friend’s who was out of town.) And because I got eggplant and tomatoes too, I decided to make her Eggplant Gratin which got morphed into this version (not to mention, the title got Americanized as overseas eggplant = aubergine and zucchini = courgette.) 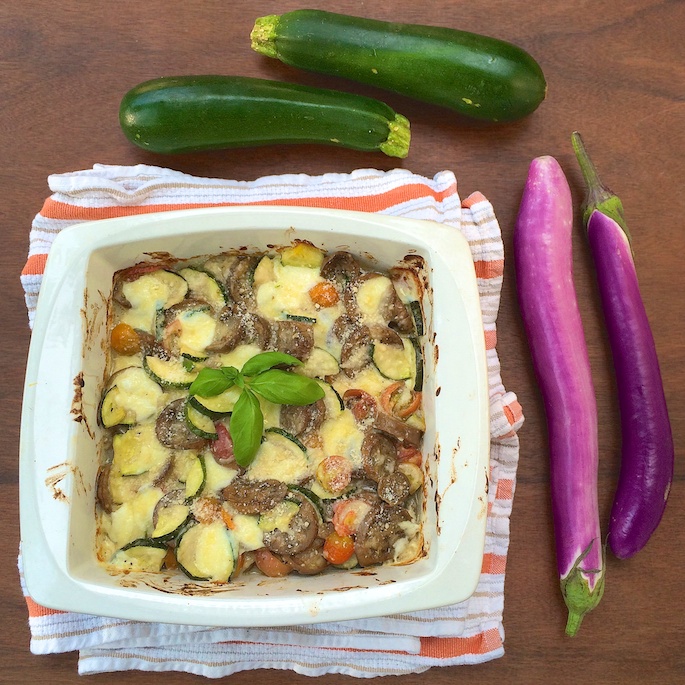 I made just a few tweaks (used nonfat milk for the heavy cream, fresh tomatoes for tomato sauce and omitted the veggie broth.)

A delicious vegetarian recipe to use up your summer produce including tomatoes, zucchini, and eggplant!

I gotta say, I couldn’t wait for this to come out of the oven. And then I actually had to wait overnight before I could even try it because it was already dark out, meaning photos needed to be taken the next day.

But, it was well worth the wait and why not eat some veggies for breakfast? Which I did right after the photo session ended. 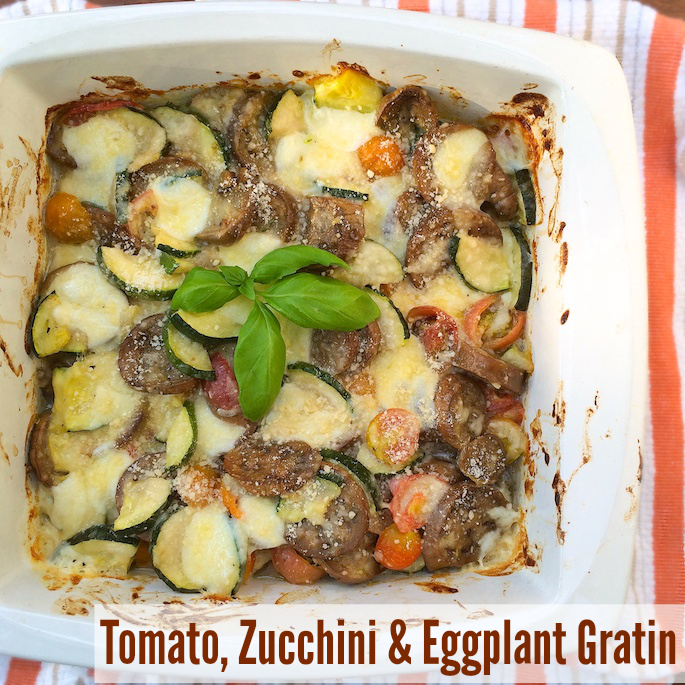 How are you cooking eggplant and zucchini these days?  Let me know – I never tire of hearing of new recipes!

Confession...I have not eaten any eggplant this summer :-( This looks so good though, that I am going to change this by making a gluten-free version of this yummy tomato eggplant zucchini gratin! Hope you're having a wonderful summer :-)

Really the best the garden has to offer in one dish! Gloria has some rockin' recipes!

She sure does - I could cook off of her blog for the next year with the wealth of recipes she has!

Deanna, this looks absolutely delicious!!!!! Perfect to make for brunch!

Oooh, I never thought of it as a brunch dish - great idea!

I'm impressed that you waited to eat this beautiful gratin until breakfast but what a delicious and wonderful breakfast it must have been :)

Dietitians eating veggies for breakfast - what a cliche - lol!

Ohhhh... I can't wait to try this! I had never considered using eggplant in a gratin before. Thanks for the inspiration.

Thanks for the comment (and glad it came through :) Let me know if you try it!