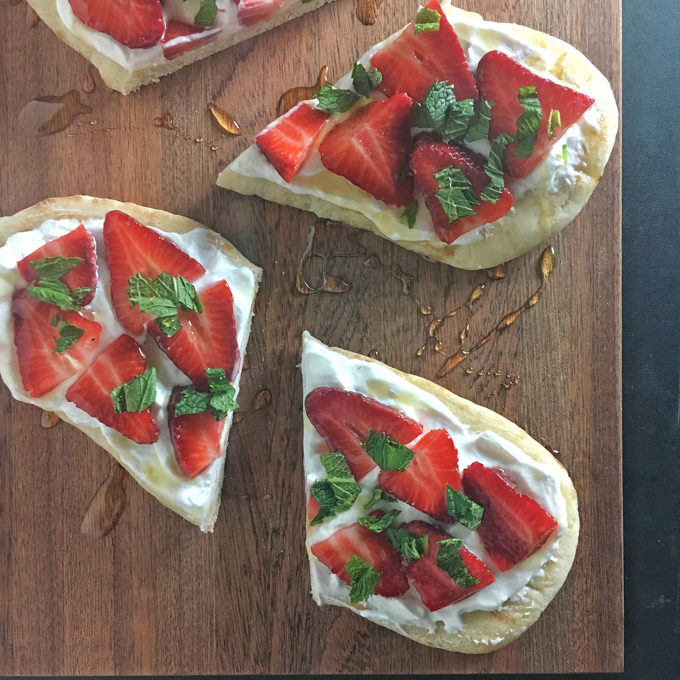 Raise your hand if you’re on board with the naan trend (I’m raising both hands over here.)

If you’re new to naan, it’s a flatbread popular in Central and South Asia – often made with yogurt and milk which results in a softer, doughier texture than say, pita bread. And it’s currently the “it bread” in the foodie social media world.

And I get the popularity behind it – it’s soft, doughy, and delicious. 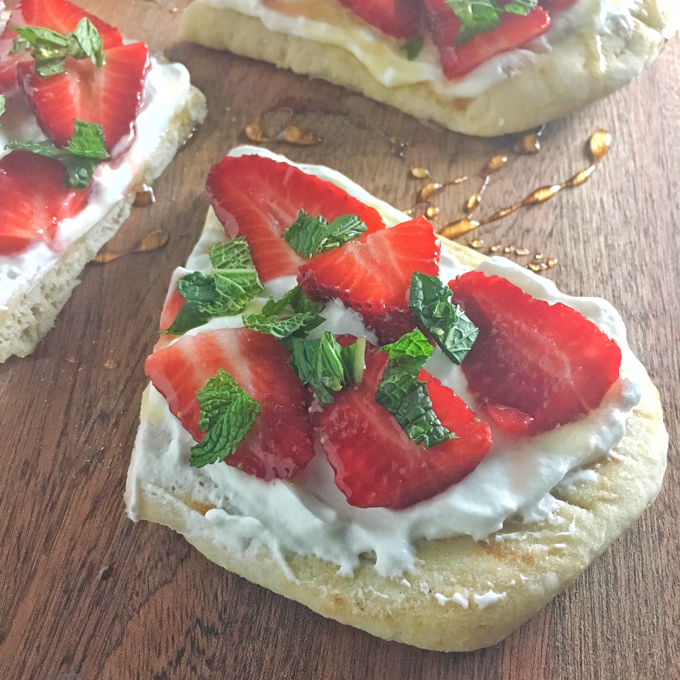 So, because this recipe calls for a store-bought version of naan (no shame), this is a super easy thing to whip up in minutes (literally as you’ll be whipping cream) as a last-minute dessert for guests or a sweet treat for yourself.

I even ate the leftovers for breakfast the next day with some peanut butter drizzled on top. #YesIDid

I don't love desserts to be too sweet. And this is just the perfect sweet dish and healthy as well.What else would a person like me want in her dessert. Perfect match for me and I am gonna try this out today

Light and very filling, full of flavours. I have bookmarked it.

OMG.This seems so delicious. my mouth has already started watering by seeing this images. Thank you so much for sharing this recipes.

Heading over there now! I love a good dessert pizza, and on Naan, delicious!

Yes, what's not to love about dessert pizza ;) thanks liz!