How about this main dish for the holidays? Rosemary and thyme pork tenderloin roasted with a naturally sweet orange raisin sauce ~ by Deanna Segrave-Daly, RD 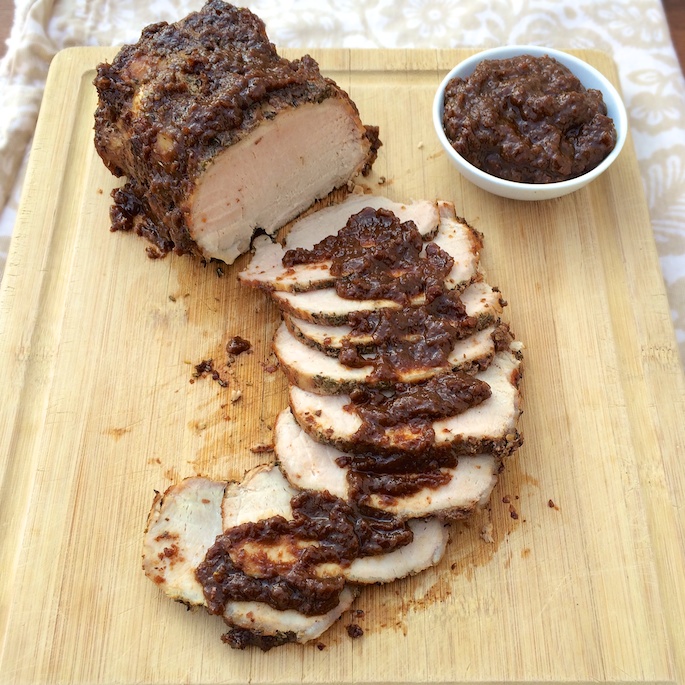 {Disclosure: As co-owners of The Recipe ReDux, we were compensated to manage the California Raisin contest. We are not eligible to win prizes associated with the contest. Thoughts and opinions are my own.}

I gotta admit, this recipe was a leap of faith for me for two reasons:

1) I rarely cook meat of any kind. I’m not a vegetarian per se – I just prefer fish, seafood and the occasional chicken dish. So, cooking a pork roast? Definitely nervous.

2) Golden raisins are typically in my pantry but I never gave them much thought beyond using them as is – tossing into a salad, a baked good or the occasional rice dish.

But that is what I love about The Recipe ReDux and quite frankly, one of the reasons Regan, Serena & I created this group in the first place.

To take a chance in the kitchen. To try different cooking methods. To use wholesome ingredients in different ways. 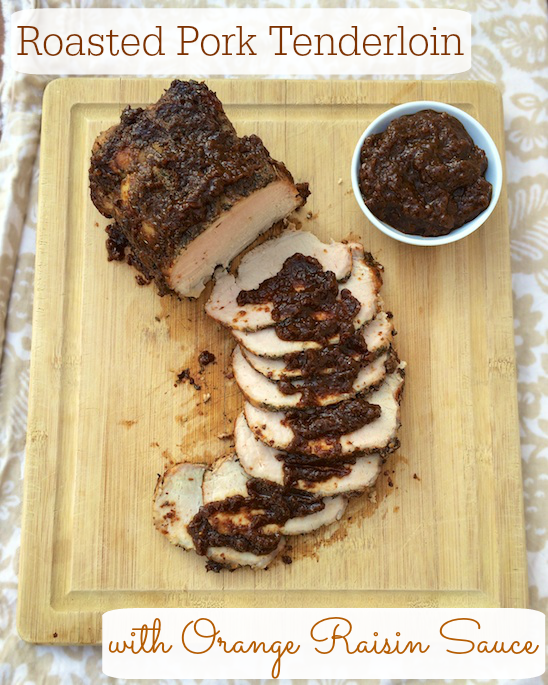 The California Raisin Marketing Board challenged our Recipe ReDux members to go “Naturally Sweet for the Holidays” and come up with festive dishes – from appetizers to entrees to desserts – using California raisins as a way to both enhance the flavor of the dish while reducing some of the sweetener that might typically be used.

Admittedly, I never really thought about using raisins to replace some of the sugar, honey or syrup in recipes.

But the more I thought about it – why not? California raisins are naturally sweet with zero fat, no cholesterol and no added sugar. And for each 1/4 cup serving, you get 9% of your daily fiber and potassium and 6% of your daily iron <— making them an important food source for vegetarians and vegans.

Not to mention, they are considered the most economical dried fruit according to the USDA. I can vouch for that.

OK, so onto the recipe.

I started thinking about holiday worthy entrees like honey glazed ham (admittedly, not my cup of tea) so I moved onto pork tenderloin and what type of glaze might work. And to  attempt to get the most flavorful pork, I figured I would do both a dry rub (in this case: rosemary, thyme & salt) along with a wet rub (the raisin sauce). 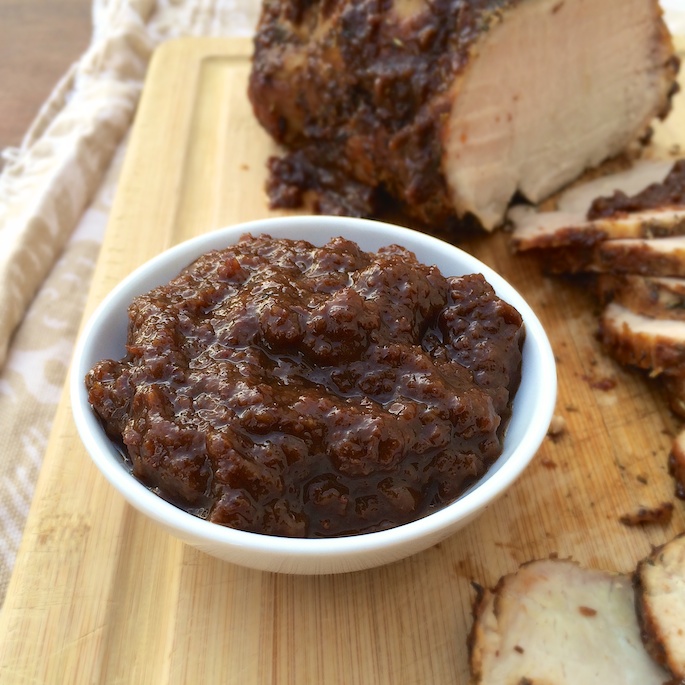 The raisin sauce was a snap to make.

After plumping the raisins in boiling water, I gave them a good blitz in my food processor with just three other ingredients (orange juice, orange zest and black pepper.) NOTE: use a food processor or a powerful blender like a Blendtec or Vitamix for this.

How about this main dish for the holidays? Rosemary and thyme encrusted pork tenderloin roasted with a naturally sweet orange raisin sauce.

The results? Delicious! Which says a lot coming from this very occasional meat eater and cooker.

And I couldn’t get enough of the Orange Raisin Sauce and am already thinking of other ways to use it — like over grilled chicken, scallops or couscous with almonds. 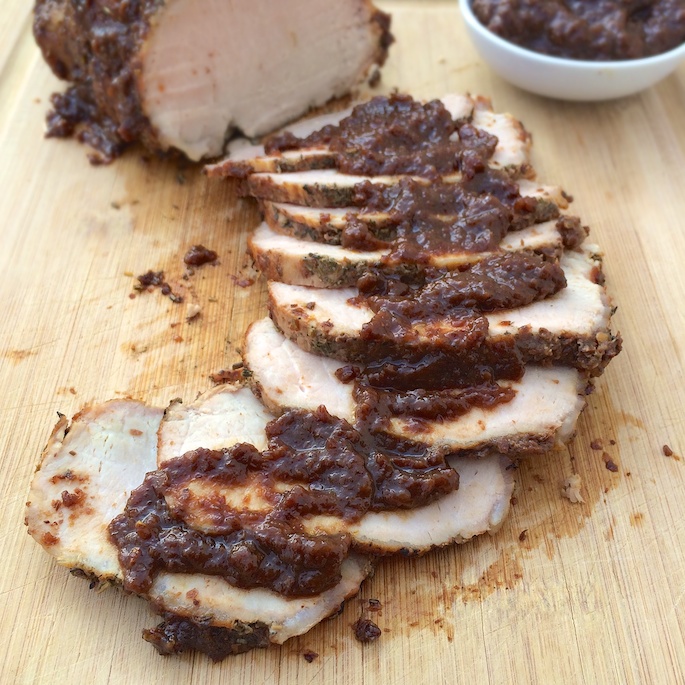 Now I can’t wait to see what our fellow ReDuxers come up with this week – you can see all their raisin creations below.

What about you – are you a raisin lover? How do you use them in your cooking? What main dish are you serving up (or eating up) for the holidays?

I'm sure there are a TON of other ways to use this raisin sauce...but I'm pretty sure I'd eat most of it with a "tasting" spoon before I could think of any. :)

This recipe looks fantastic! I could see that sauce being used in so many other ways too, so versatile!

This looks and sounds delicious! Wonder how some bourbon would be added into that sauce? I may have to try that!

Oooh -that's is exactly the thing to take this sauce over the top - I like the way you think, my friend :)

Oooo, I've been wondering what I would make for Christmas dinner... I think this is it! We actually cook pork tenderloin a lot. It's one of the few meats that both kids + mom and dad like. And I'm certain the raisin sauce would be a huge hit. The sweetness with the pork = yum!

That would be a true honor if you made this for Christmas dinner - and if you do, consider the idea from Souffle Bombay - adding a few spoonfuls of bourbon to the sauce...

I love seeing all these raisin dishes, I feel like raisins are so under utilized and I'm super inspired with new recipes to try :) I"m not a big pork fan, but definitely trying this sauce on something else!