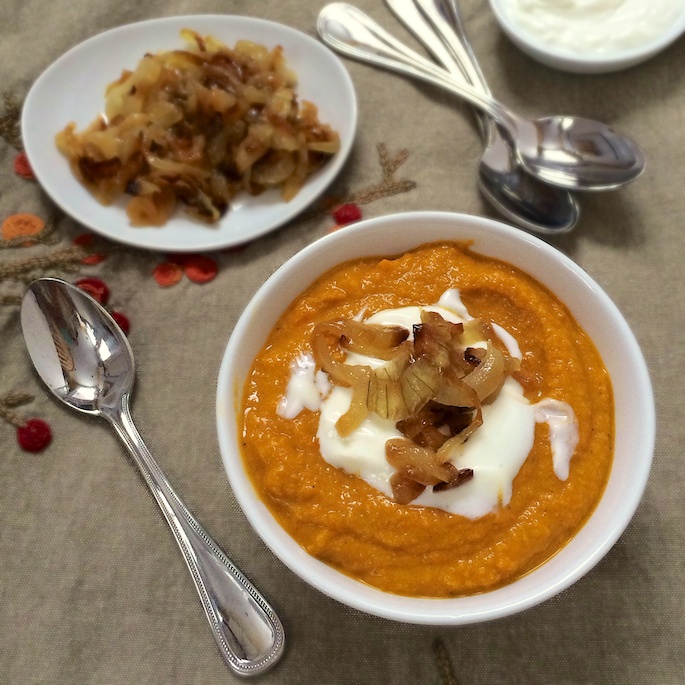 Even though Valentine’s Day is over (and I’m already seeing Easter stuff at the stores – stop already!), I still wanted to do something with red foods this month for my Secret Recipe Club assignment.

This month, I was assigned Karen @ Lavender & Lovage and it might be an overused word but Karen’s blog is truly lovely. Karen is a seasoned food writer and blogger, originally from South Africa and now living in North Yorkshire, England. She also spends a fair amount of time in Southwest France (swoon) and her recipes reflect all of these cuisines.

L&L has a warm and cozy feel to it and I just wanted to curl up with a cup of tea and get lost in it for an entire day. Just a few of her recipes that caught my eye: Lavender Honey Flapjacks (not your traditional pancake), Baked Kiwi and Stem Ginger Cheesecake, Spanish Seafood & Chorizo Skewers, and A Duet of Olive Marinades.

In the end, I chose to make her Spiced Red Lentil Soup with Frazzled Onions for three reasons:

1) February is Heart Health Month and lentils are super healthy – full of fiber, low in fat and protein packed.

2) The color of this soup is a gorgeous deep orange-yellow – two colors I cannot get enough of during this insane, never-ending winter.

3) I’m late to the party but finally purchased one of Ottolenghi’s cookbooks (Plenty) and cannot get enough of its Mediterranean and Middle Eastern influenced, plant-heavy creations like this one. And this one. And Karen’s red lentil and carrot soup, flavored with cumin and curry, fits that bill.

4) I love the word “frazzled” to describe sautéed onions. 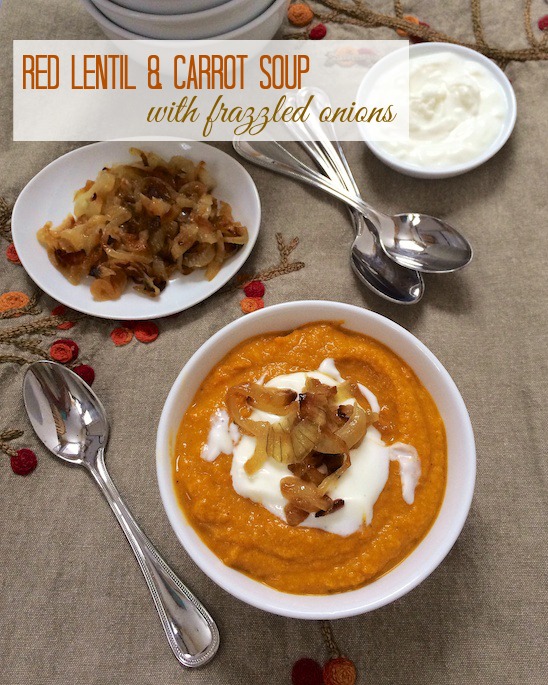 I followed the recipe to the ingredient (if you don’t use grams, I used 1 pound of carrots and 1 cup of red lentils.) And instead of creme fraiche, I used a mix of Greek yogurt and buttermilk, leftover from the Ottolenghi eggplant recipe mentioned above. 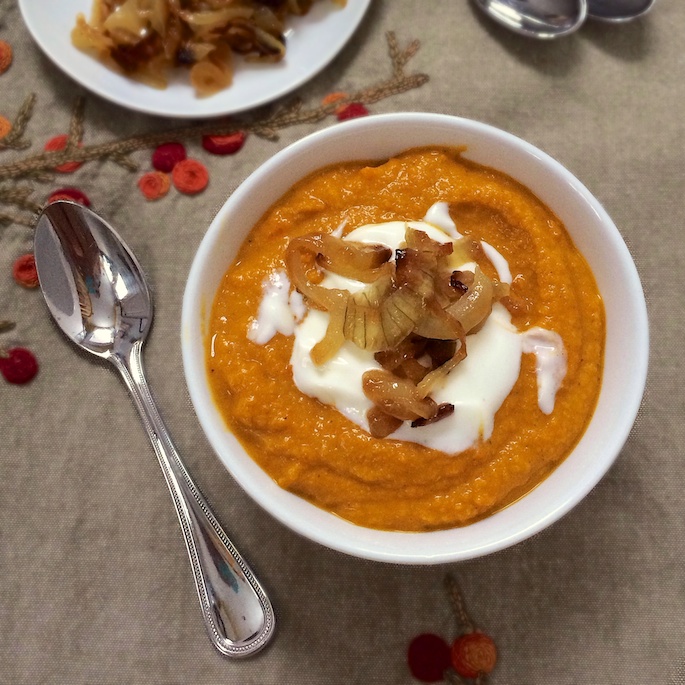 Let’s just say this is a new keeper recipe for me for winter cooking.

Do you have a favorite winter soup? Any recipes using red lentils? Please share to help me get through the rest of this unending winter!

Sometimes I feel like a frazzled onion myself! Soup should help. GREG

Haha!! I totally can relate to being a frazzled onion, too :)

Feast on the Cheap

Deelllsh! What a hearty and healthy bowlful!

This would definitely fill the bill for warming, filling, and comforting.