How to Make Sun-Dried Tomatoes | The Recipe ReDux

It’s super easy to make your own sun-dried tomatoes at home either by way of the sun or your oven. Use this dehydration method for just about any fruit~ by Deanna Segrave-Daly, RD 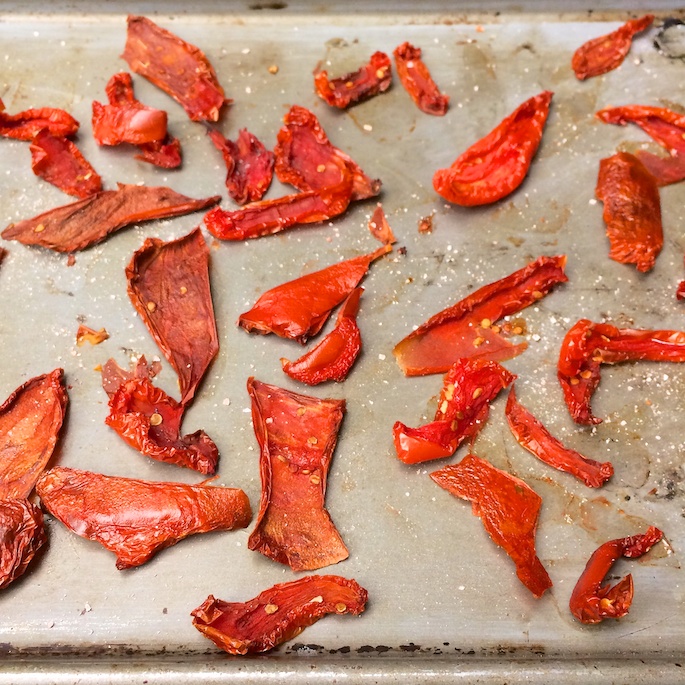 “Place the tray inside your car on the dashboard and cook for 12 hours.”

I had a culinary first for this month’s Recipe ReDux post – I used my car as a cooking vessel.

The Recipe ReDux theme for September is:

Get Your Dehydrator On

Whether it’s extra garden bounty or a sale at the supermarket – dehydrating food is a budget-friendly way to stock up for later. You can use a food dehydrator, a low slow oven, or natural sunshine to preserve natural healthfulness. Show us how you like to dehydrate, or a healthy recipe for how you enjoy using dehydrated fruits, veggies or other bounty.

I don’t have a dehydrator and I knew I could use my oven but I was curious about using the sun instead (they are called sun-dried tomatoes after all) plus I was inspired after Regan told me her Meemaw use to dry crab apples outside every September. 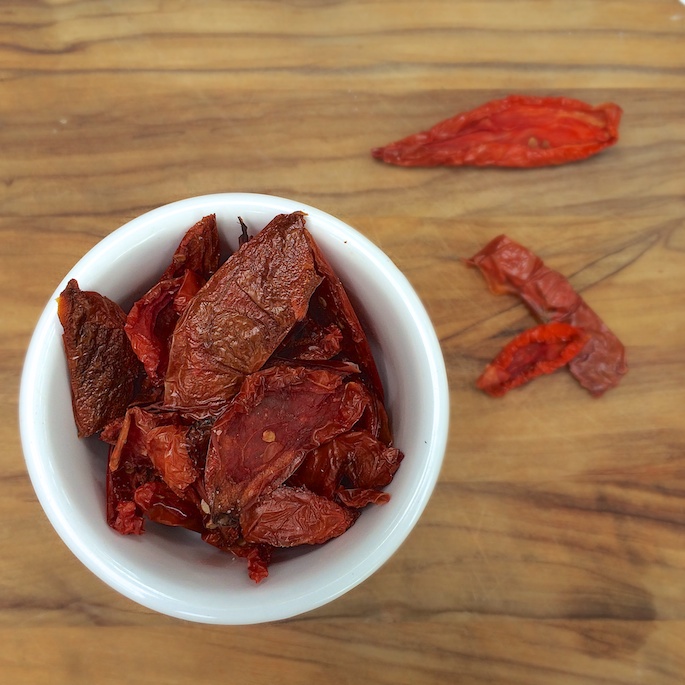 So I did a little more research and came across this article that talked about using your car to speed up the sun drying process.

The timing was right as we had a few hot days on hand, so I prepped the tomatoes (instructions in recipe below), covered the trays with cheesecloth, put them on drying racks and plopped them onto my dashboard (windows up and doors closed.) 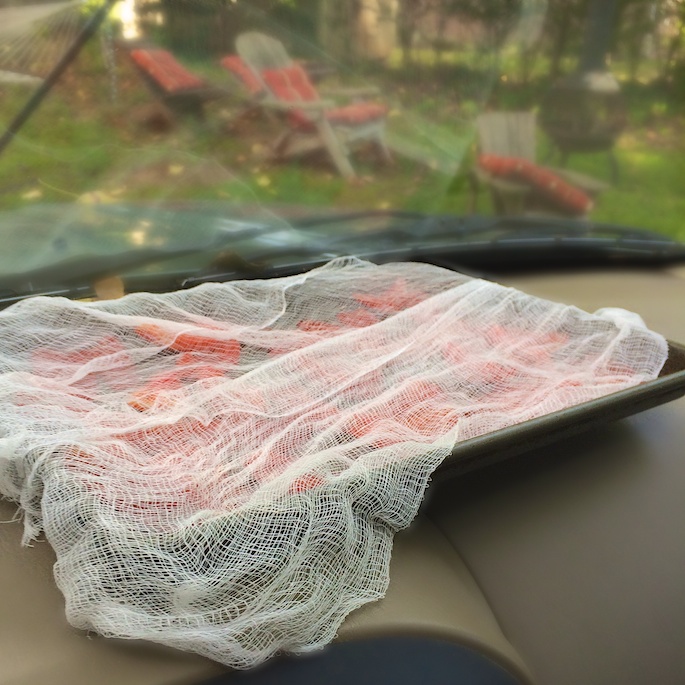 Now, this method said it could take two full days and by day 1, the tomatoes were definitely starting to shrink in size. By day 2, there wasn’t too much difference and I quickly realized that the sun/car drying method would be best in DRY HEAT not the crazy humid heat we were experiencing which can kick start the mold growing process.

So, in the end, I went back to square one with a new batch and tried the oven method which worked perfectly. About 11 hours later, my “sun-dried” tomatoes were done. I actually had to stop myself from just snacking on them – I saved a few for a sandwich but plan to make another batch soon to use in salads, pizza, pasta and to make pesto. 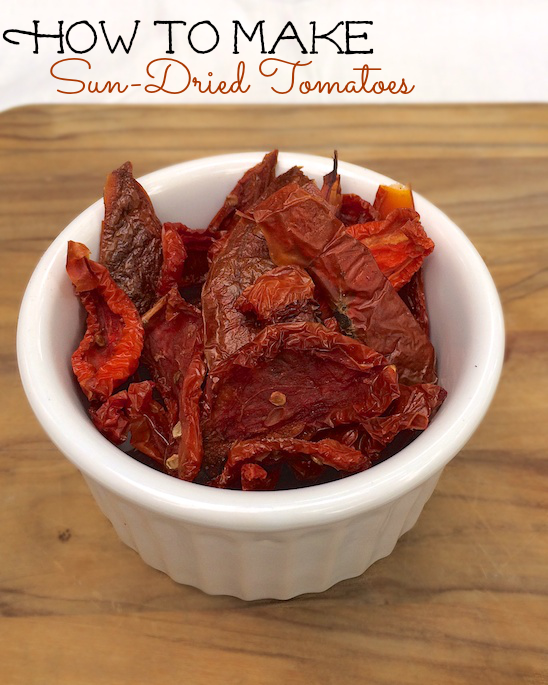 Most likely I’ll need more than just one batch.

How to Make Sun-Dried Tomatoes

It’s super easy to make your own sun-dried tomatoes at home either by way of the sun or your oven. Use this dehydration method for just about any fruit.

And here’s how Cooking Light magazine does oven-dried tomatoes (along with 3 other quick ways to cook up tomatoes for extra flavor.) 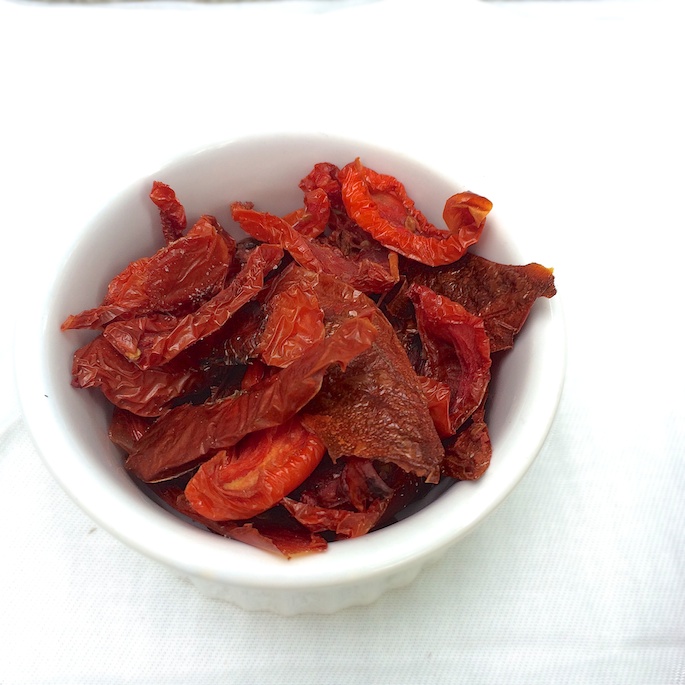 As a parting photo, I had to share this gem below. Regan & I dehydrated our apple cores over a weekend while we were together for Blog Brûlée. 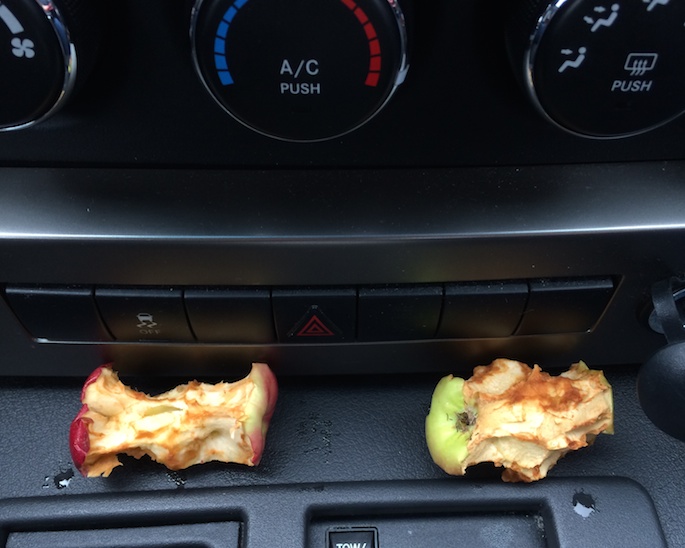 Looks like you can use this method for all kinds of fruits (though I wouldn’t recommend dehydrating apple cores -ha.)

If you like this recipe, here are a few others you may fancy: 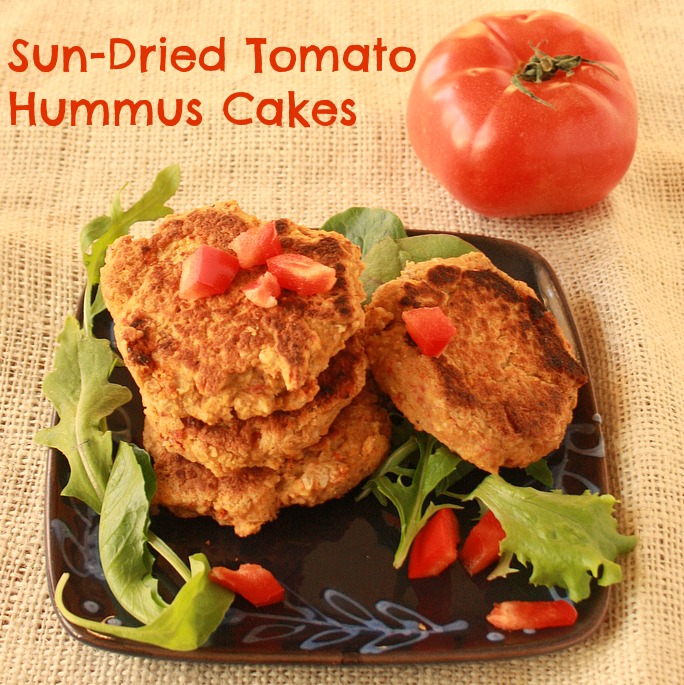 How To Roast Tomatoes 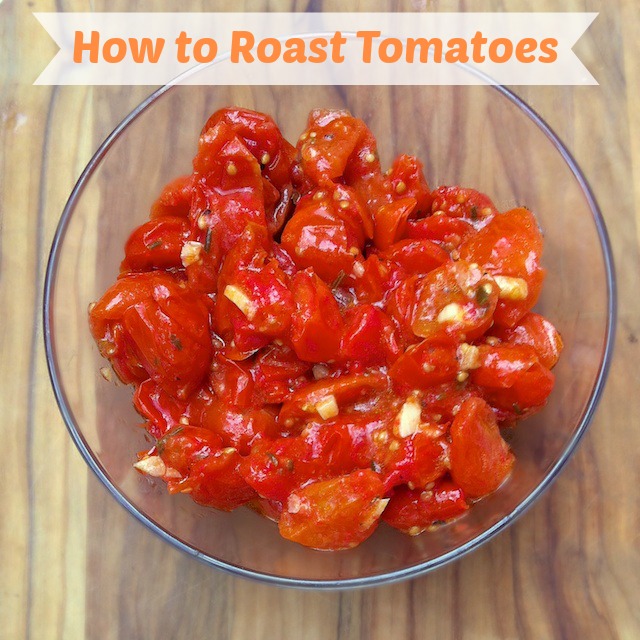 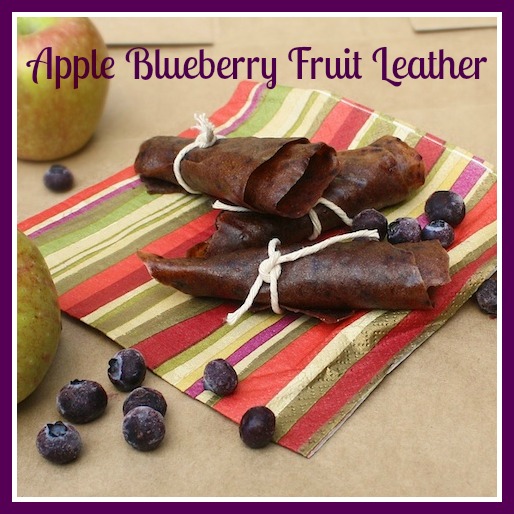 Do you dehydrate food? What do you make and what do you use, equipment wise? Please share – we love to hear what you are cooking! Check out what our fellow Recipe ReDuxers are dehydrating below: