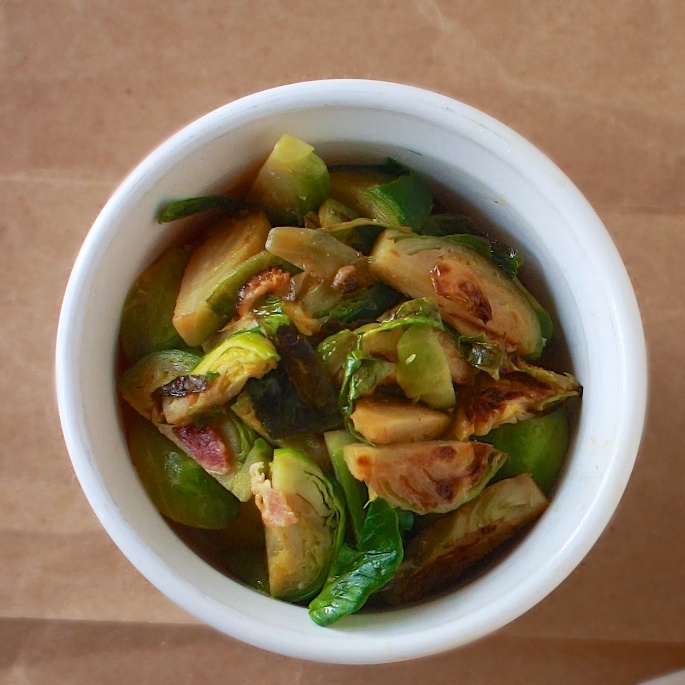 “Brussels sprouts are like beets were back in the ’90s: You put them on any dish and it’s guaranteed to fly out the door [of the restaurant],” said Cathy Whims, a chef from Portland, Oregon.”

So then why is it that so many of us do not like them? We do not like Brussels sprouts (Sam I Am!) I’ll admit that I didn’t until recently.

But then I found a recipe in a random cookbook from the library (Do you check out cookbooks at the library? It’s the best!) for Roasted Brussels Sprouts with Grated Orange that’s a little like this one. And my world was opened to How to Like Brussels Sprouts. Since then, I like to think of myself as a bit of an expert on the subject as I’ve gotten several adults and a few (2 of my 4) kids to like Brussels sprouts.

I almost always have ‘sprout success’ with today’s Bacon Braised Brussels Sprouts which have only 3 ingredients and take only 10 minutes to prepare.

So here are a few tips on How to Like Brussels Sprouts: 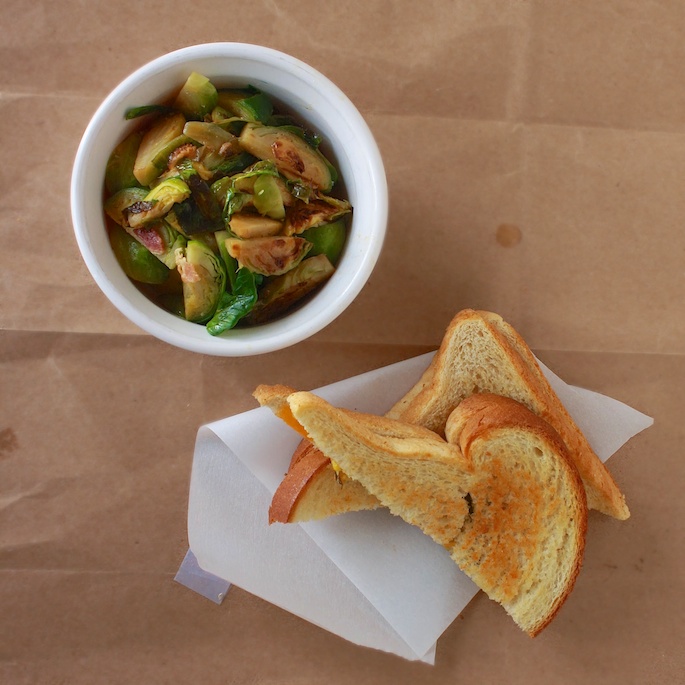 Here are some my current favorite Brussels sprout recipes:

And since it’s still Brussels sprouts season for a few more cold months – I want to try these recipes:

If stranded on a desert island, would you actually eat Brussels sprouts?

I must be a brussels sprout loving anomaly then! Actually, the.boy doesn't like them, no matter what I do to them. But...more for me!

I just love Brussells sprouts and they have become one of my favorite veggies. They are really good with bacon but I always add balsamic vinegar to them.

Isn't it fun to 'learn' that Brussels sprouts are delicious?! It always takes us a while...the poor veggie gets such a bad rap!

This looks like a much fancier version of what I tried. I just laid the raw bacon slices on top of the Brussels sprouts and roasted everything together in the oven. I think I will have to try it your way next time.

I love brussels sprouts but I know a lot of people don't. Adding sweet flavors like orange or tasty fat like bacon is a great way to get people to give them a try! I used cranberries in a brussels sprouts, beets, and butternut squash dish over the holidays and the sweet flavor really balanced out the veggies nicely.

WOW Whitney! That dish sounds delicious! Thanks so much for sharing!

Ooh, I LOVE brussels sprouts! I even got my toddler to eat them with this recipe once....a reminder to me to make them again soon to make sure he keeps eating them!

Oh my, kudos to you for being brave enough to set on your toddler's plate!