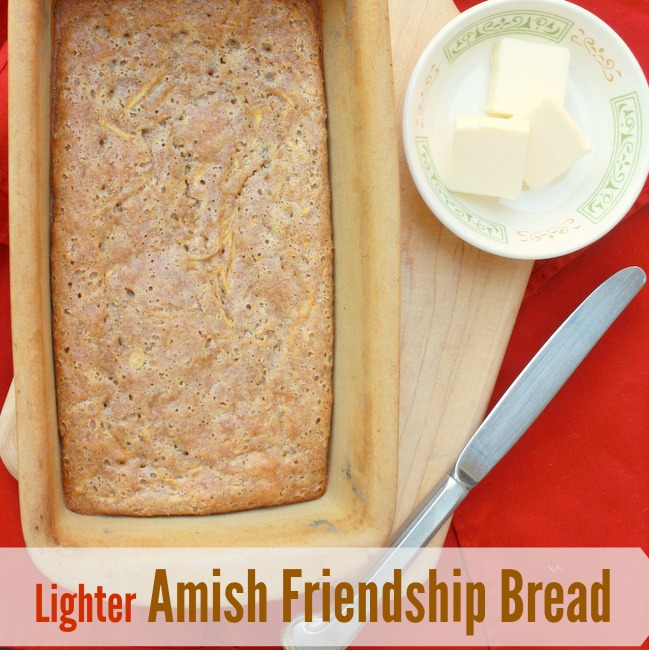 With half the sugar and fat – thanks to a secret ingredient; friends will love this version of Friendship Bread. Print this recipe + the original. ~ by Serena Ball, MS, RD

Instead of Friendship Bread, my friend calls it “Frienemy Bread.”

And not because the ingredient list includes 4 cups of sugar plus two packages of artificial vanilla instant pudding mix.

She calls it Frienemy Bread because after a few go-rounds of giving the ‘sourdough’ starter used in Friendship Bread to several of your friends – plus keeping one batch for yourself, you tend to run out of friends. Yet the starter keeps multiplying and multiplying. See, each time you make the bread, you feed the starter, which makes three more batches of starter (these are meant to be given to friends.)

But eventually, you run out of friends… and co-workers….and neighbors and then the large gallon-sized plastic bags of starter begin taking over your kitchen. And since you have to use them up every 10 days, that makes another time sensitive thing for a mom to do…besides laundry, packing lunches, and the normal things needed by several kids. And just like me, my friend hates to throw things out – but that’s eventually what you have to do, unless you want to build another wing on your house to store Friendship Bread sourdough starter. 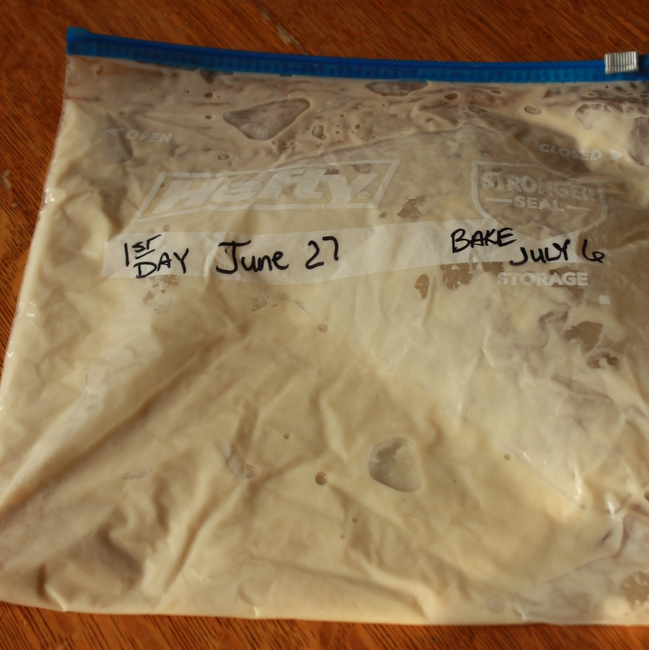 So I attempted to solve a few of these issues plus lighten the 4 cups of sugar and nix the pudding mix. Because: This. Bread. Rocks! It’s moist, cinnamon-spiced and perfect for quick back-to-school breakfasts or lunches.

So here’s a little chart to solve a few of the  issues with this bread and how I turned it back into Friendship Bread: 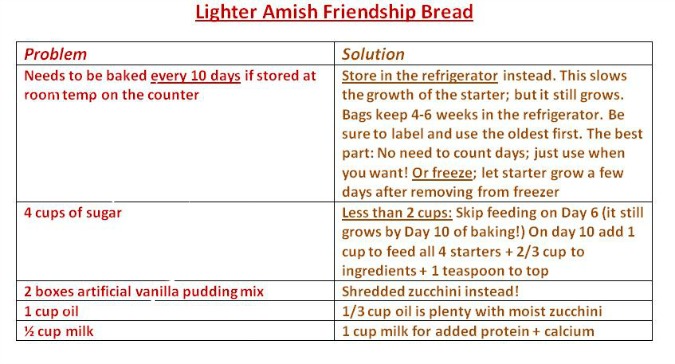 With half the sugar and fat – thanks to a secret ingredient; friends will love this version of Friendship Bread.

Have you ever made Amish Friendship Bread? Do you use the original recipe – or make a variation?

Speaking of variations…I didn’t have green zucchini the last time I made the Amish Friendship Bread, so I used these overgrown Pattypan Squashes from my garden. Do you see the little yellow specs in the photos?! 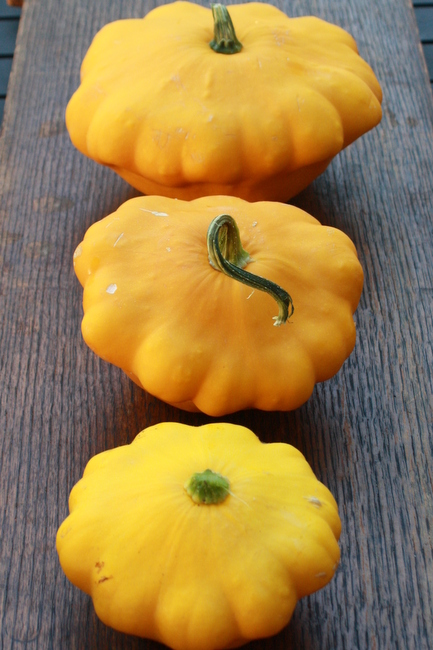 Thanks friend...and the wise friend who gave the bread its TRUE name!

I was obsessed with the Amish market in America and swear all their food products tasted better! Thanks for the recipe!

I know, the Amish are great bakers and canners!

ellie | fit for the soul

Any recipe with the word 'amish' in it seems to be amazing~why is that? I wonder. The bread looks extremely moist and like something I'd polish off within a few days by myself. ;)

Yup! We eat a loaf in about 1 day around here. Luckily, there are plenty more sour dough starter bags still in my fridge! (:

I love Amish Friendship Bread, but yes, it can be a bit of a caloric -- and time consuming -- nightmare!

I love how you've fixed all these problems ... awesome post!

Thanks Kimberly. I was overwhelmed too. But hey, I think you live close enough to drive too...don't be surprised if you find a little bag with a date marked on it on your doorstep...along with some zucchini of course! (:

I love how you broke out how you fixed everything... that is a really cool idea and lots of great substitutions!

Thanks Cassie! It's even better when it tastes this good...and my kids ask for it again and again!