Disclosure: The Southeast Dairy Association compensated The Recipe ReDux (co-owned by ReganMillerJones, Inc. and Teaspoon Communications), to sponsor this recipe contest. We are therefore not eligible to win prizes associated with the contest. Opinions expressed are our own.

When The Recipe ReDux announced this current recipe contest for our members: “Festively Lactose Free” (sponsored by the Southeast Dairy Association), I knew exactly which recipe I was going to make: Snow Pudding.

The challenge was to make a holiday favorite using lactose-free milk. I was introduced to Snow Pudding soon after I started dating my future husband. For every holiday or just about every celebratory get-together (there are A LOT of these when you are one of 11 children and have 16 nieces & nephews), there is Snow Pudding on the dessert table. Mimi (Jim’s grandmother) was the originator of the recipe (rumor has it that she adapted it from a cookbook received as a wedding gift in 1930.) 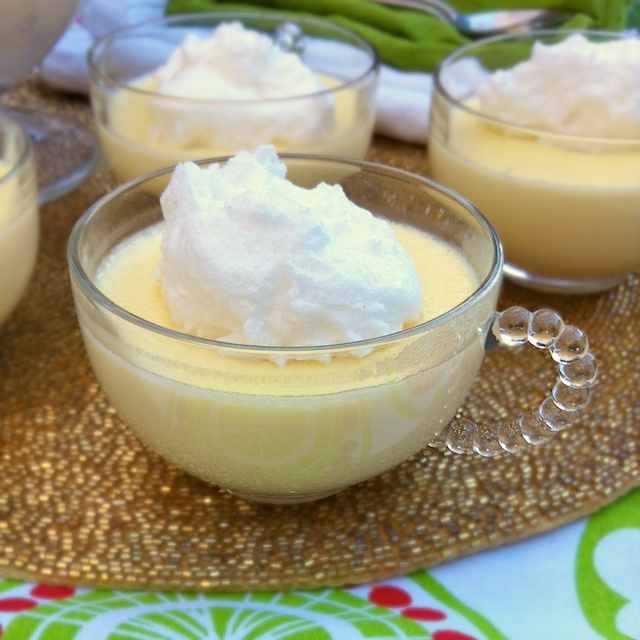 It takes a little time to make but the final effort is delicious and pretty, too. The two parts of the recipe are a basic vanilla custard and lemon flavored “snow” topping which consists of egg whites, gelatin, sugar and lemon juice. Of course, the custard is milk based, so for this version, I used 1% lowfat lactose-free milk and it worked beautifully. Lactose-free milk is actually real dairy milk – the enzyme lactase is added to break down the natural milk sugar, lactose. As a result, it tastes slightly sweeter than regular milk but still offers the same nine essential nutrients.

As we host Christmas every year to about 30 people, I’ll look forward to making this version of Snow Pudding, especially since my mom – who has lactose intolerance – will now be able to see what everyone’s been raving about over the years.

Go lactose-free for the holidays with this recipe for Snow Pudding. Vanilla custard made with lactose-free milk topped with a lemon meringue “snow.”

This recipe makes extra “snow” which you can also use as a pie or cake topping. 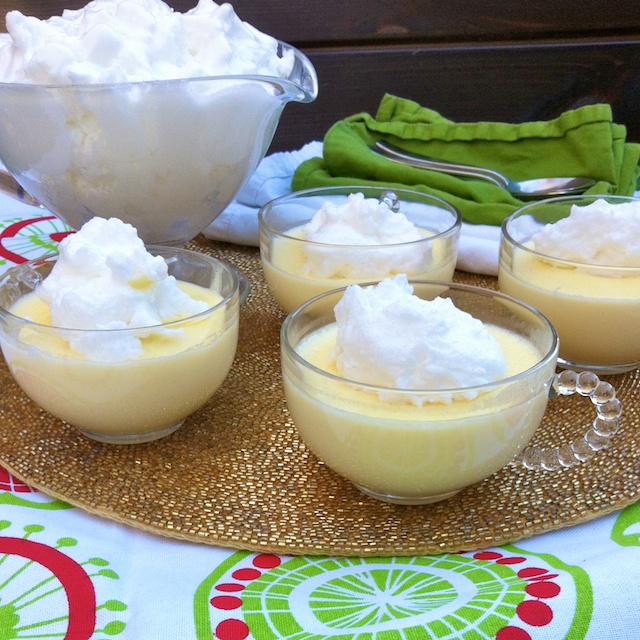 You can serve the snow pudding already topped with “snow” or do as Jim’s family does, serve the “snow” in a large pitcher and everyone can dollop as little or as much as you like. You still make have leftover “snow” which is equally as tasty on top of pie or cake.

Have you ever cooked with lactose-free milk?