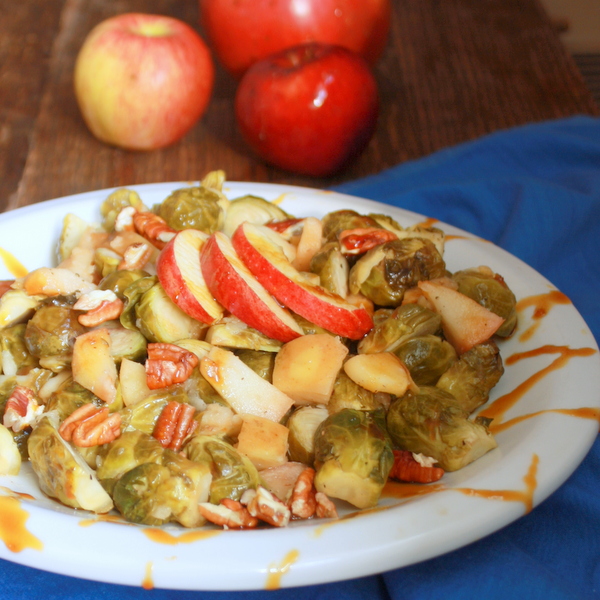 It was like an episode of Iron Chef played out in my house. The judges were my kids. And the ingredient challenge: Brussels Spouts.  I had to try to get the kids to like them.

I’ve tried lots of times before. And failed. (Not a bad thing, that’s more for me. And I adore Brussels sprouts.)

I prepared Brussels sprouts with all my usual tricks – but failed in the likability category. Here’s my list of tricks that typically work as For-Sure Ways to Get Kids (and Husbands) to Like Veggies:

But it was the slow cooker that worked! And it was all about texture: After just one hour in the Crock Pot, these Slow Cooker Brussels Sprouts with Apples are still firm to bite, but soft enough for kids to chew. They’re also – and this is KEY – not mushy! The cooked down into (familiar!) chunky, sweet apple sauce. At the end, just stir in a bit more sweetness – some maple syrup – and some pecans for crunch. The dish received two-thumbs-up from all four of my little judges. (OK, full-disclosure, one judge gave it only one-thumb-up.)

This recipe for Slow Cooker Brussels Sprouts with Apples is also a perfect side for this time of year because it is: 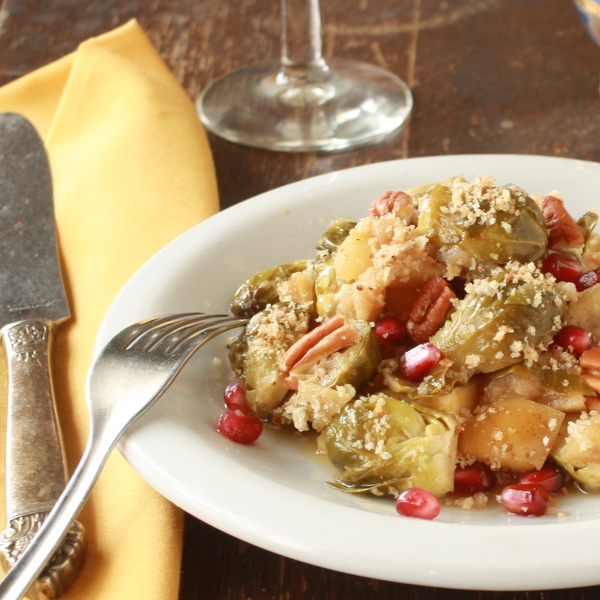 How to Get Kids to Like Brussels Sprouts (Apples, maple syrup and magic are involved!) via @tspcurry Click To TweetMy kids ate it on a ‘normal’ night as a side for Cornmeal Crusted Fish sticks…before we rushed out the door to Christmas choir practice. So yes, it was a timed challenge, and I won!

Do your kids eat Brussels sprouts? Any other veggies they won’t touch?

What a great idea! I've always roasted them but I love this. I have to try this on my kids. Thanks for sharing!

Thanks Betsy! I'd love to know how often you (and other folks in Germany) use their slow cooker?!

I need to try brussels sprouts in the slow cooker and I bet I would LOVE them because I love them roasted too! Pinning this for later to try! yum!

Thanks Rachel. Off to check out your Gingerbread recipes! I so swoon over gingerbread!