Wake up your family dinner routine with the super flavors in this slow cooker version of Chinese Chicken Hot Pot. 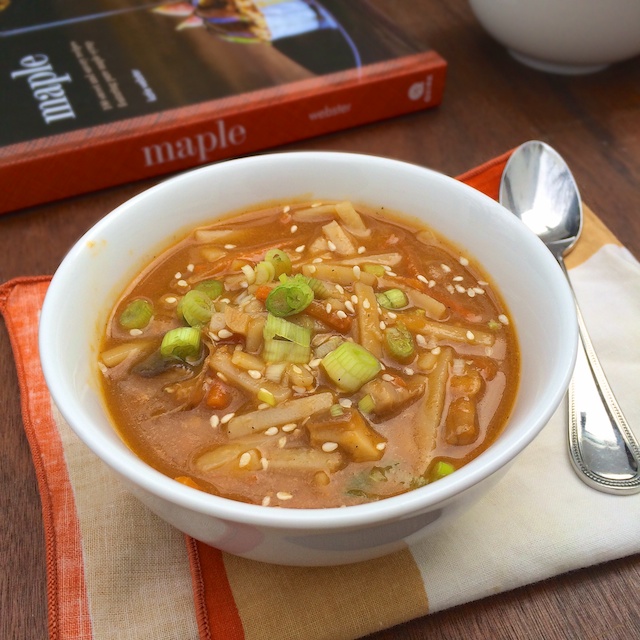 Disclosure: I received a free copy of Maple but was not obligated or compensated to write this post.

Sprinkled in with our holiday themed posts this month, we’re also posting some family-friendly, “let me get a decent meal on the table during this crazy end of the year time” recipes this December.

Focusing on this theme is how I selected this specific slow cooker chicken recipe to share with you all from this gorgeous new cookbook, Maple: 100 Sweet and Savory Recipes Featuring Pure Maple Syrup. 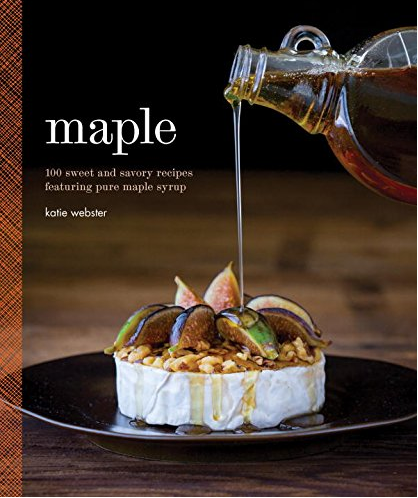 The author is the ultra talented Katie Webster of the Healthy Seasonal Recipes blog. I’ve long admired her work from afar (she’s a contributing editor to Eating Well Magazine) and over the past few years, I’ve been lucky enough to get to know her personally through the Cabot Fit crew, The Recipe ReDux and her speaking gig at our Blog Brulee conference.

Katie is also an accomplished photographer and food stylist, so her recipes are always enticing while being good for you, too.

She lives in Vermont on a property deep in maple trees – she and her family taps the trees every year so she knows what she’s talking about when it comes to pure maple syrup.

I know I’m a bit biased, but this is a beautiful book (check out that cover) and one I really wanted to cook from once I flipped through it – I found myself dog-earing so many pages like:

But this Slow Cooker Chicken Thigh Hot Pot recipe won out. And though I rarely use my slow cooker, if I only use it to make this recipe (and this slow cooker chocolate fondue), I’d still be winning.

Wake up your family dinner routine with the super flavors in this slow cooker version of Chinese Chicken Hot Pot.

This soup so flavorful and hearty – the only addition I made was to add in rice noodles at the end of the cooking time with 2 extra cups of no-salt broth.

On day 2 of the leftovers, I threw in a few handfuls of spicy greens (arugula & baby kale) while reheating the soup on the stove (<– soup is a great way to get more leafy greens into your day if you get tired of salads like I do.)

The last ingredient says 2 tbsp...2 tbsp of what? Thanks!

Ooops! That was a typo - there is no extra ingredient to the list - thanks for checking in - hope you get to make it :)

This looks like my kind of soup! Love Katie's recipes - definitely need to try this. And your pics are gorgeous!

That sounds so delicious. Love your ideas for additions, too. That book is gorgeous.