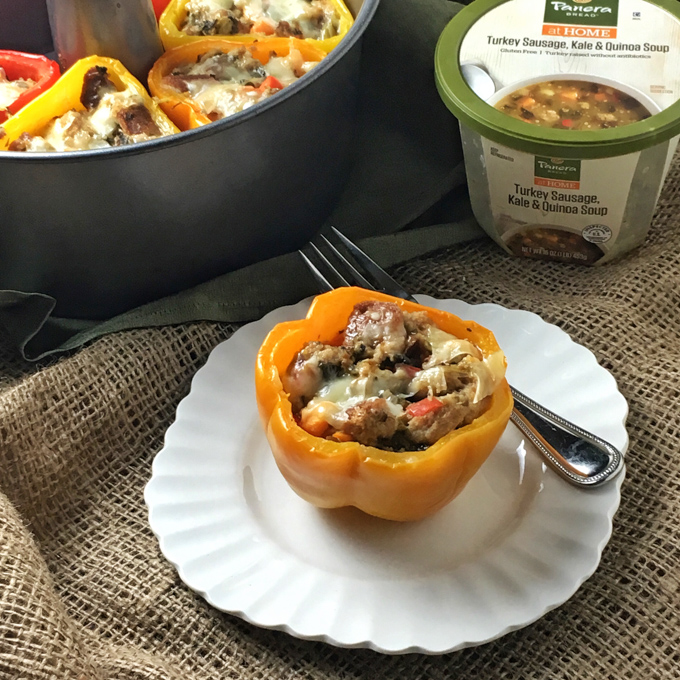 [Disclosure: As co-founder of Blog Brûlée, I was partially funded by Panera Bread via their sponsorship of the event. Opinions are my own.]

Besides making cooking videos and streaming Facebook live casts, I can’t say my 10-year old knows exactly what I do for a living as a non-traditional dietitian.

Case in point: when I tried to explain to her what I’d be doing while I was in Vermont a few weeks ago for this year’s Blog Brûlée MASTERS event, she didn’t seem remotely interested. Until I mentioned that Panera at Home was one of the sponsors to which she perked up and said “I love Panera! It’s my favorite restaurant.”

My daughter has had a love affair with Panera (particularly their mac & cheese) for most of her life at this point. And I’ve been a fan ever since my friend in Michigan introduced me to the brand many years ago as her suburb was one of the first expansions of their bakery-cafes. Fun fact: there are now over 2,000 Panera Bread outlets in 46 states and Ontario, Canada 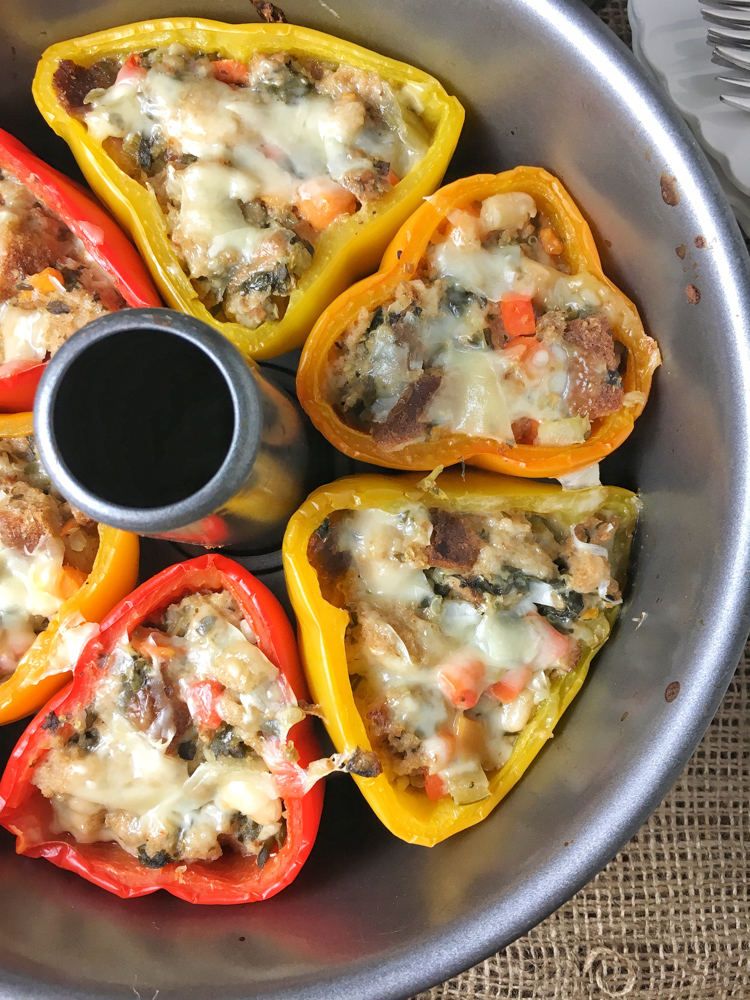 But I didn’t even realize until they came on board as a Blog Brûlée sponsor, that they now have a Panera at Home line in grocery stores nationwide. (Link to their store locator here.) At the event, we learned about their offerings: refrigerated soups, refrigerated salad dressings, refrigerated mac & cheese, sliced bread and coffee – we even got to sample several of their products.

Not only are the Panera at Home offerings are a great solution for easy dinners, they also make excellent ingredients for short-cut recipes or meal ideas like Autumn Squash & Chicken Casserole, Asian Chicken Chopped Salad and Thai Tomato Coconut Soup.

And just like all the menu items in their bakery-cafes, all the Panera at Home products are all free from artificial preservatives, sweeteners, flavors and colors from artificial sources. 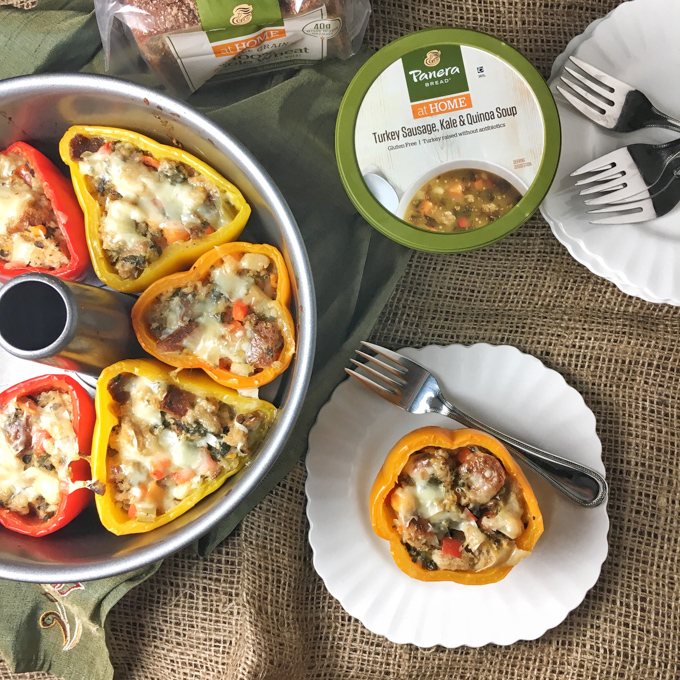 I took a stab at using a few of the Panera at Home products to make a simple,  4-ingredient meal and the result was these super flavorful, super easy stuffed peppers. Granted, the Turkey Sausage, Kale & Quinoa Soup is delicious on its own but that’s why it’s also a terrific ingredient for a quickie meal as well.