An Italian dessert featuring pomegranate for a festive winter color and flavor! 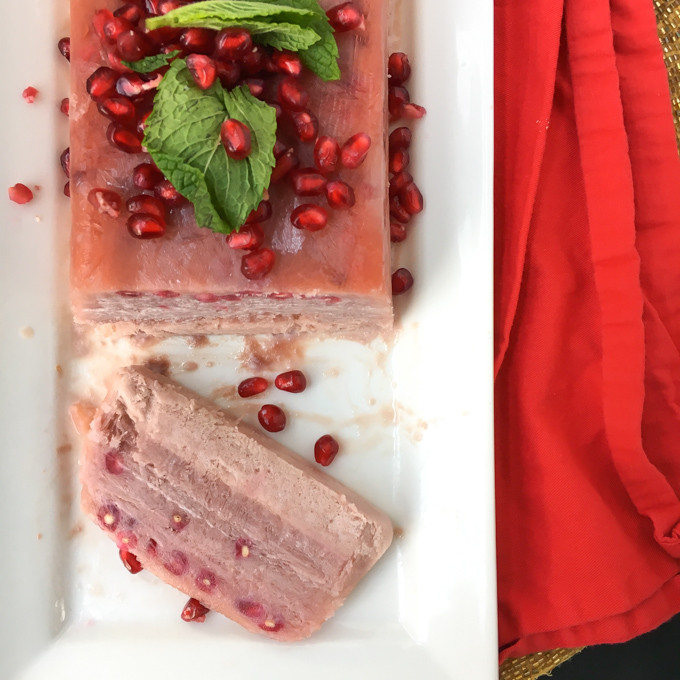 This month’s Recipe ReDux theme is:

So, I cheated a bit and used a magazine.

I won a subscription to the gorgeous Donna Hay magazine last year thanks to a raffle donated by a2 Milk at a Food and Culinary Professionals reception.

If you aren’t familiar with Donna Hay, she’s the Australian equivalent to Martha Stewart (even better IMHO) and first credited with food photography going with a cleaner, more simple, white on white style in recent years.

On page 102 of last year’s December/January issue there was this gorgeous photo of a Raspberry Cream Semifreddo along with the copy: “The classic pairing of sweet raspberries and cream in this icy dessert is the perfect way to cool down on a hot Christmas day.” 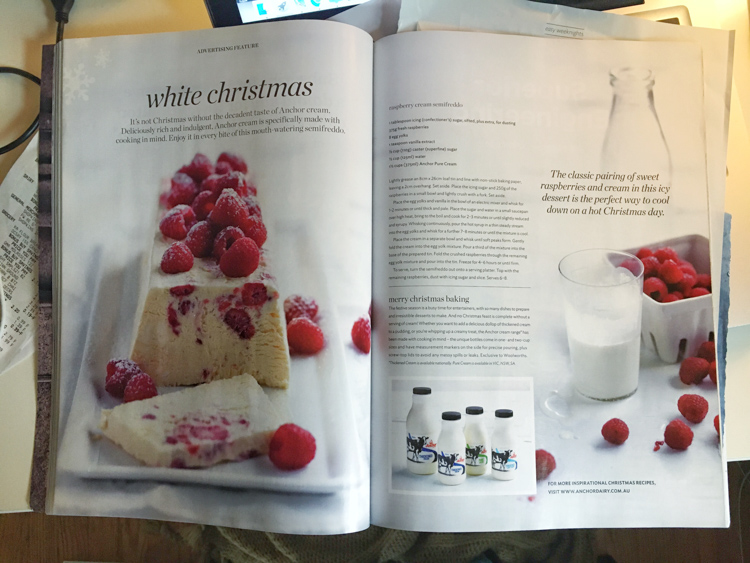 Oh the irony, living here in the Northeast, of having a hot Christmas day (though last year it was in 60s.)

I’ve never made semifreddo before – which is Italian for “half-cold” and is typically a softened version of ice cream made with cream, eggs and sugar, frozen in a rectangle mold and served sliced. So, I pulled out the Italian version of the Betty Crocker cookbook –  The Silver Spoon – and lo and behold, several semifreddo recipes appeared on page 1102 (so I’m back to following the theme rules after all.) 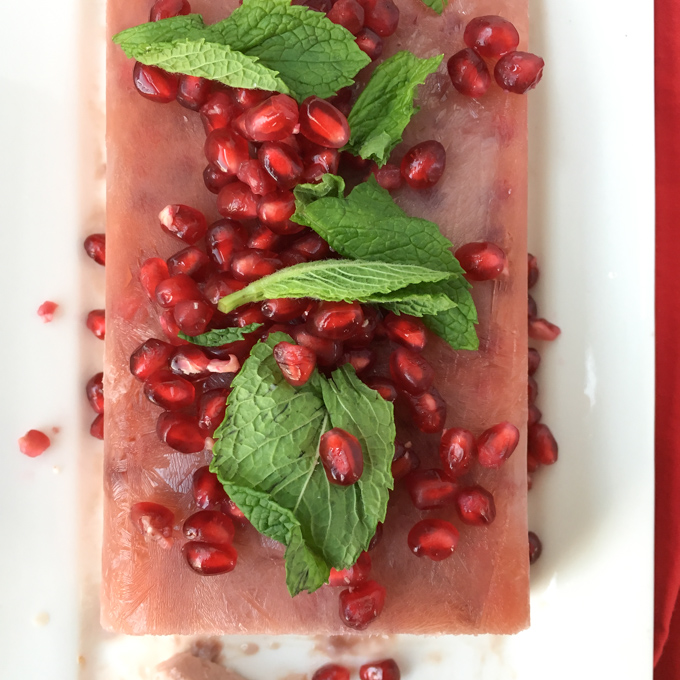 Here are the tweaks I made in my semifreddo version:

An Italian dessert featuring pomegranate for a festive winter color and flavor!

Truth be told, I tested this recipe three different times. First time, I used too much pomegranate juice so it was an icy mess. The second time, I beat the pomegranate juice with the egg yolks so the color was rather…..greyish-brown.

Third time around, I mixed the juice with the egg whites which turned a prettier light pink hue. But tthe final product was more like a layer of granita on the bottom and ice cream on top. Next time, I think I’ll thaw it in the refrigerator for about 10 -15 minutes before serving – after all semifreddo is suppose to be “half cold” not “all cold.” 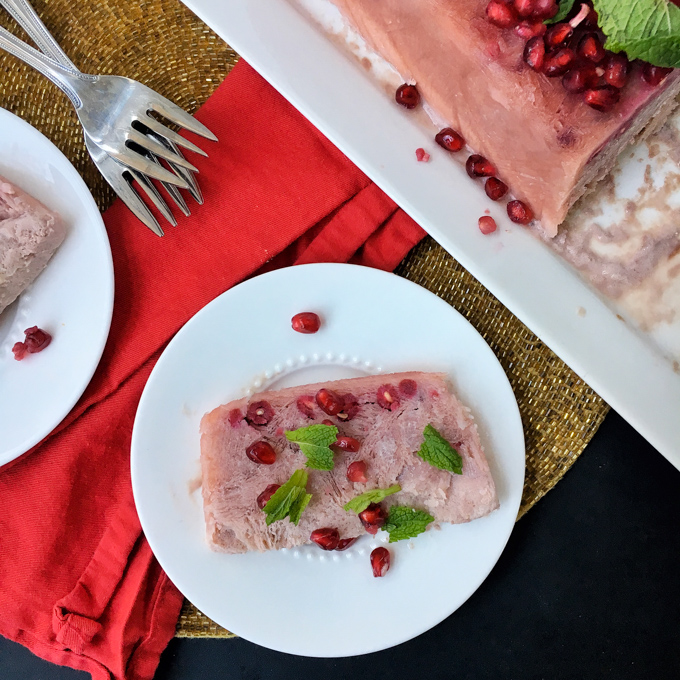 this looks way too delicious and tastes delicious as well. Tried it with my husband and turned out to be super delicious. thanks for sharing

Looks delicious! Thanks for the detailed and inspirational post!

That looks so good!!! I love pomegranates. I can't wait to try this recipe.

Never heard of Donna Hay, will be on the look out for her now! Thanks for sharing, love the recipe!

She has amazing style and taste :) Thanks for the comment!

Haha, I can't believe you cheated and used a magazine! Perks of being a founder, lol!! Seriously though, this looks fabulous- absolutely perfect for a hot Fort Lauderdale Christmas!