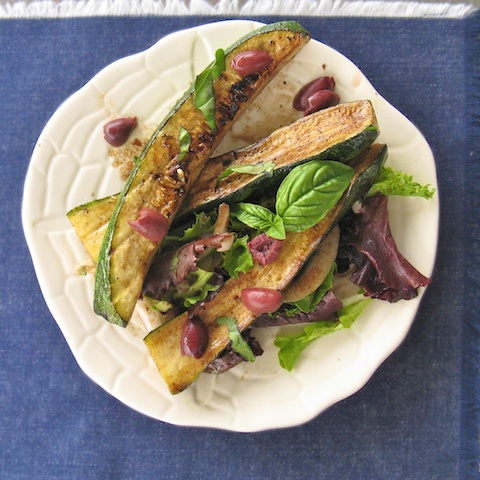 I thought I was staying just ahead of the garden zucchini plant. There’s that window – only about a day – before the zucchinis bust out of the small to medium size and become giants. And it’s the giants that end up with the poor reputation. It’s it’s the giants that appear in a pretty basket on the neighbors doorstep – or as storyteller Garrison Keillor describes, it’s the giants that end up in the backseat of all unlocked cars in Lake Wobegon, Minnesota. The giants are somewhat undesirable because they begin to get woodsy and have large seeds.

So I had a few medium-sized zucchinis and a few almost giants on my hands. Usually the giants are fine for zucchini bread or muffins or even shredded and sauteed to add to pasta sauce or the Corn & Zucchini Tuna Burgers I posted earlier. But I needed a side to go with our grilled hamburgers and with the grill hot, grilled zucchini seemed perfect. Unlike small zucchini which are almost too flimsy to grill without a grill basket (which I don’t have) the medium and almost giants did not fall through the grill grates. I grilled the zucchini slices just as the burgers were finishing up so some of the dripped juices and residual grilled beef numbins gave the zucchini a fabulous smokey flavor. 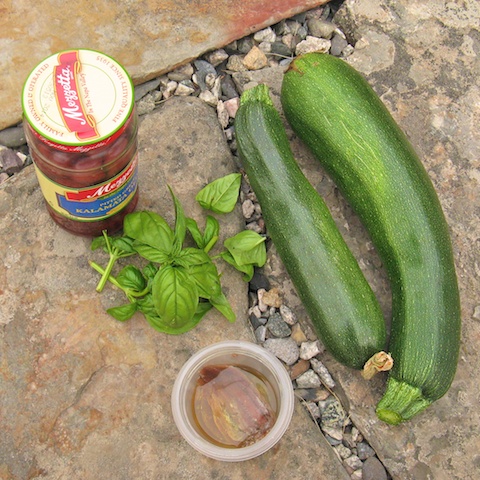 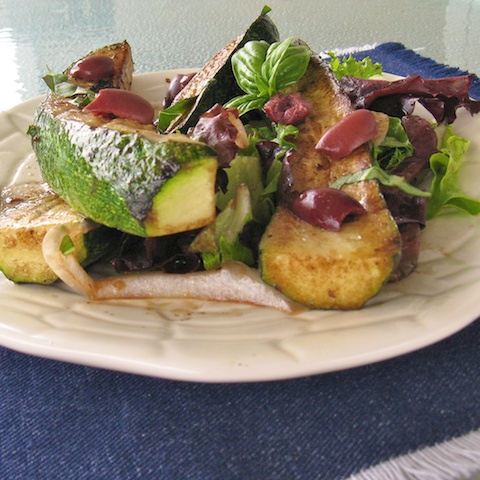 This sounds amazing Serena! I do love anchovies in the right dish! I can't wait to try it! Teresa

This looks fantastic! I hope I get enough out of my crop to make it. Powdery mildew just made it's debut :(

What a fabulous salad! I love the grilled zucchini, about the only way I like zucchini. The anchovy is an interesting twist!

Thanks MJ! You can't really taste the 'fish' just some salt and nice unami!

Now I'm really wishing I had some zucchini growing, small, medium, or giant! I like grilled zucchini much better than sauteed or raw, but I did make some yummy zucchini {and feta} fritters a couple of weeks ago that were delicious-even my hubby and non-zucchini loving daughter ate them :-)

Thanks EA. OK, full-disclosure, not ALL my kids ate the grilled zucchini. But they ALL do eat zucchini fritters too! Haven't made them yet this year, thanks for the reminder!