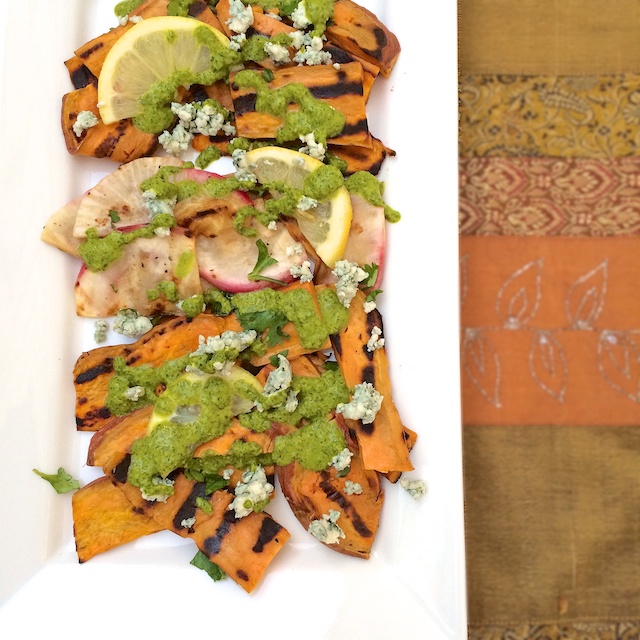 Do you hoard cookbooks?

I have been guilty of this in the past – along with holding onto many, many back issues of Cooking Light, Gourmet, Saveur and Cook’s Illustrated.

But nowadays, I rarely buy new cookbooks (and the magazine pile is much thinner) – thanks to the abundance of recipes available at our fingers tips online. And if I do purchase a cookbook, it’s gotta be one that really speaks to me.

I’m a bit late to the Ottolenghi party. I had heard about Plenty for years (Plenty More just came out a few months ago) but it wasn’t until the release of Jerusalem when I realized how special Yotam Ottolenghi’s cuisine and recipes are.

It’s like he’s breathed new life into basic foods, relying on his Israeli upbringing and throwing Syrian, Turkish, Lebanese, Iranian and Armenian flavors into the mix while making recipes not too daunting for us Westerners.

After flipping through Plenty, I wanted to make just about every recipe in the book and this “mixed veggie grill” rose to the top when I had some root veggies from my fall CSA on hand. 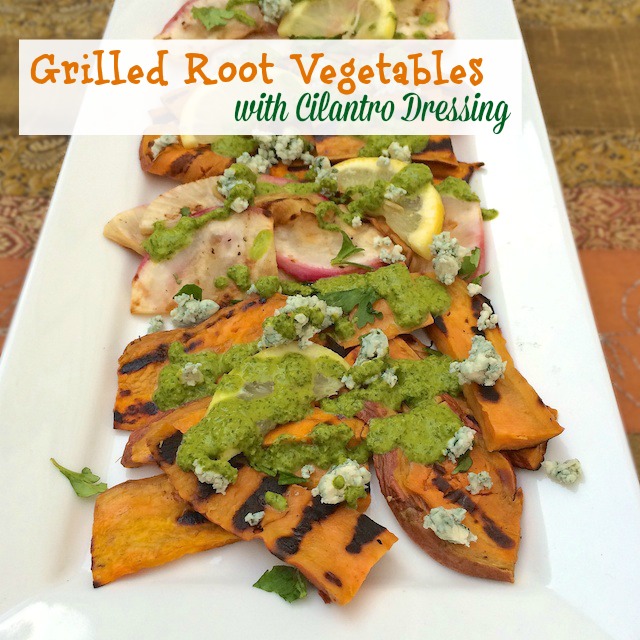 I put my own spin on Ottolengh’s original recipe – he featured zucchini, kohlrabi and eggplant while I went with sweet potatoes and beets. You could also use parsnips, turnips, potatoes, rutabagas – just about any sturdy vegetable you can slice thinly.

I also used cilantro instead of parsley for the oil drizzle but I have to say, it’s delicious either way. 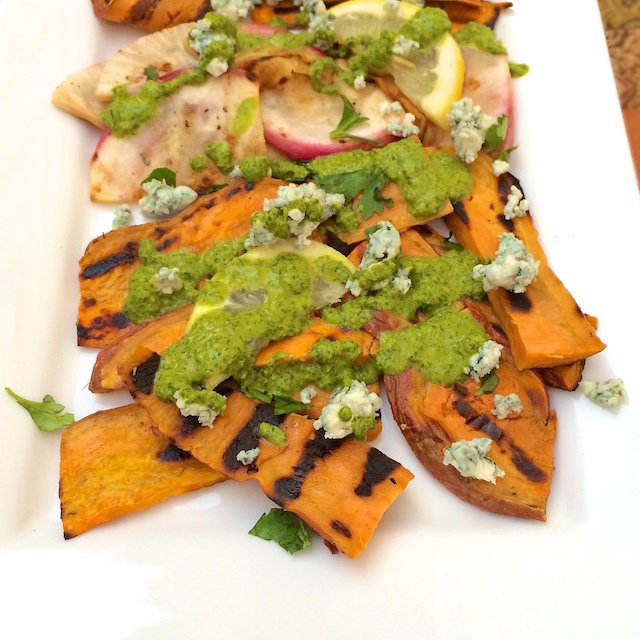 This is one of those vegetable recipes that’s going to get me through the winter along with these dishes that I cook when the wind chill kicks in:

Do you own any Ottolenghi cookbooks? What are your go-to winter recipes once the cold weather kicks in?

Friday Thoughts - The Adventures of MJ and Hungryman

[…] very delicious) ways.  Two recent posts by fellow Recipe Redux members, Meal Makeover Moms and Teaspoon of Spice helped me finalize the decision to purchase my own copy.  After trying my first recipe, […]

20 Veggie Packed Recipes to Kick Off 2015! - The Nutritious Kitchen

[…] Grilled Root Vegetables with Cilantro Dressing via Teaspoon of Spice […]

I've been drooling over this recipe since I first saw it! Especially the cilantro sauce-yum!! I would never have imagined it had Gorgonzola in it. Super yum! I do have Jerusalem which I purchased last year, and, sadly, still haven't cooked anything in it. On my 2015 list to do!!!

Yes - dust off Jerusalem and let us all know what you cook from it :)

LOVE Plenty! I bought it just for the photos and find veggie inspiration every time I open it! Must try that cilantro dressing - yum :)