[Disclosure: As a co-owner of The Recipe ReDux, I was compensated to co-manage this recipe contest with Kikkoman. I also received free samples of Kikkoman soy sauces. Thoughts and opinions are my own.] 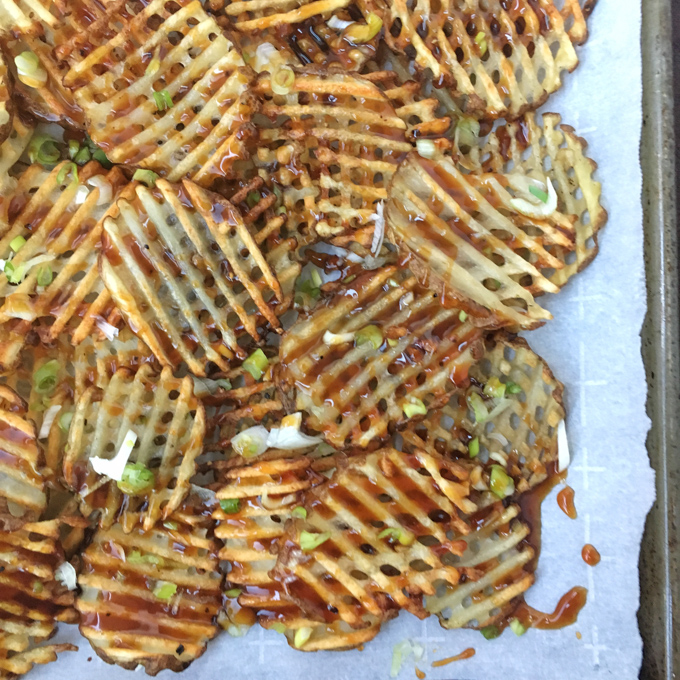 Our latest Recipe ReDux sponsored contest with Kikkoman had me intrigued.

It’s no secret that soy sauce is often associated with being high in sodium but a study published in the Journal of Food Science found that swapping soy sauce for salt in recipes reduces the sodium by up to 50% without decreasing the taste or flavor of the dish. Researchers believe the umami – that’s the savory/meaty flavor of soy sauce – is what makes for an acceptable swap for salt in these recipes.

Kikkoman has challenged our ReDux members to create dishes that substitute soy sauce for the salt typically used in recipes in our “Sodium Saving, Flavor Raising” Recipe Challenge.

I always wanted to make waffle fries (I even bought this inexpensive mandoline to make them) so I figured I’d make them for this challenge and omit the salt that I always add to any type of fries and use soy sauce instead. 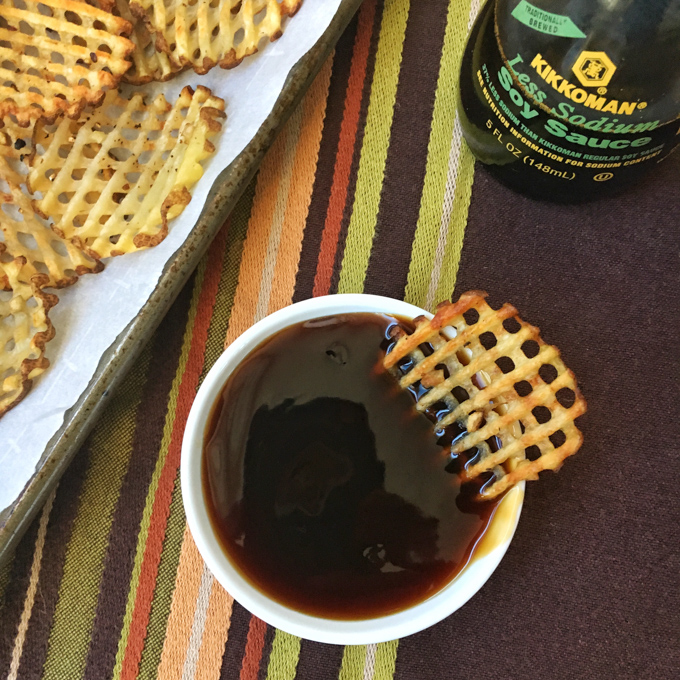 Now, I’ve been cooking with Kikkoman’s Less Sodium Soy Sauce for years but I’ve never used it to make a teriyaki sauce. While Kikkoman has their own Teriyaki Marinade & Sauce (regular, less sodium and gluten-free are just a few of the versions available), I wanted to try to make it myself.

Teriyaki sauce is typically made with soy sauce, mirin – a Japanese sweet wine – and sugar. I used honey instead in my version and a little cornstarch to make it thicker and “dippable” for the fries (you can dip them in the sauce or drizzle the sauce over top.) I also baked my potato fries using sesame oil and black pepper – no table salt needed here! 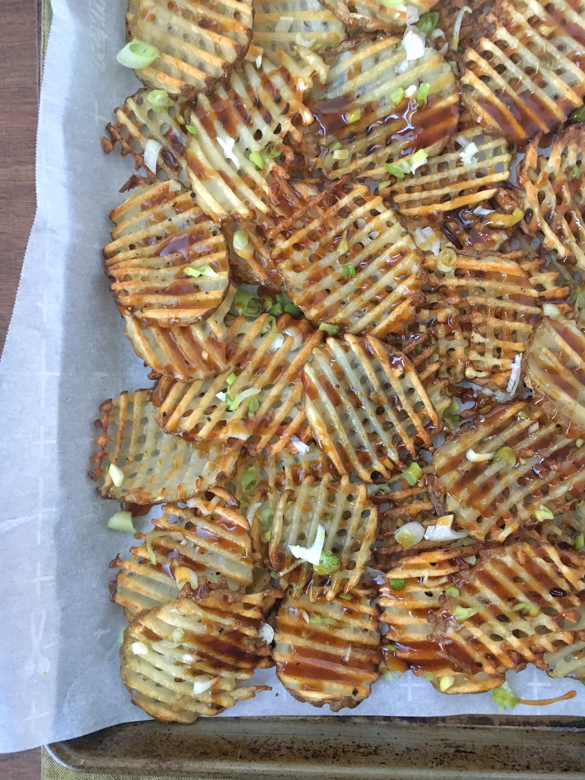 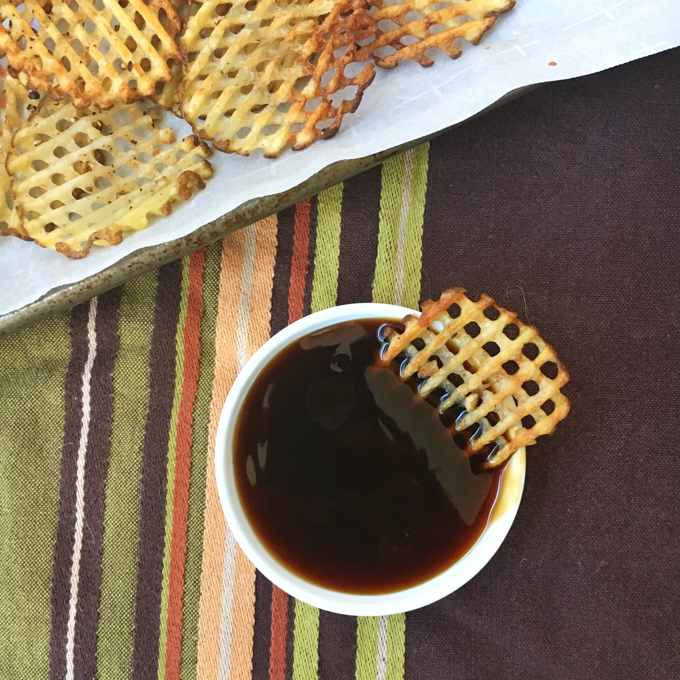 These look SUPER tasty! I love that you made these fries on your mandoline. I have a love-hate relationship with mine since I’ve cut myself more on it than anything else in my kitchen!

I"m not going to lie - the mandoline still scares the heck out of me!! If you didn't want to bother with the waffle cut, you could always slice them thinly with a knife or do a curly shape instead with a spiralizer.

I haven't made these in a while - thanks for the reminder :) LMK if you try them out!

Great Idea! Looks Yummy and Crunchy! I am gonna add this to my weekend Chart. :)

I was wondering how to make those waffle fries! These look amazing!

Ooh, what a great idea! These look so amazing... I need to make a giant batch! :)

Ohh these look SO good and I have been craving fries (a lot) recently. Love that you made your own teriyaki sauce - can't wait to try.

Wish we neighbors so we could share the outcomes of our recipes!