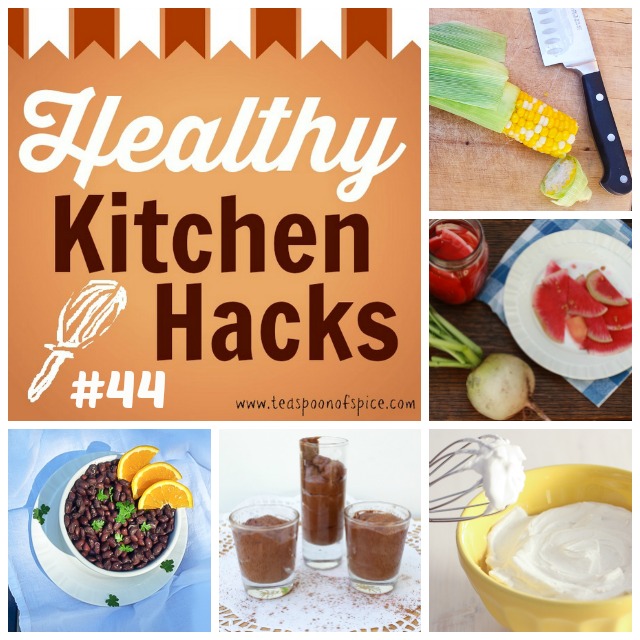 I felt like a mad scientist testing out kitchen hacks this week. At one point, while testing out which aquafaba was better (see below!) I had a mess of the following on my counters: 5 dirty mixing bowls, the blender, the food processor, 2 colanders, open cans of beans, about 20 tasting spoons… and happily, several bars of dark chocolate. (:

Read on to see what I was up to… 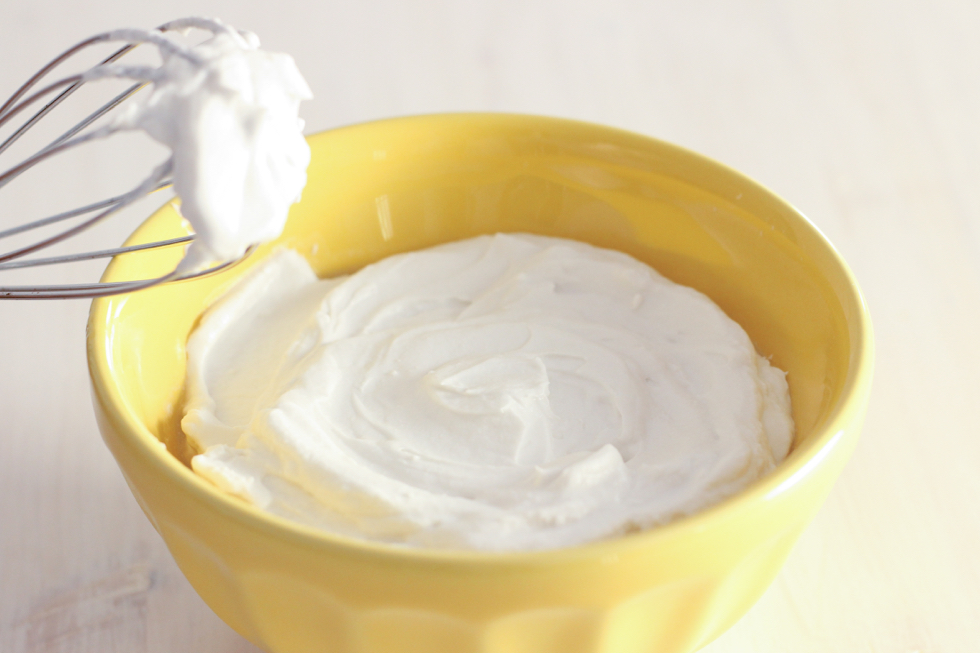 We always have dessert at my house; in the summer, it’s often seasonal fruit and fresh whipped cream.

I’ve been seeing vegan recipes for coconut whipped cream –  and I was curious – but I just wasn’t sure it would work. Thankfully, Marissa posted this easy Coconut Whipped Cream tutorial with lots of photos and tips.

And it whipped up beautifully.

We had fresh blueberries topped with Coconut Whipped Cream and a few shreds of shredded coconuts. My kids were in dessert heaven. 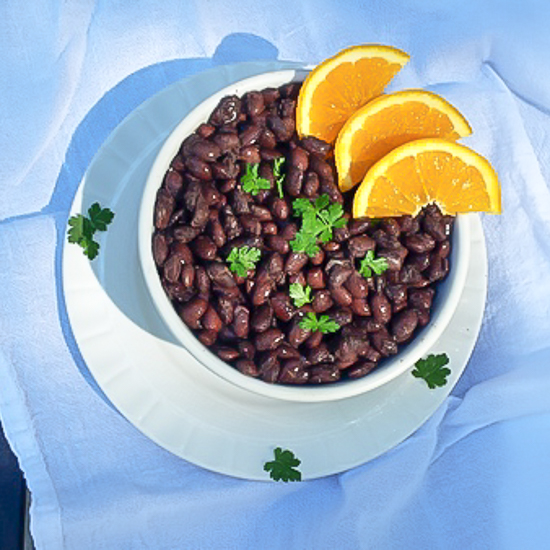 Got a can of black beans? And an orange? Then you’ve got a delicious side – or meatless main dish – in Orange-Infused Black Beans.

I tried this easy idea of seasoning canned black beans with orange zest and a few pantry spices just as soon as I read it in the June issue of Cooking Light. It was delicious. Next, I added the same spices to about 2 cups of dried black beans I was quick-cooking. Oh man – yum!

3. What is aquafaba?
Clotilde @Chocolate and Zucchini, Toby Amidor @FoodNetwork 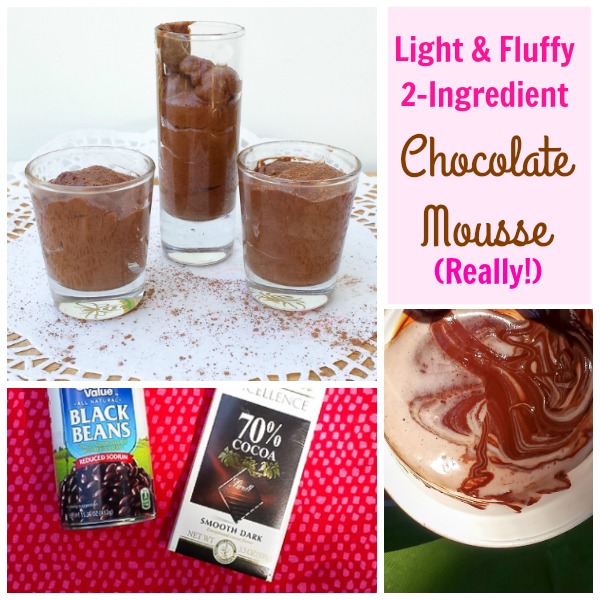 Have you heard of aquafaba? It’s a new vegan egg replacer that’s also a way to reduce kitchen waste; and is loosely translated from Latin as “water” + “bean”. Aquafaba is the liquid drained off of canned beans, or the remaining water after soaking dry beans. For more info, check out this aquafaba primer from Toby.

I’ve been seeing recipe mentions of chickpea, pinto bean and white bean aquafaba lately. But I’ve not seen a single reference to black bean aquafaba. So I was curious if that drained liquid leftover after making Orange-Infused Black Beans could REALLY be made into Clotilde’s Chocolate Mousse.

Like most of the 19 comment-ers on Clotilde’s recipe, I was shocked.

The black bean aquafaba whipped up into a light, super frothy mix that when folded into molten chocolate made the most ethereal chocolate mousse. (Yes, ethereal is a big word for chocolate mousse. But it’s totally appropriate here; defined by Webster ethereal is “extremely delicate and light in a way that seems too perfect for this world”!)

What was not ethereal was the chocolate mousse made from black bean soaking water. While it did whip up into a light texture, the fluffy peaks fell and dissolved when added to the melted chocolate.

4. How to Pack a Perfect Picnic

It’s picnic season. Food just tastes better when it’s eaten leisurely, outside; and while picnic blankets are optional, they are certainly preferable in my book!

We planned about a week of picnic recipes for PICNIC WEEK a while back. We also included Tips for Packing the Perfect Picnic plus recipes.

And as you head out to Fourth of July barbecues and bashes, don’t forget the picnic basket and these 5 Simple Tips for a Food-Safe Picnic from our friend Jessica Levinson @Nutritioulicious and her intern Kaleigh.  An easier way to husk corn on the cob + 4 more #HealthyKitchenHacks via @TspCurry Click To Tweet

5. An Easier Way to Husk Corn
Mike @The Blaze 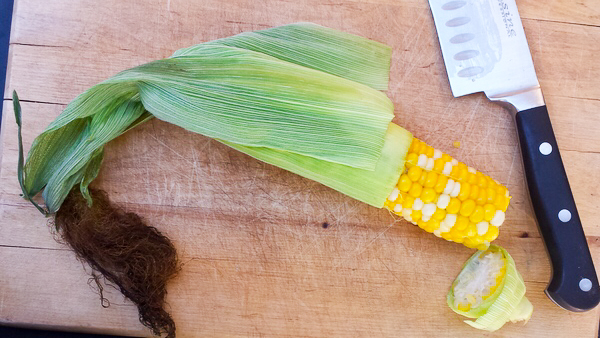 I’ll admit, the first time I watched this video, I giggled out loud. I never would have thought of this way to get an ear of corn perfectly clean of silk and husk. And when I tried it, the corn did come out clean as a whistle.

But it’s not exactly a time saver. Each ear of corn takes 4 minutes. IMHO, it’s easier to go outside with a dozen or more ears and husk away until the job is done. But done this ‘old-fashioned’ way, the ears are not exactly clean as a whistle.

So if you like silk-free corn – and are a #HacksJunkie like Deanna and I – check out this corn on the cob hack video.

Would you try any of these hacks? Do you have any healthy kitchen or healthy living shortcuts to share? Shoot us an email (or share in comments below and we’ll try them out.)

Do you think it makes sense to go with the salt-free or low-sodium beans vs. regular beans? Is the Aquafaba salty tasting? I'm curious if you tried both. Great video on FB!

Thanks so much for including our picnic food safety tips this week! That corn hack is pretty cool, but takes way too much time!! Love your hacks as always!