Yes You Can! Make Souffle Just Like Julia Child 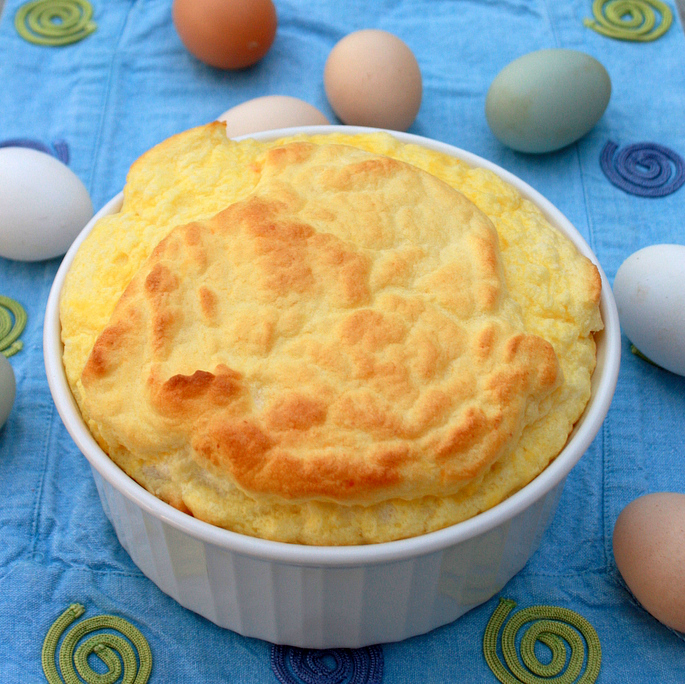 Only 15 minutes to make and 30 minutes to bake this basic souffle.~ by Serena Ball, MS, RD

It was a dark and stormy afternoon, and I was on my way to Julia Child’s house for Cheese Souffle.

The year was 1999, and I, a young nutrition graduate student had been invited to her Cambridge, Massachusetts home – YES, ME! – to work on a project dear to Julia’s heart. I remember like it was yesterday: The crazy excitement bubbling inside me as climbed the four steps up to her door in the rain.

Her assistant Stephanie answered the door. I was invited in and ushered through a small hallway: I remember glancing into a living room and seeing dated furniture in shades of avocado green and brown. And then, I was sitting down at the big butcher block table in JULIA’S KITCHEN! On the wall was this peg board….with these pots and utensils. And a big black stove. 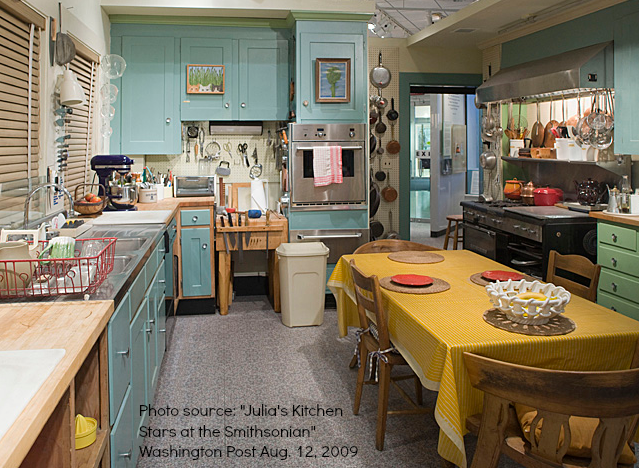 The phone rang. Stephanie went over to the wall and answered the big black phone with a long spirally cord. It was Julia! But she was calling from California.

And my dreams of soufflé with Julia: Deflated.

But not totally. I had somewhat misunderstood my originally invitation from Stephanie. I would still be working on a project near and dear to Julia’s heart (educating kids to cook with the American Institute of Wine & Food,) but it would be with Stephanie, not Julia. And, we would not be dining on a single morsel of food at that butcher table. 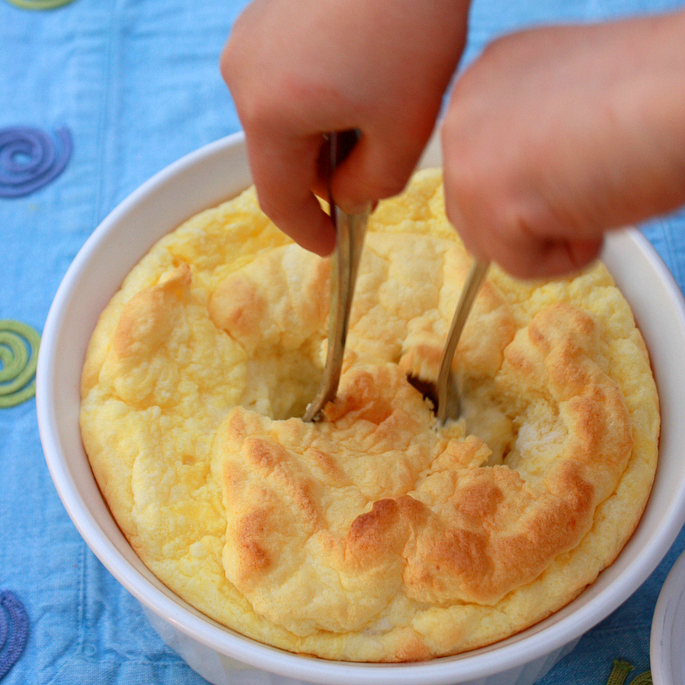 But in the end, that was probably better anyways. And here’s why: As Stephanie had an extended phone conversation (on that big black phone) with Julia, I had the chance to look (totally GAWK) around at EVERYTHING in her kitchen. The scene is pretty much cemented into my brain and it’s still pretty exciting to recall those memories – especially as I read Julia’s biographies and could actually picture her moving around her home, her kitchen, and lugging home her first television into that dark brown and green living room – so she could watch some of that ‘new-fangled’ TV – that she was already appearing on.

It was of course on TV that she created Cheese Souffle. And while I’d like to say I’ve made it dozens of times since, I haven’t: Only a few. I always forget how easy it really is. Honestly, listen to Julia Child on The Splendid Table, if you don’t believe me.

Lately, I’ve been using this recipe for Basic Cheese Soufflé – but altering it to use only 1 cup cheese. The recipe is pretty much fool-proof – but even so, it includes a wealth of soufflé egg tips. The soufflé would be so, so impressive for Easter Brunch: It tastes light and fluffy yet rich and cheesy all at the same blissful time! Or try this Chocolate Soufflé for a fancy (but easy) dessert. 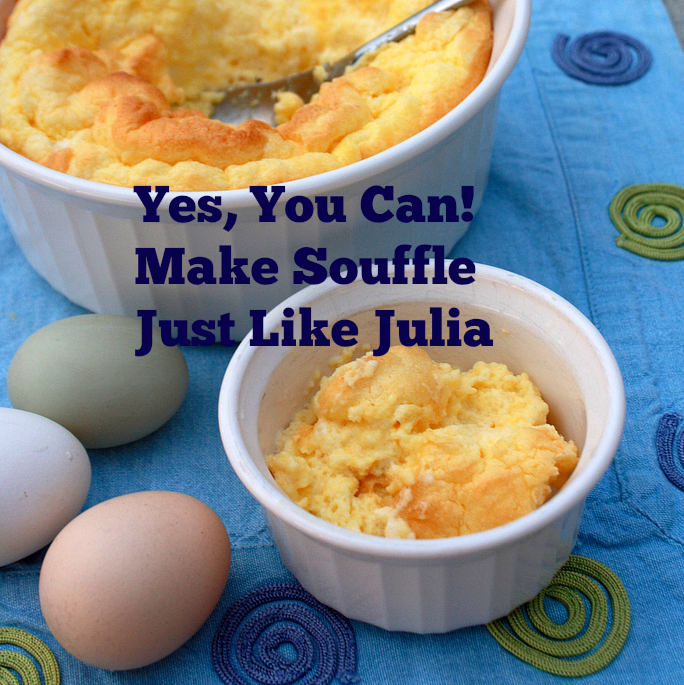 I did eventually quickly meet Julia. It was very exciting, but not nearly as magical as sitting in her kitchen and “seeing” the French Chef whip up soufflé, or cassoulet or another French favorite …that doesn’t rhyme with those first two…

Have you at all been inspired by Julia Child? Would you ever, ever try making soufflé? Let us know! 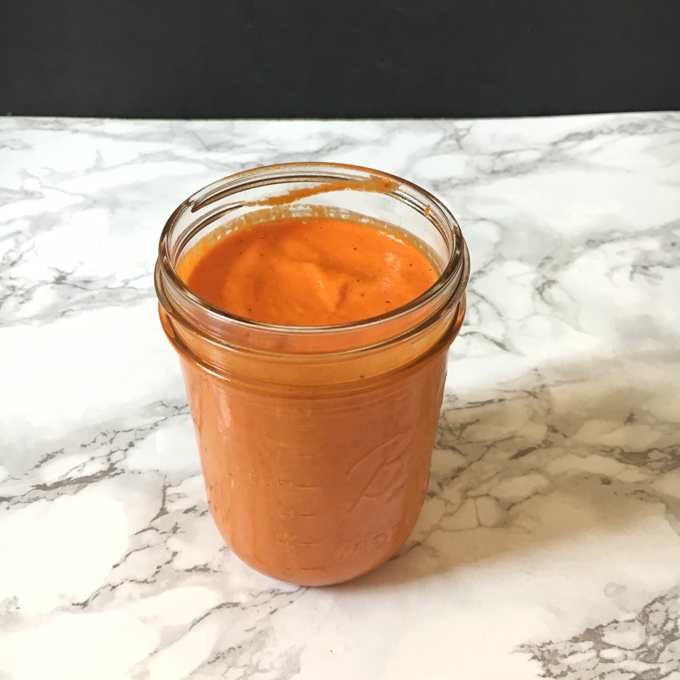 How To Make Romesco Sauce In Minutes | Healthy Kitchen Hacks