Practical tips to inspire kids in the kitchen. Plus: Ways to really get a your kids making a few dishes or even a whole meal.

Summer is a-coming. And while you could sign your kids up for a cooking class (and let the mess end up in an industrialized kitchen somewhere,) what fun would that be?

Plus, lessons that you lead will be way more practical for the way your family eats – in terms of nutrition and routines.

So where to start?

You may (or may not) have had your kids help you in the kitchen. But ‘helping’ is way different from these 3 Fun Ways to Really Get Kids Cooking in the Kitchen:

1) Give kids a free rein in creativity. That means open the pantry and open the fridge – and tell them “Create your own recipe for whatever you want to eat.” #LetGoOfControlIssues

When my now-11-year-old was 5, she created canned pear “brownies.” They weren’t bad. But the other day as I read the inspirational “Why You Should Throw Out Every Baking Rule” by Stef @Cupcake Project, I realized I hadn’t given my other three kids the same opportunity to create in the kitchen.

So, that’s what we did last week. The kids had a blast. And to my surprise, their creations were all fairly edible. Here’s what they came up with: 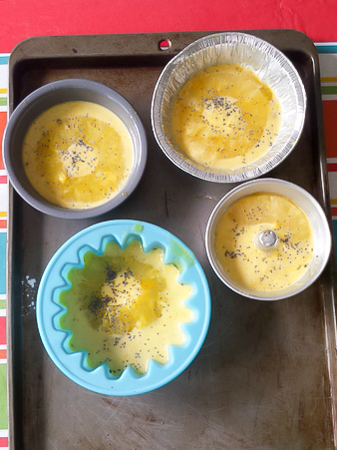 What I learned: The mess is worth it! The joy and pride on your kid’s face after bringing their very own creation to the table is a proud mom moment. Make them clean up their own mess; but know you’ll probably have to clean up a bit more later. 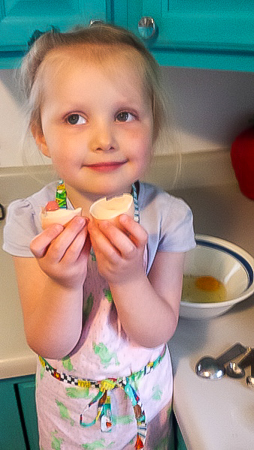 “Bean Salad” (from my 6 year-old): 1 1/4 cup dry quinoa, cooked + 1 can of cannelleni beans + a jerky stick + a teaspoon or so of fennel seeds + carefully chopped cashew nuts + spoonful of vanilla + several shakes of cinnamon, salt, pepper 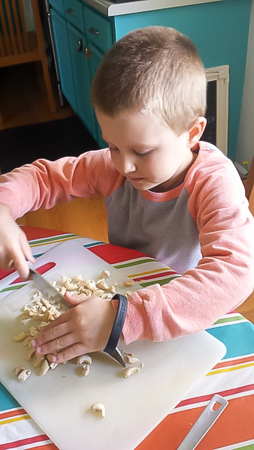 What I learned: Kids will cook what they won’t always eat. My son has never, ever eaten quinoa. But he thought the ‘seeds’ looked interesting – and it was 100% his decision to cook quinoa – and eat it. 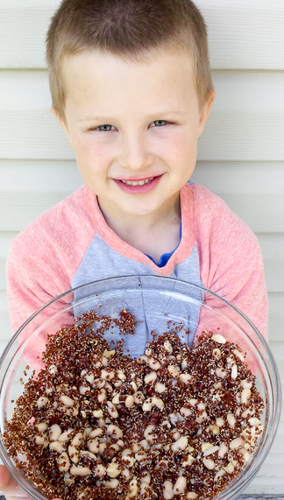 “Golden Raisin Cake” (from my 9 year-old): You can read my daughter’s “Golden Raisin Cake” recipe below. As an older child, she had a hard time NOT following a recipe – as she really wanted her cake to turn out. So, I told her to write down what she was dumping in. That gave her a sense that she was ‘following’ a recipe. 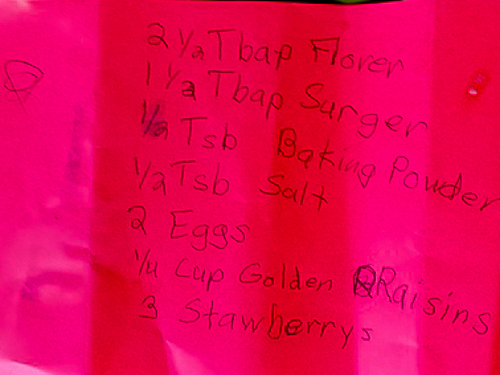 What I learned: Your kid’s skills may surprise you. If you’ve let them watch you in the kitchen, you may be pleased by the knowledge they’ve picked up. My daughter’s cake was very good (maybe a bit salty) because she’s made muffins with me many times. 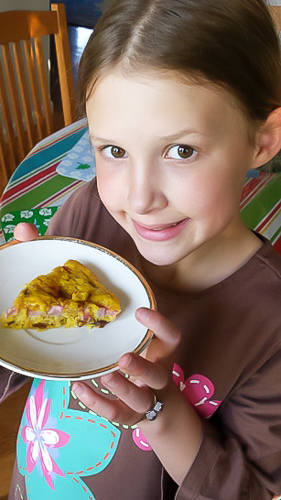 Now, for 2 more ideas to get kids cooking…

2) Stage a kids’ cooking show. Let the kids watch a couple episodes of Food Network’s Kids Baking Championship or Rachel Ray’s Kids Cook Off. And then hand them a recipe for a simple entree and a smart phone (or old digital camera with a video function – which is what I did). And they will have dinner on the table in  awhile.

What I learned: Don’t rush them! Give them time. Give them space. Be available if they have questions. But mostly, let them alone. Then sit down together and watch and laugh and LAUGH at their cooking show. Let a kid create a recipe from scratch: 3 Fun Ways to Really Get Kids Cooking in the Kitchen via @TspCurry Click To Tweet

3) Meal plan with kids. The meal may not be balanced the first time, but give them creative license.

What I learned: Teach them to follow these simple guidelines:

Appetizer – A fruit or veggie they and their siblings can munch on while waiting for dinner. (We do this on normal days and it keeps hungry kids in a better mood – and encourages them to eat fruits and veggies when they’re really hungry.)

Dessert – Start with fruit and see where their creativity runs. 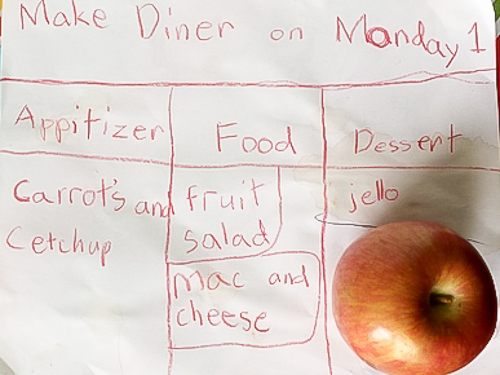 Need recipes to cook with kids? Check out our “Kid Favorites” recipe tag. Or start with this 4-ingredient Fresh Strawberry Pie. 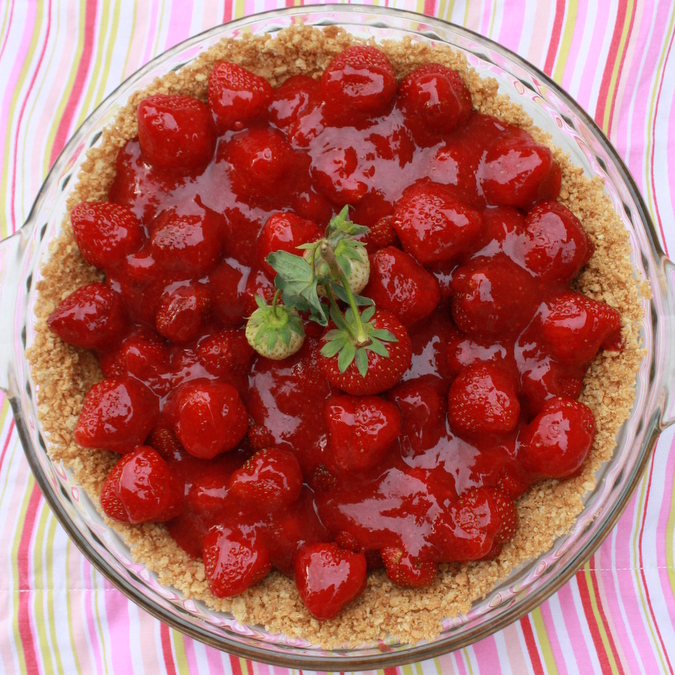 For more inspiration, check out this awesome 5 Rules for Making Cooking More Fun video with encouraging words for parents from kids and IKEA.

So, are you brave enough? Do you think you can open up your kitchen to your kids? Hey, you got a whole summer to work up the courage…

It's a great post. I started baking when I was 2 years old with my grandma and my mom let me help her cook often. I know it did a lot of good for me. Including it helped my math skills and math was really a struggle for me so anything that helped was good.

I totally love this! So many great tips and your kiddos did wonderfully with their creations. Give the ma round of applauds from me!

Caleb would like to eat Elijah's. Brynn says all looks good, but especially Thea's because she likes pies.

Well, I'm betting Caleb and Brynn are already pretty handy in the kitchen too!

So cute! All dishes looked good to me - well, mostly! What did Sophia make?

I love these tips Serena! And your kids and their creations are so cute!