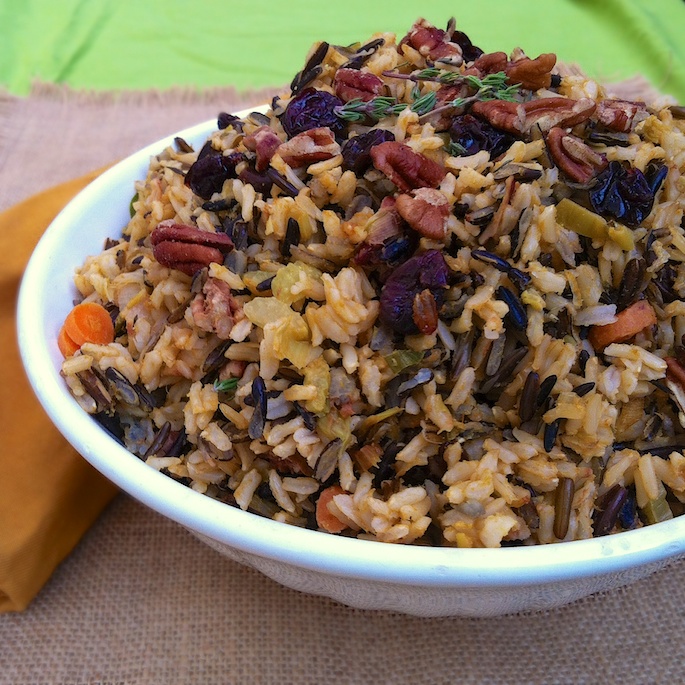 We’re less then two weeks out from turkey day here in the States and I’m dreaming about stuffing. I really do love all the traditional dishes on the Thanksgiving table – and don’t get me started on the beauty of leftovers – but what I’ll be getting second  helpings of is the stuffing.

As long as it’s made with some type of bread, I’m in heaven. Over the years, I’ve enjoyed my grandma’s basic bread stuffing with mushrooms, stuffing made from cornbread, stuffing studded with toasted almonds, and the list goes on. 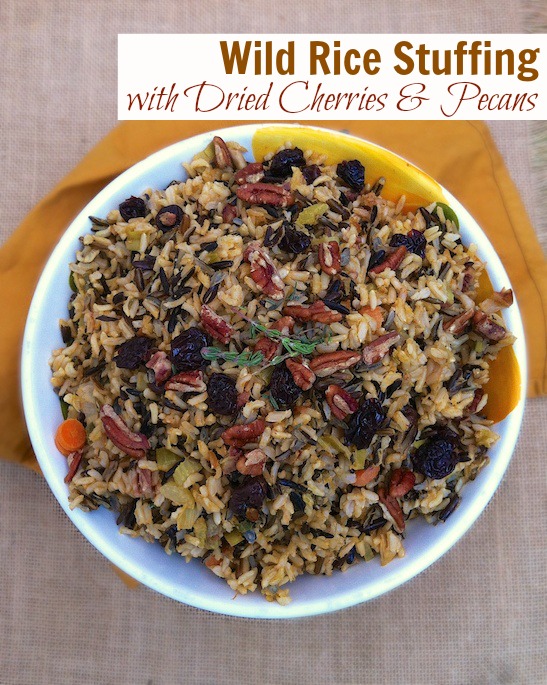 So, this particular stuffing, Wild Rice Stuffing with Dried Cherries & Pecans from Cooking Light’s new Lighten Up, America cookbook, is a bit off my traditional stuffing track. Instead of bread, it has a wild rice and brown rice base (making it super healthy and chockfull of fiber, vitamins & minerals) and it’s topped off with the sweet, nutty, salty mix of toasted pecans and dried cherries, which let’s face – are pretty darn delicious on their own.

In my book, I’d happily serve this for Thanksgiving right along a bread stuffing because after all, this is one of the few meals where you can’t have too many sides and they sometimes even outshine the turkey.

What’s your favorite dish at Thanksgiving? What type of stuffing do you like?